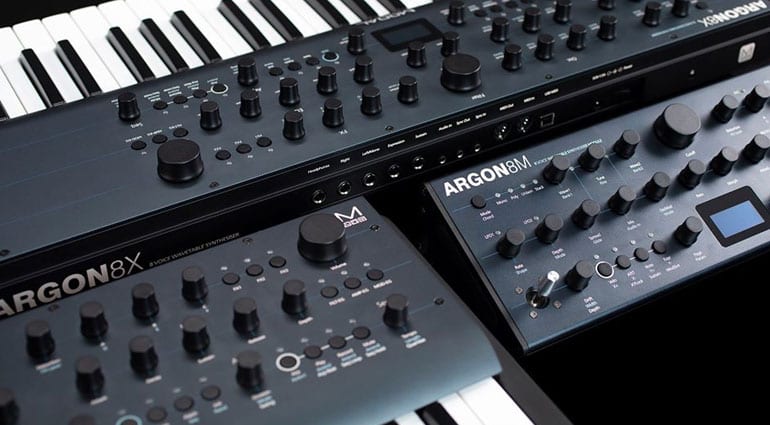 The Argon8 Wavetable Synthesizer from Modal Electronics that was released just a month or two ago is going to be joined by the Argon8X 61 note version and the Argon8M desktop module.

Same deal as the Argon8 – an 8-voice wavetable synthesizer with masses of on-board control – but with a longer keyboard. The Argon8X takes it up to 61 keys. It’s interesting how they’ve kept the layout all over to the left suggesting that the empty space on the right would be ideal for an iPad or laptop running the control MODALapp software; and that’s not a bad idea. Does seem a bit off-balanced though. 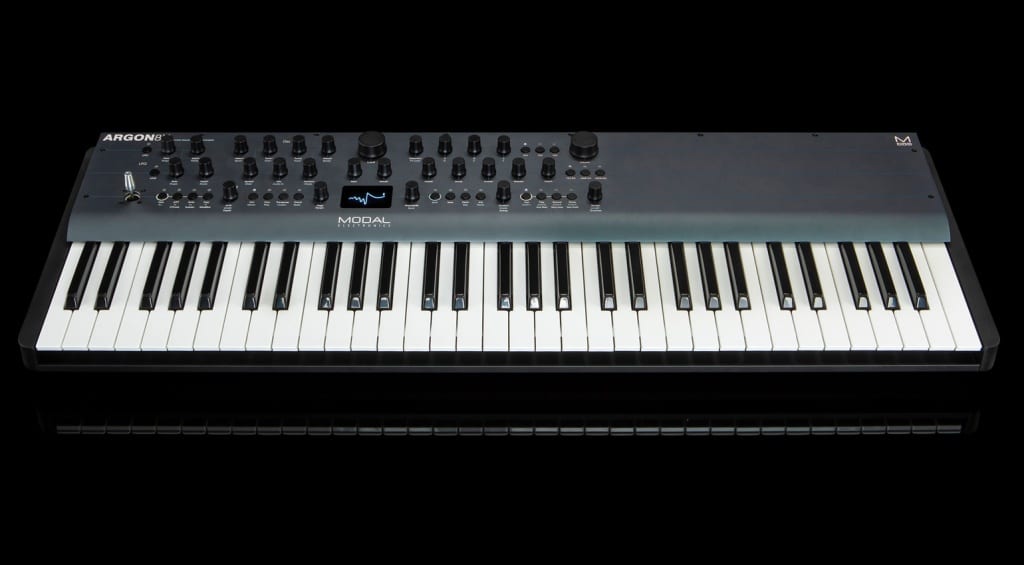 If balance is what you’re after then the perfectly formed Argon8M all that wavetableness onto your desktop in a compact and nicely laid out tabletop synthesizer module. It is 3U high and designed to fit in a 19″ rack system if so desired. It seems to have fewer knobs but otherwise the sound engine is exactly the same. 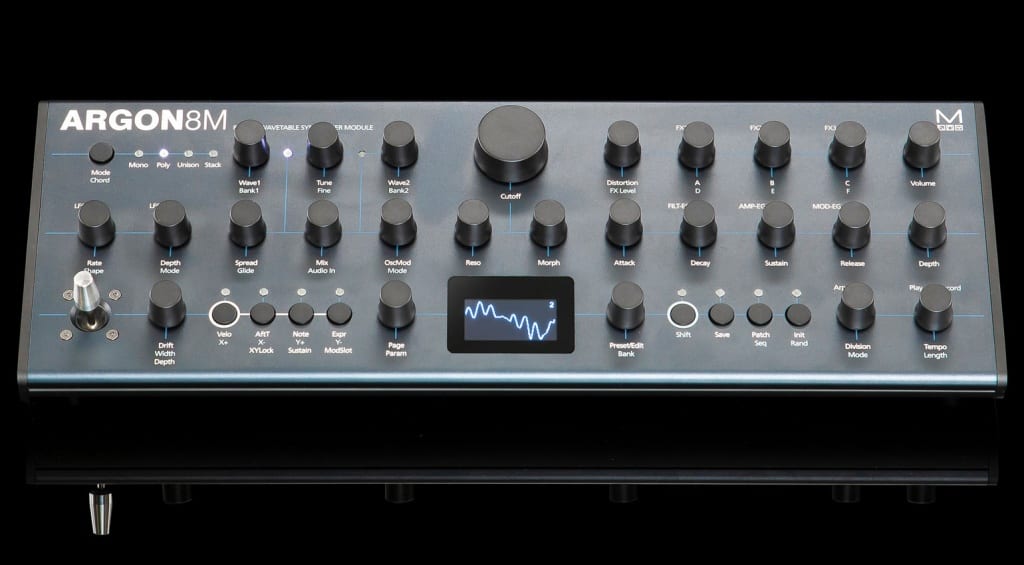 Both of these new versions should ship in February. The Argon8X is decently priced at £649 whereas the Argon8M is a tempting £499. The original Argon8 goes inbetween for £579. 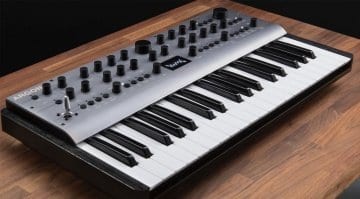