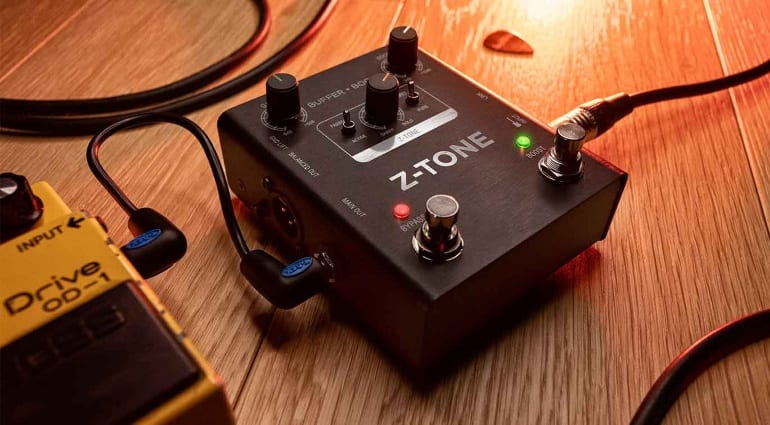 High-resistance instruments such as electric guitars and basses sometimes require special treatment when it comes to recording. IK Multimedia recognized this need and developed a technique for impedance matching. The resulting Z-Tone technology was initially packaged in the in-house USB audio interfaces such as the brand new AXE I/O Solo, but is now available in two new form-factors. 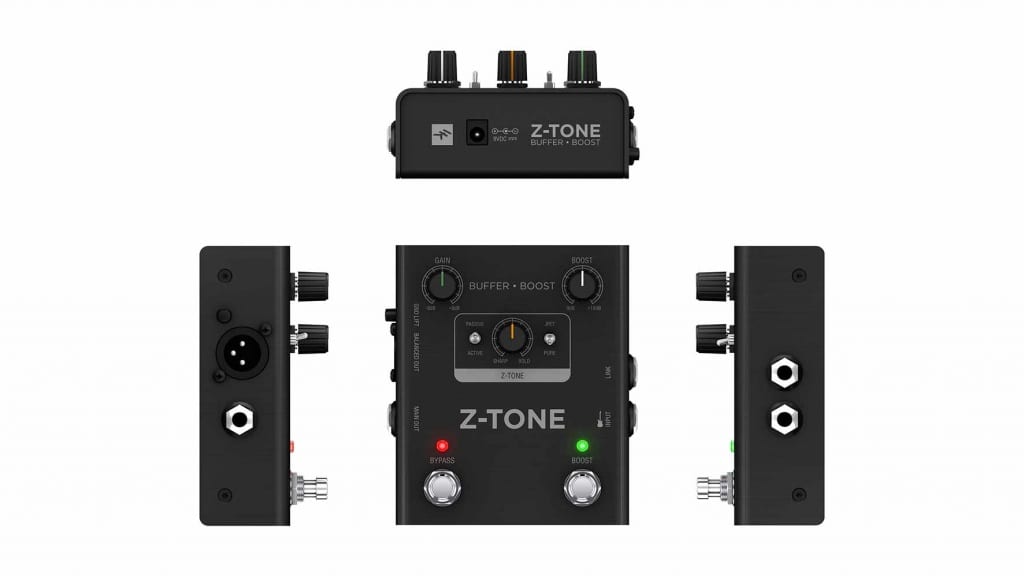 The Z-Tone Buffer Boost is a mixture between a preamp and DI box, that fits comfortably on the pedalboard. Input comes via the AXE I/O series. There’s a toggle switch to ensure adaptation to active/passive instruments and another to activate a Class-A JFET input buffer. The impedance can be adjusted with the Z-Tone controller, which has a range from 1 mOhm to 2.2 kOhms.

The device has also been given a boost circuit, balanced XLR output with ground lift, link-out and a true bypass circuit.

The Z-Tone DI is basically the same device, but as an active DI box. Bypass and boost have been done away with, and instead, there is a pad switch and a second output jack. The package comes in a sturdy metal housing and the device is operated with a 9-volt battery or a power supply. 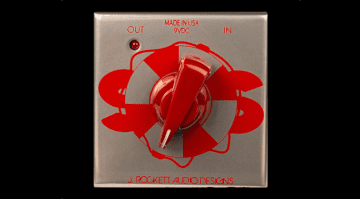