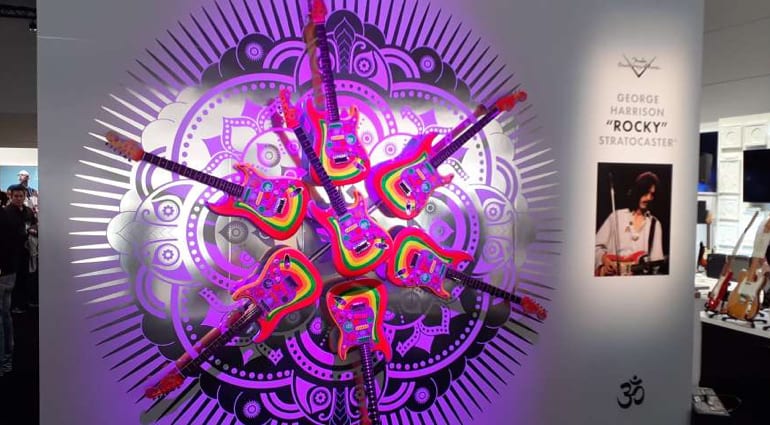 Rocky was originally one of two 1961 Sonic Blue Stratocasters that the Beatles received in 1965. However, Harrison gave his Strat a psychedelic makeover, making it instantly one of the most recognisable and famous guitars in rock history.

The guitar came with serial number 83840 and a sticker from “Grimwoods; The music people; Maidstone and Whitstable” when he first got it. Its first official outing was on Help!, which is the first time Harrison used the guitar to record with, although it hadn’t undergone its famous transformation just yet.

In 1967, Harrison painted the guitar himself, and was probably experimenting with more than just paint during the time. The finished guitar made an appearance in the I Am The Walrus section of the 1967 Magical Mystery Tour movie.

By the end of December 1969 Harrison went on to add the phrases “Bebopalula” on the upper body, “Go Cat Go” on the pickguard and finally gave the guitar its name, “Rocky” on the headstock. And so, a legend was born.

Identical in every way, the Custom Shop models will feature the rare asymmetrical C-profile neck as on the original. The pickups have also been wound to create meticulous replicas of the original Strat. It will even have the ‘Grimwoods’ decal.

The guitar is out later this year and will be a limited release. I suppose it won’t be cheap either, so be prepared to fork out a large sum of your hard cash for this one. 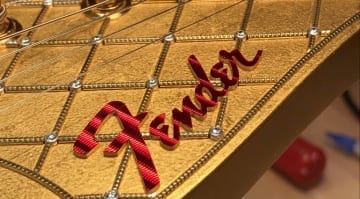 29 Sep · Wow thanks for nothing presonus.