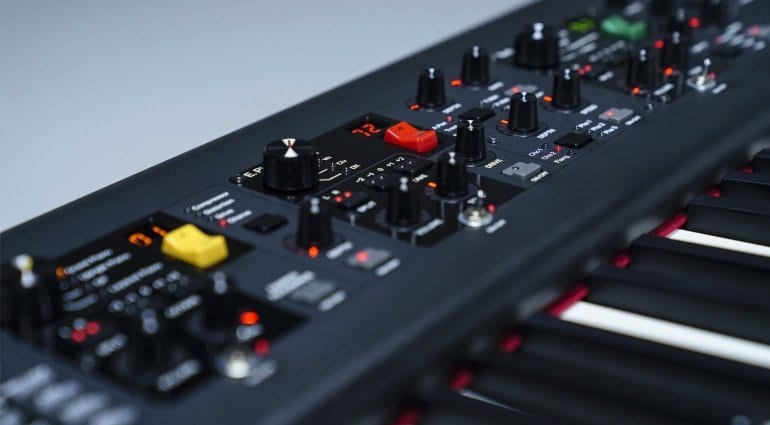 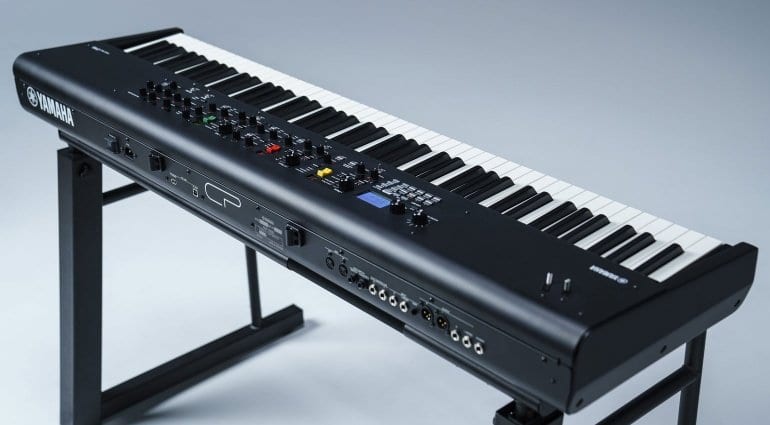 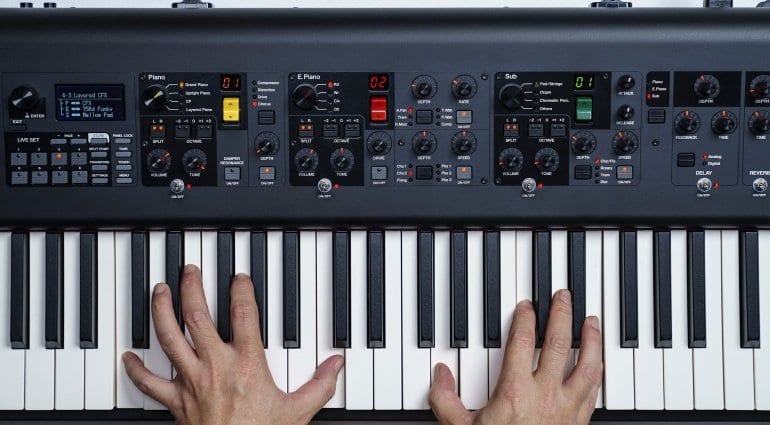 Stage pianos tend to lurch from being simplistic like the Roland RD-300, complex like the Nord Stage or achingly cool like the Korg SV-1. Yamaha is having a stab at the middle ground with the CP73 and CP88 stage pianos.

The one thing stage pianos can agree on is having fabulous quality acoustic piano and electric piano sounds. These Yamaha keyboards feature 3 premium concert grand pianos: the Yamaha CFX and S700, and the Bosendorfer Imperial 290. Then there’s a couple of upright pianos and on the electric piano side they have their own classic 1978 CP80. These are filled in with a range of organ, strings, synths and other sounds to a modest total of 57 AWM2 based instruments with up to 128 notes polyphony.

What’s interesting is the front panel design. Yamaha has opted for a lot of great hands-on control. There are three sections with their own controls: Pianos, Electric Piano and “Sub” which is the pads and strings and other sounds. There’s no fiddling around in menus, the controls for the piano are right there, always available. The Electric Piano section has its own appropriate effects with dedicated controls as do all three sections. The effects use Virtual Circuitry Modeling to recreate the behaviour of vintage processors. It’s all completely intuitive and comprehensive without being overwhelming which is what you need in a live situation.

The controls, layout and choice of colours give these pianos a real vintage vibe in their otherwise dull enclosures. Like I said, it’s looking for a middle ground of being cool but not too cool, complex enough to make it interesting but also intuitive. Yamaha might have nailed it. 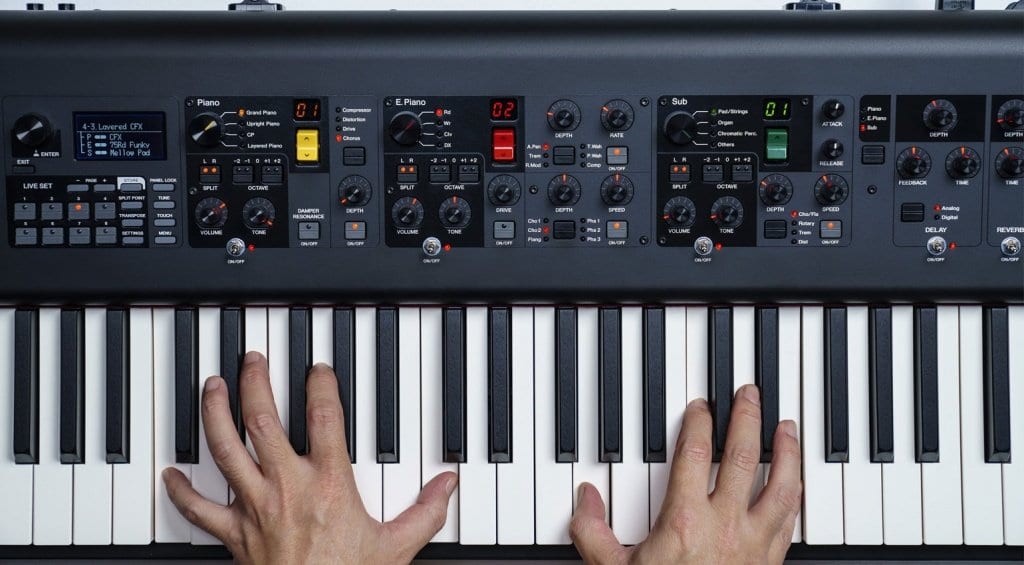 The CP88 has the full-on “Natural Wood, Graded Hammer, triple sensor (NW-GH) keyboard with Synthetic Ebony and Ivory Key Tops… The third sensor allows grand piano-like key repetition where notes can be re-articulated without a complete release. This makes it easier to play fast, repeated notes and is one of the main reasons pianists choose grand pianos over uprights.”

The CP73 has a more authentically electric piano feel with a “balanced action”. It also means that the CP73 is surprisingly compact and lightweight (relatively, for a stage piano).

I think it looks great, which is not something Yamaha usually do very well. 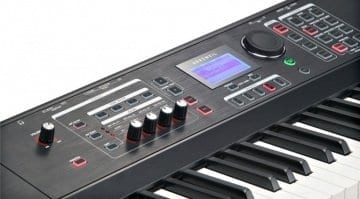 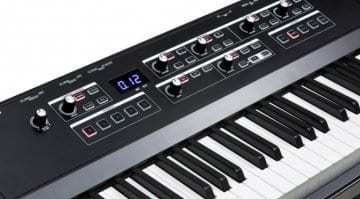 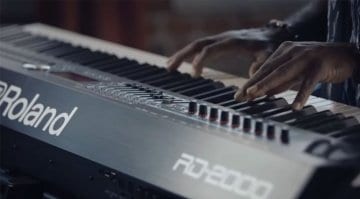