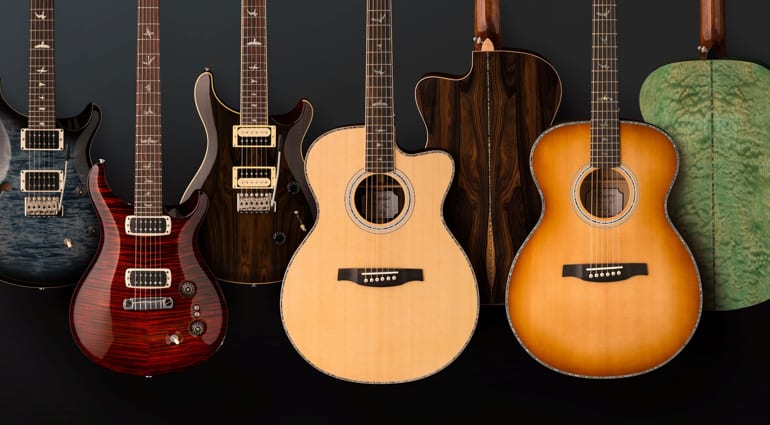 PRS has just announced its first wave of new models for 2019! These guitars should all be ready just in time for NAMM coming up in January. They include the new CE 24 Semi-Hollow, Ziricote SE Custom 24, Paul’s Guitar and some acoustics. These include the new SE A55E and T55E models, plus the new SE A60E and SE T60E as well, so plenty for everyone.

This model is about Paul Reed Smith’s own personal choices, and includes a mahogany body married a with a maple top. It has a Honduran rosewood fretboard with “Brushstroke” bird inlays. It comes loaded with  TCI (Tuned Capacitance and Inductance) treble and bass pickups wired via two mini-toggle switches. That gives you a choice of either humbucking or in ‘true single coil’ mode.

The Paul’s Guitar comes in a nitrocellulose finish. Taking all this into account, I’d expect these to be premium guitars and so potentially expensive. You can check out Paul talking about the new 2019 version in the official PRS demo video below.

The now-classic CE24 was first released back in 1988 and is known as the ‘PRS with a with a bolt-on neck’ by many players. The bolt-on neck gives the model a snappier tone and reflected a departure from the company’s more traditional, glued-in neck design you see on its Custom 22 and 24 models.

The 2019 PRS line-up brings a new CE24 Semi-Hollow version of the guitar. These models come loaded with PRS 85/15 pickups. You also get the proven PRS Patented Tremolo system and their low mass locking tuners in a nickel finish.

With the new 2019 PRS SE Custom 24 Ziricote the company is porting one of its most popular models to its cheaper SE product line. They are available in either Zebrawood or Ziricote veneers. Expect a good-value, well-made guitar, just at a much cheaper price point than the US-built core range. 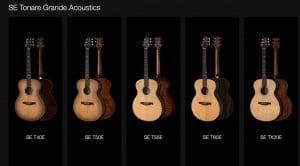 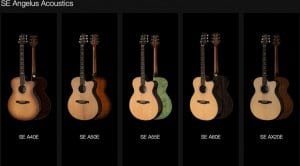 Then there’s the SE A60E and SE T60E models. Both will be made using Ziricote back and sides, curly maple binding and heel cap. They also have abalone purfling and rosette details, so a fancier version for those that like a little bling!

All the SE Acoustic models have solid spruce tops with the PRS hybrid classical/X bracing. They also have bone nuts and saddles, and the Fishman GT-1 pickup system. They are also now offering burst options for the 40 and 50 models. 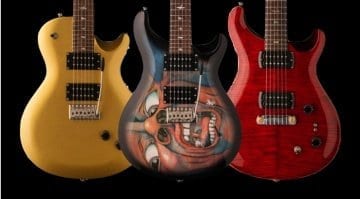