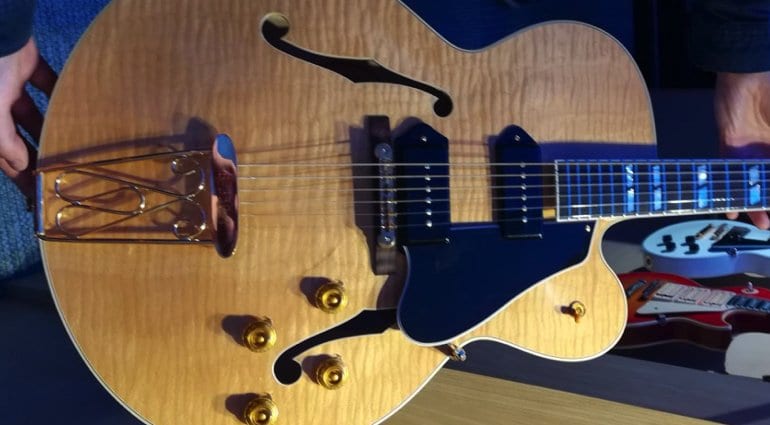 Charles and Charlie Berry got to show off the new Gibson Chuck Berry 350T Tribute at Winter NAMM and we got a few exclusive pics whilst we were there and had a chat with Cesar Gueikian about this amazing tribute to a Rock and Roll Legend!

The new Gibson Chuck Berry 350T Tribute guitar is a thing of wonder, celebrating Chuck Berry’s life and music. He inspired so many guitarists over the decades (whether they know it or not)!

This custom American hand-built guitar hasn’t been made since 1955 and 1956, then the company moved to humbuckers. Chuck’s was a 1955 and made from highly figured quilted maple. We spoke to Cesar, the Chief Merchant Officer at Gibson, and he confirmed that Gibson hasn’t made them like this since ’56. 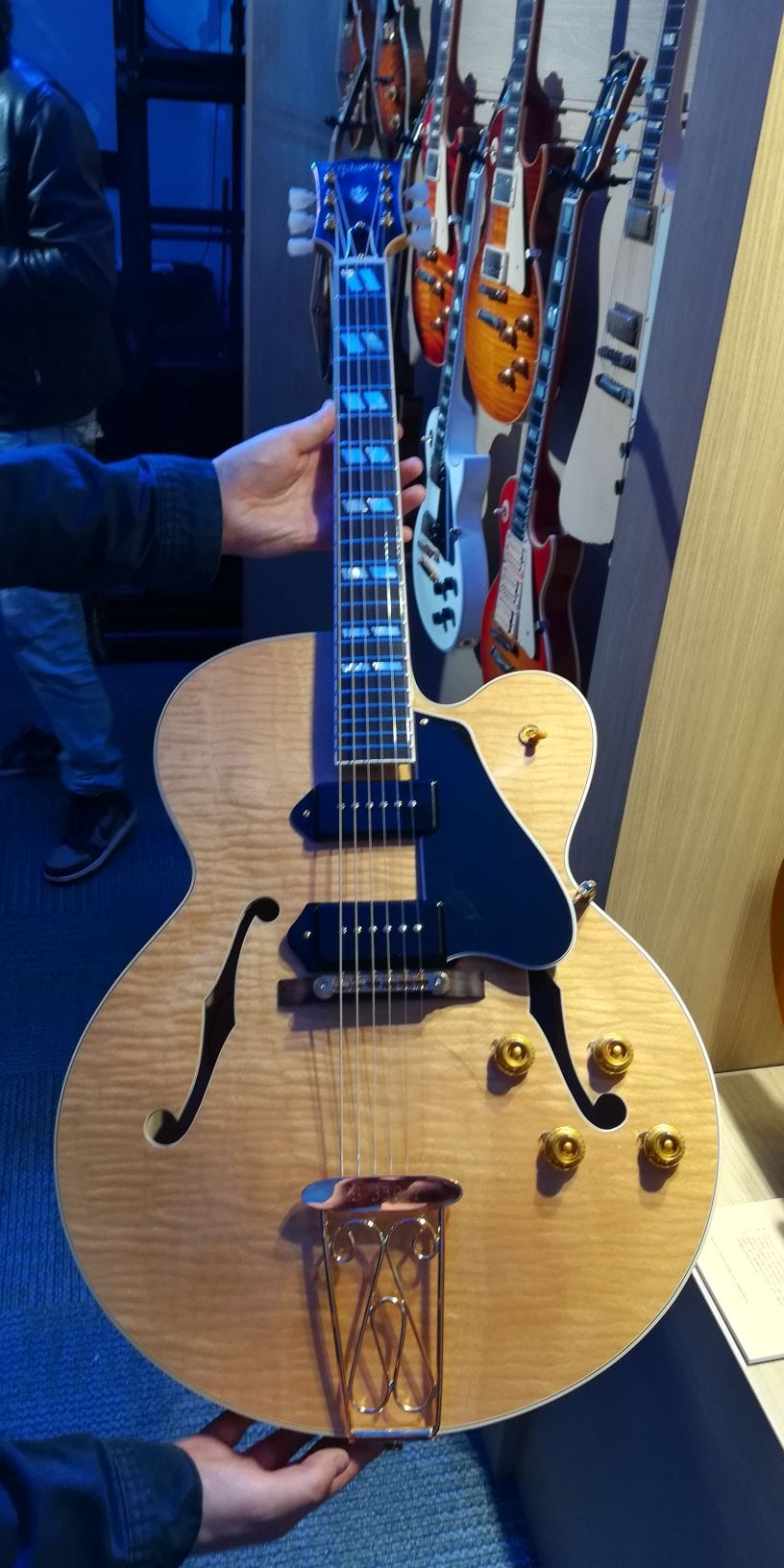 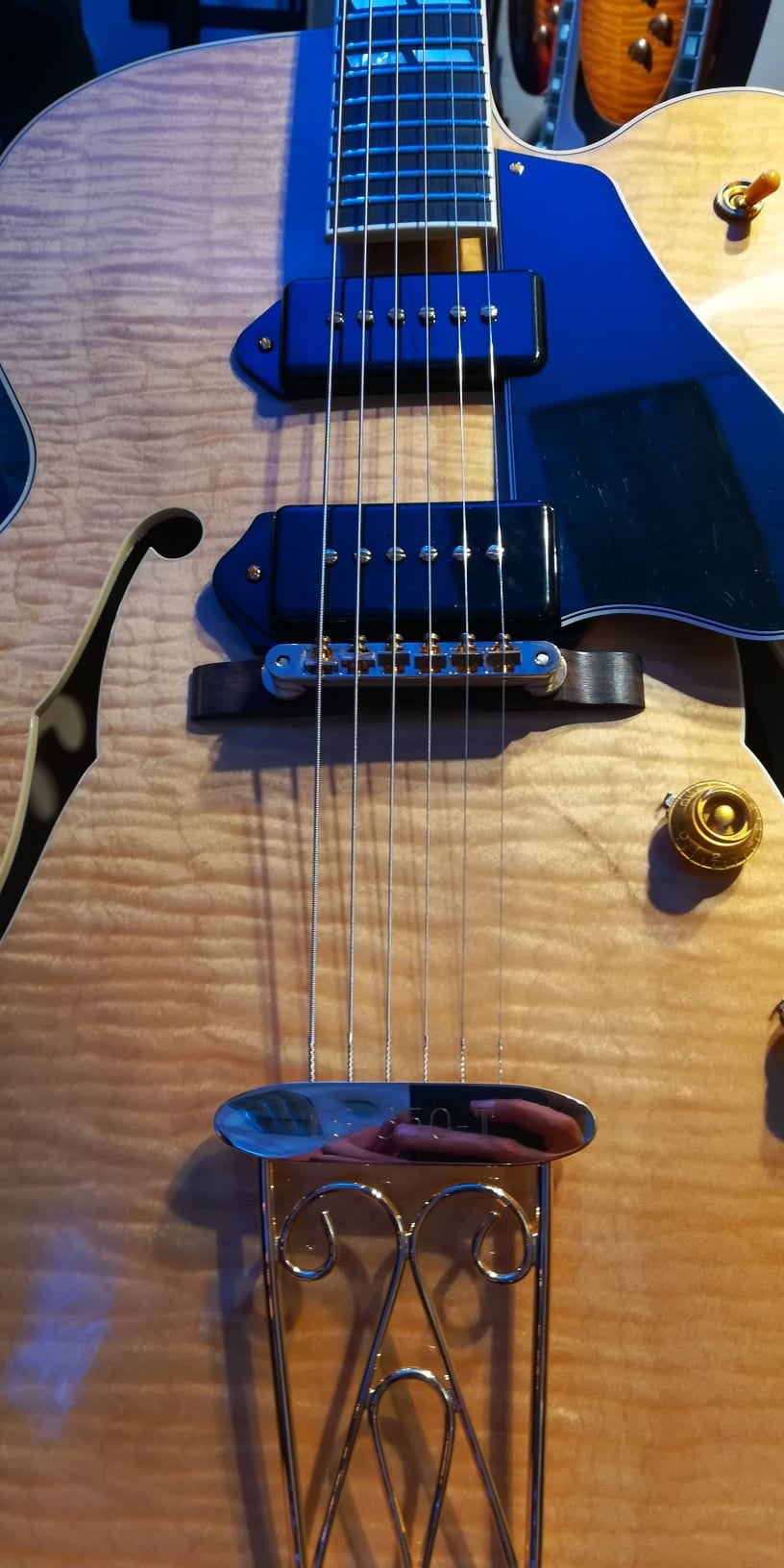 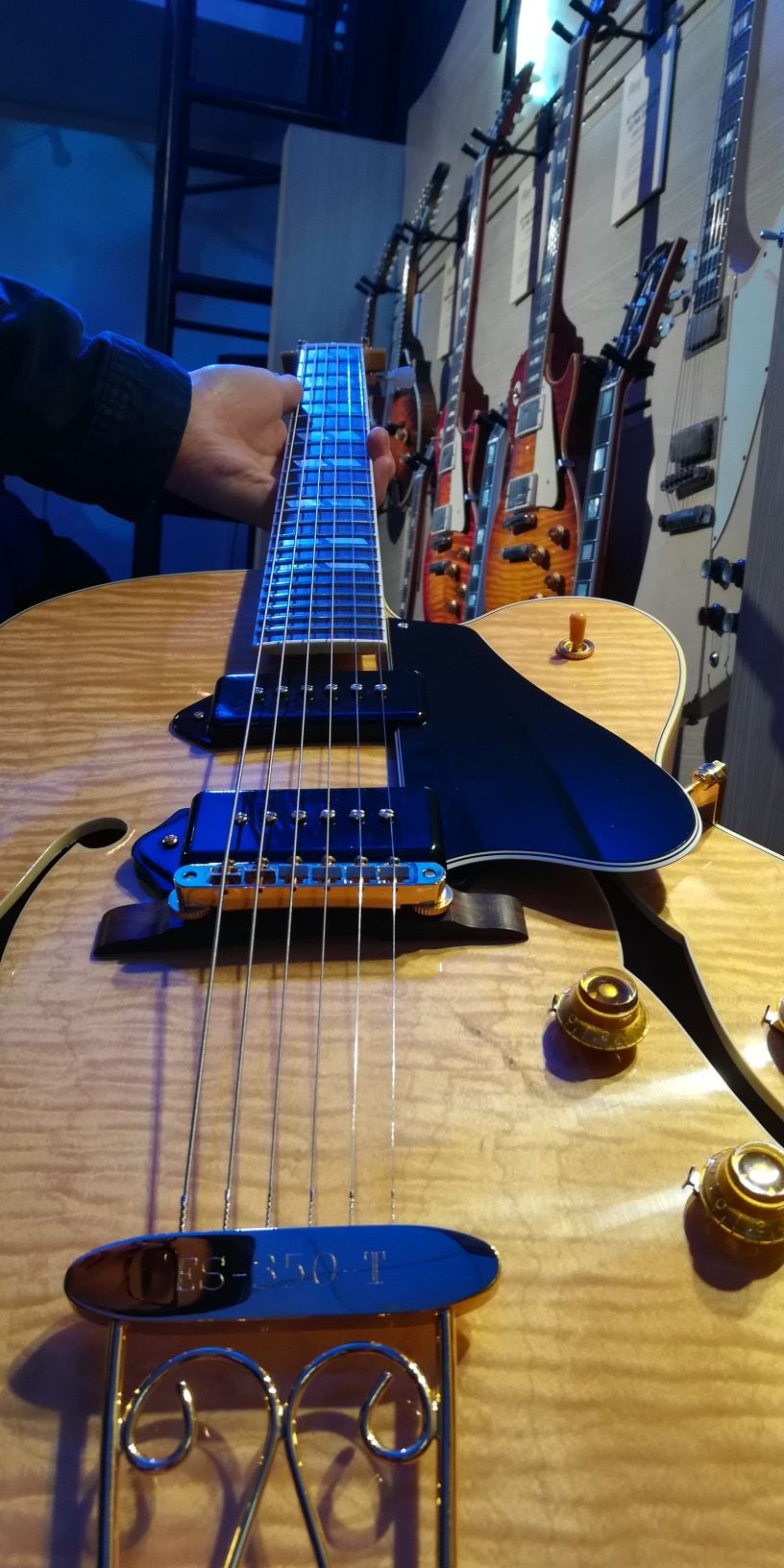 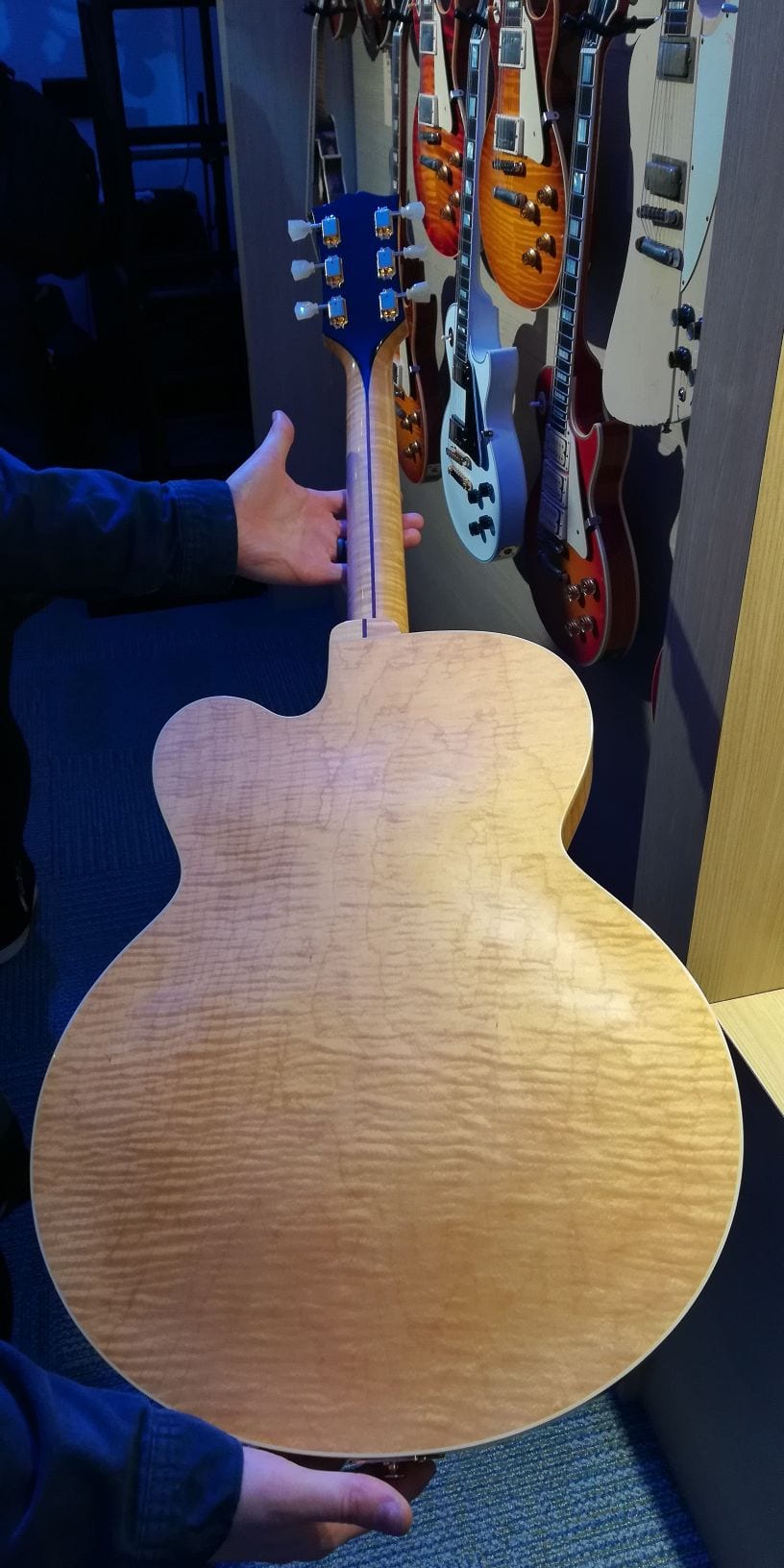 The Devil is in the Detail

It has the audio taper pots and floating bridge, and yes, it is maple throughout, front, back and sides, with some really nice figuring. The neck is also maple with a rosewood fretboard fitted with split parallel inlays. They even had to make all the hardware, especially for this model, as most of it hasn’t been used on other Gibson models since.

The Chuck Berry Estate has worked closely with Gibson on this one and we are sure it will be an amazing instrument, with a lot of care and attention going into all the finer details on these amazing guitars. A fitting tribute indeed for a great musician.