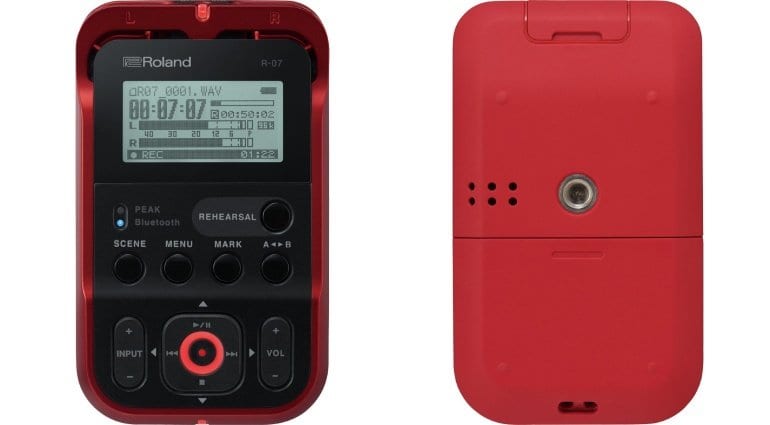 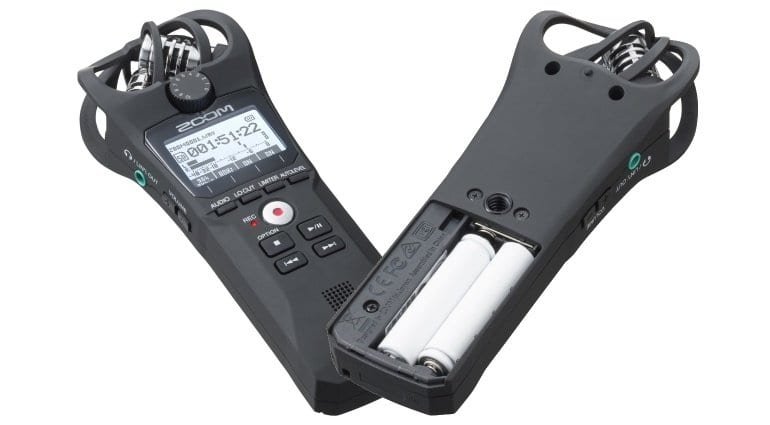 Ahead of NAMM 2018, Roland and Zoom announced their new field recorders. They are aimed at musicians, journalists, and anyone else who desires portability and ease of use but needs audio quality over and above what you can expect of your phone.

Roland says its aim here was to help field recordists lay down high quality recordings as easily as possible. The approach is to bring the no-frills experience of using a smartphone’s voice recorder into the portable field recorder paradigm we’re all familiar with. The result is called the R-07 – Roland’s brand-new tool for field recordists. Notable R-07 features include hi-res audio, one-touch Scene memory, and Hybrid Limiting, in addition to wireless listening and remote control support.

Scenes are an interesting, stand-out ability of the R-07’s. They exist to make recording in a variety of environments easier to handle by the way of presets. Depending on the situation, which may be, say, recording a quick demo in the rehearsal room, doing a field recording, laying down an interview et cetera, the user selects the appropriate Scene and the recorder instantly adjusts the sample rate, record mode, limiter, low cut, and input level parameters to an optimal level. Scenes can be altered and saved again for re-use.

Despite the advanced features and functionality, Roland claims the R-07 is simple and intuitive for use. The company designed the recorder for seamless integration with mobile devices like smartphones, tablets, smartwatches, wireless headphones and portable speakers over Bluetooth. The device runs on two AA batteries or USB bus power, which is quite convenient.

Roland also included Dual Recording and Hybrid Limiting in an effort to prevent problems like mic overload, aggressive limiting and clipping. Dual Recording makes two parallel recordings – one at full volume and another at a lower level with more headroom. This way, if clipping unexpectedly occurs in the main recording, the defective portion can be easily replaced with a snippet from the secondary recording – either manually or by the automatic Hybrid Limiting feature.

Roland isn’t discussing price and availability details for the R-07 recorder at this point.

Zoom is introducing an update to its well-known Zoom H1 recorder. The Zoom H1n comes with a redesigned user interface and the ability to capture sound in true stereo, thanks to a pair of integrated X/Y microphones. Recordings are saved in WAV and MP3 formats on microSD and microSDHC. Zoom also implemented one-touch controls to simplify setting up new recordings.

The device’s built-in X/Y condenser microphone gets recorded at up to 24-bit/96kHz, meaning it delivers very high sound quality – certainly better than what a smartphone’s tiny integrated mics can manage, despite the advanced state of mobile device DACs.

In terms of helpful features, the Zoom H1n delivers one-touch operation controls, an integrated limiter, and auto-level controls that enable quick tuning of the mic input signal, in addition to a voice emphasize filter and playback speed controls. This eases transcribing speech or music from the recorder.

To facilitate computer integration, Zoom added Cubase LE and Wavelab LE to the H1n’s recorder package. This is DAW software ready to handle basic audio layering, editing, and filtering tasks, and is probably enough for many H1n users.

All in all, Roland and Zoom’s recorders go head to head in terms of sound quality, ease of use, and portability. These are likely the best mobile field recorders you will be able to buy through most of 2018. They come from respected brands who have honed their products in this niche for a long time and offer no poor surprises in terms of price and quality. Still, the market is ripe for anyone else to try their hand at out-innovating Zoom and Roland. While both recorders are solid products, they don’t really bring anything especially new to the shop.