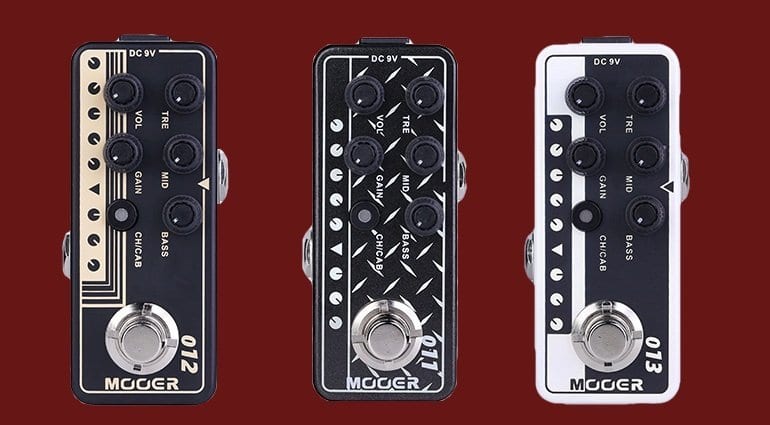 Looks like Mooer has some cool new products launching at this year’s Winter NAMM Show. These three new preamps could be very popular indeed, as they are all based on well known American guitar amplifiers.

Each of these three new micro pedals is digital and so don’t expect perfect analogue copies of the amps that they are based on. Rather, these will probably offer a flavour of these amps’ characteristics. That could be enough to entice players them to buy one of these.

The naming of the three models Matchbox, Fried-Mien and Cali-Dual lets you quickly work out which pedal is based on which amp (if you can’t, watch the three videos below).

Each pedal has six mini controls that include independent a 3-band EQ, Gain and Volume controls for each channel. Each pedal has a footswitch which can toggle the preamp on or off, but also choose between channel A or B as well, as each pedal has essentially two channels. I also like that they include a useful integrated speaker cabinet simulation on the output jack, making these little boxes very flexible indeed.

Quality on a budget?

I reckon that these three could be very popular with players if they sound decent enough, as they are well priced for a twin channel preamp. It all depends if the digital recreations of these amps are as good as Mooer say they are.

Mooer is gaining a reputation for making decent products for those on a tight budget and these new preamps fit perfectly into that category. From my point of view, they are beating other companies like Behringer and TC Electronics at making great quality, budget effects. 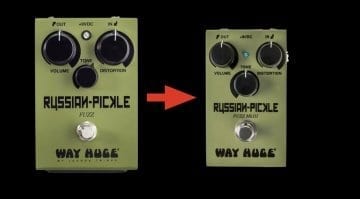