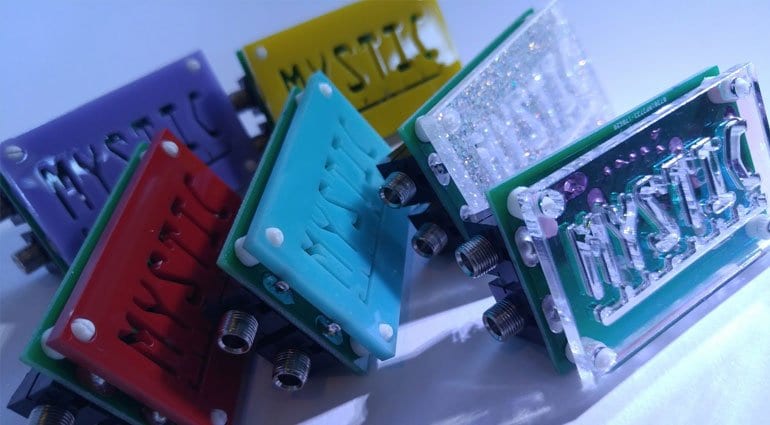 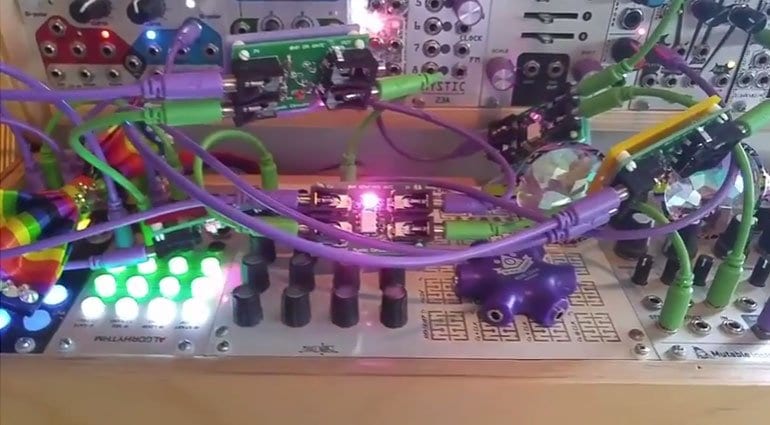 Mystic Circuits are slightly bonkers. They released a very weird teaser video the other day teasing a new innovative product that would solve all the problems with modular synthesis and three-dimensional space. These were going to be something useful that takes up none of your rack space. Well, it’s official, Mystic Circuits are slightly bonkers, and they’ve released a range of what they are calling 0HP (zero-HP) logic modules.

So, what’s the deal with these little circuit boards? These are simple CV and audio modules that require no power and so don’t need to be in a case. In fact they are designed not to be in a case but rather to hang about outside your rack like Ninja Star mults do. Currently, they have a VCA/AND gate, and an OR gate. Both made from colourful laser cut plexiglass. The colours come randomly and they say there’s a small chance of getting one of “our fabulous rare colours” – such fun!

When a high control voltage is present the input is allowed to flow to the output. The CV signal essentially opens the gate. Using a high-speed optocoupler the module accepts audio at all inputs so audio-rate amplitude modulation is possible for pseudo-ring modulation effects. When used as an AND gate you get an output pulse when you have a high input at both the CV and audio input. The trigger output also sends out a spike whenever the output transitions from low to high. 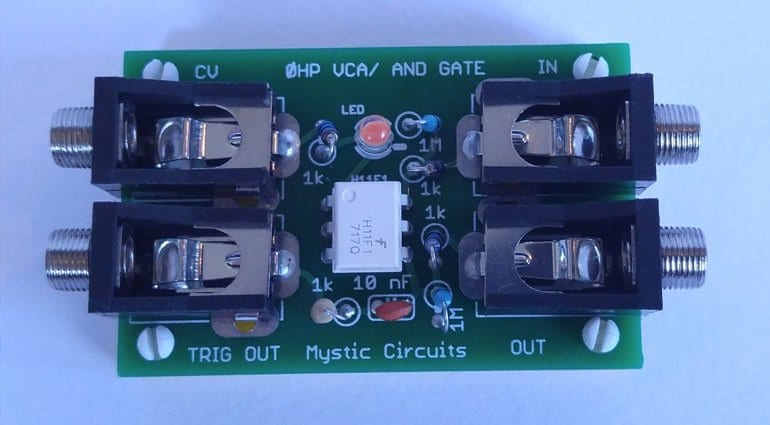 The OR gate can be used to combine signals, usually gate and clock signals. The output gives a high voltage whenever there’s a high signal at either input. You could use it to trigger a module from two different sources, such as a gate sequencer or burst generator. The module can also process fluctuation voltages, outputting the maximum of the two inputs. It also has a trigger output that does the same as the other module. 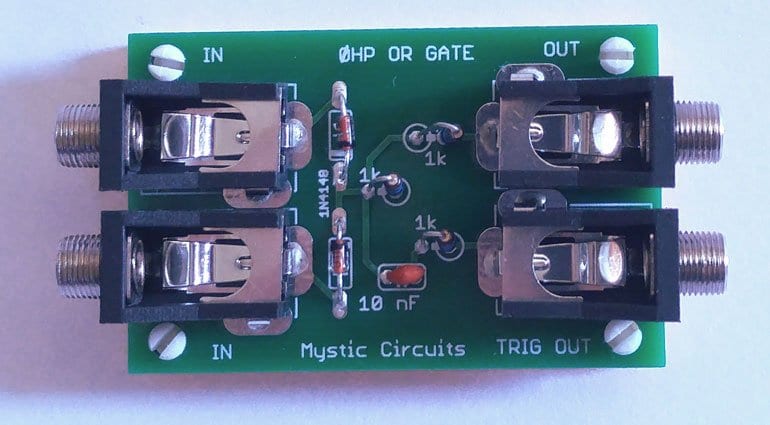 Both of these 0HP modules are ridiculously cheap at $33 built, or a kit for $23, or just the circuit board for $5.

It’s not a remotely crazy idea but I love the humour with which they’ve approached it. Although do we want these little boards cluttering up the space over and around our rack? I imagine they’ll be coming up with all sorts of different functions before too long. It’s a great way to add some spice to your rack without having to buy a new case.