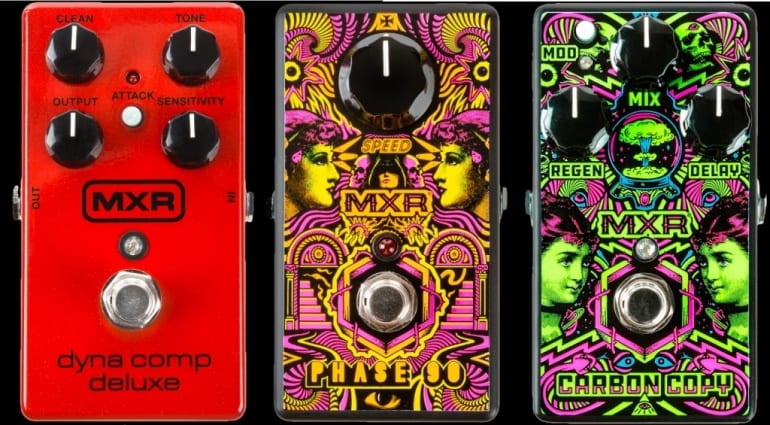 The Dyna Comp is certainly a classic among compressor pedals. MXR has just launched a new deluxe version at Summer NAMM, alongside a limited edition of its Carbon Copy delay and Phase 90 phaser. The fancy graphics on these two wouldn’t look amiss on the cover of Cream’s Disraeli Gears album artwork.

First off, this new unit is not to be confused with the MXR Custom Comp Deluxe. The Dyna Comp Deluxe isn’t merely the same effect in a different colour, but has other controls: Clean (Blend), Tone, Output and Sensitivity. In between is an Attack mini-switch that switches between Slow and Fast attack rates. It is, however, based on the same CA3080 circuit as the standard version of the pedal, just with expanded controls. 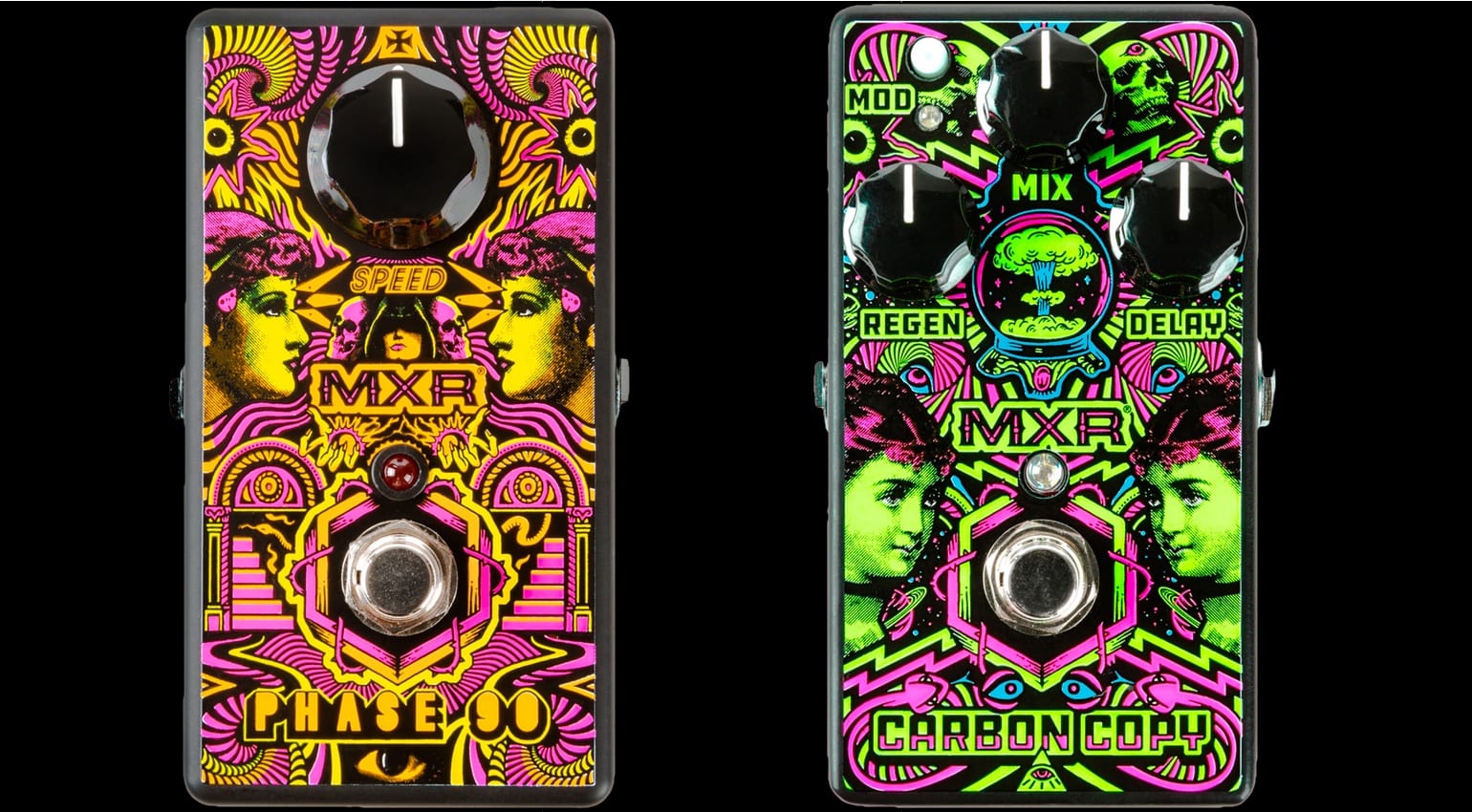 Functionally, the two limited editions are identical to their standard models. All that’s different is the graphics, designed by UK collective ilovedust. It looks to me like a mix of Monthy Python and the psychedelic graphics of the psychedelic rock community (the Disraeli Gears album, I’m telling you). Ilovedust also work for large corporations such as Nike, Red Bull, Microsoft, Coca-Cola, Karl Lagerfeld and others. So established commercial art people.

The ILD Carbon Copy has up to 600 ms delay time, optional modulation and the usual controls for Mix, Delay and Regen. Internally, Width and Rate can be set for the modulation. Not for nothing one of the best-selling delay pedals in the world.

The Phase 90 has only one Speed control, which has been sufficient for years and probably all you will ever need as a guitarist. Sonically, it is beyond any doubt sublime and a classic modulation effect used on many, many famous recordings over the years. 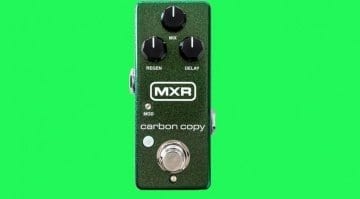