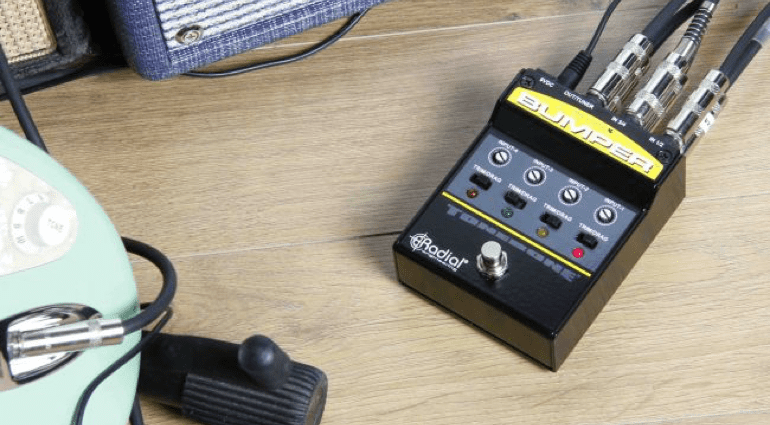 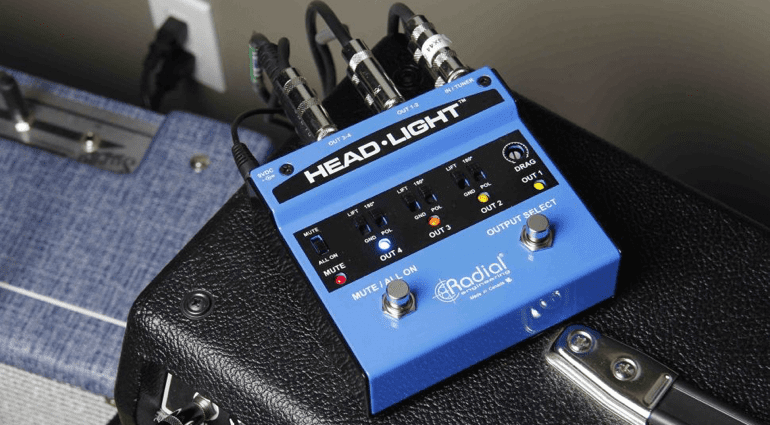 Radial Engineering have launched two new products for Musikmesse this week and both are aimed at getting more control with either multi amp or multi guitar setups. Radials pedals are all designed in Canada,  the company has a reputation for making boxes that solve complex stage /studio tasks with user friendly, minimal fuss and solid build quality.

The Radial Tonebone Headlight is for the guitar player that needs to use up to four amps and switch between all four of them using a single foot switch. It has two foot switches’ the first is used to select the output and therefore which amp your guitar is currently playing through. The second is used to mute the guitar signal completely for when you need to change instruments. Its a compact design, will run off of a standard 9 volt power supply.

The circuit itself is Class A buffered and has a Drag control which can be used to compensate for any load correction caused by plugging in one instrument  and using different amps, so your guitars tone should stay consistent between all of them. The unit is also designed to be hum free and there are switchable ground loops as well to avoid any further noise.

Next up is the Radial Tonebone Bumper, which is designed to put up to four instruments into one amp.  Again its a Class A circuit which also features their Drag facility to maintain instrument tone across all four guitars. Each input has its own gain control via a trim pot and is used to compensate between different outputs, passive or active. The pedal also features an extra output for a tuner as well. Again this will run off of a standard 9 volt power adapter. 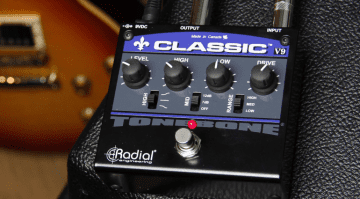 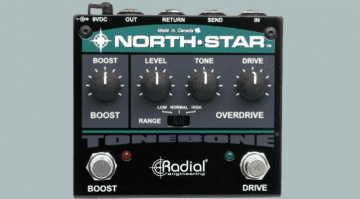