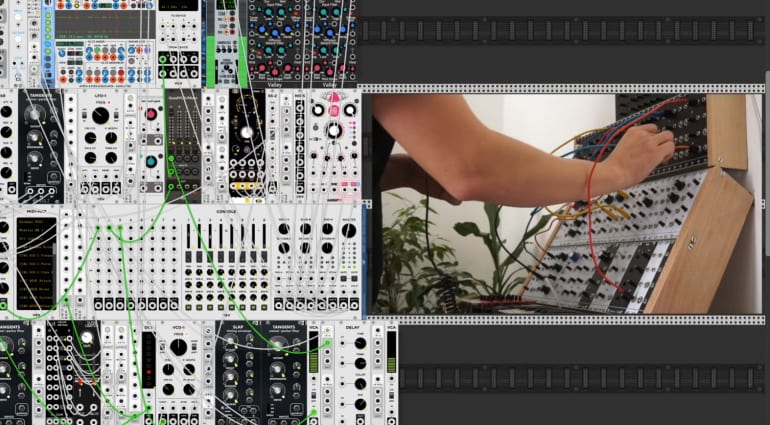 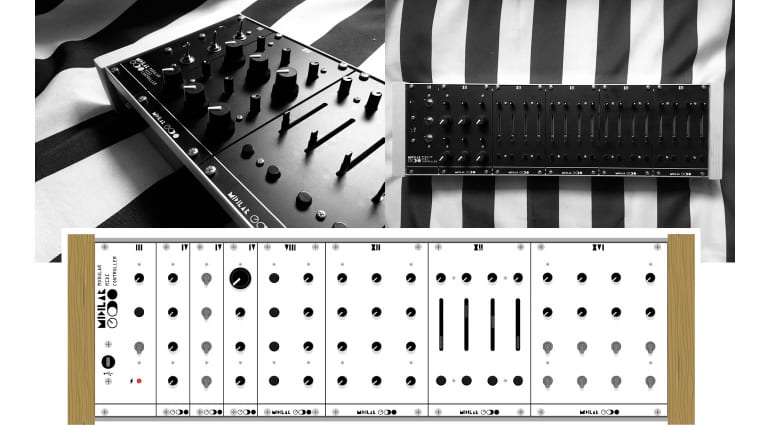 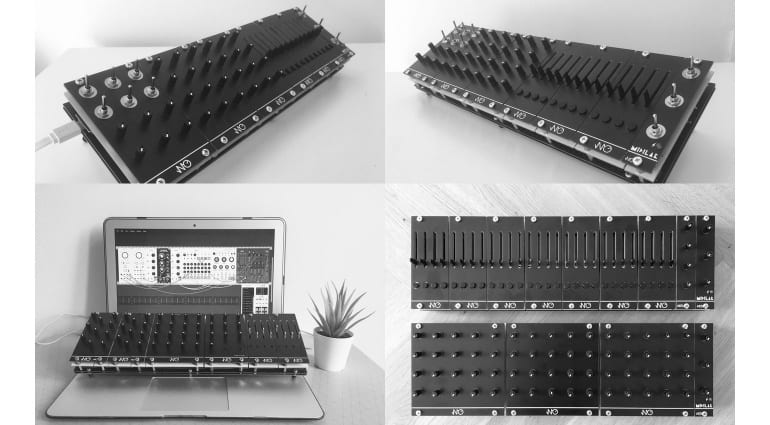 Midilar is a modular Eurorack-style MIDI controller with physical patch points that translate patch cables into the software environment of VCV Rack.

I wrote an article on MIDILAR a couple of years ago when developer Jakub had first revealed the MIDILAR range of MIDI controller modules. The idea was that these modules fitted into your Eurorack system and were designed to operate VCV Rack on your computer. Inspired by the recent modular MIDI controller releases from Kilpatrick Audio I looked up Jakob to see how things were progressing and WOW! Check this out.

While the MIDILAR project of modular MIDI modules for VCV Rack has expanded and become very elegant, versatile and streamlined the latest development is the addition of patch points to the controllers. This means that you can physically patch VCV Rack modules using real-life patch cables blurring the software/hardware experience to an amazing extent. It’s kind of nuts while at the same time being rather mind-blowing.

The “patchable” version of MIDILAR is based on a combination of 3HP modules. One has the physical controls, one has patchable inputs and another has patchable outputs. You can then create interfaces for different modules within VCV Rack with various combinations of the controls and I/O you need.

This does get very focused on using specific modules within VCV Rack rather than having a more general-purpose MIDI controller. You can imagine how useful this would be for live performance using a pre-prepared VCV Rack patch. Watching it work is quite amazing.

The patchable version is still in development and here is an earlier version but it shows the patching concept really well:

This is the original idea of having modules that drop into your Eurorack case. They enable you to have MIDI control over VCV Rack or any other MIDI software or device from within your hardware modular system. There are 6 different types of modules with sliders, knobs and switches and they are all customisable. Jakob also sells a simple unpowered Eurorack skiff as a cheaper option for the modules if you just want them as a modular MIDI controller. 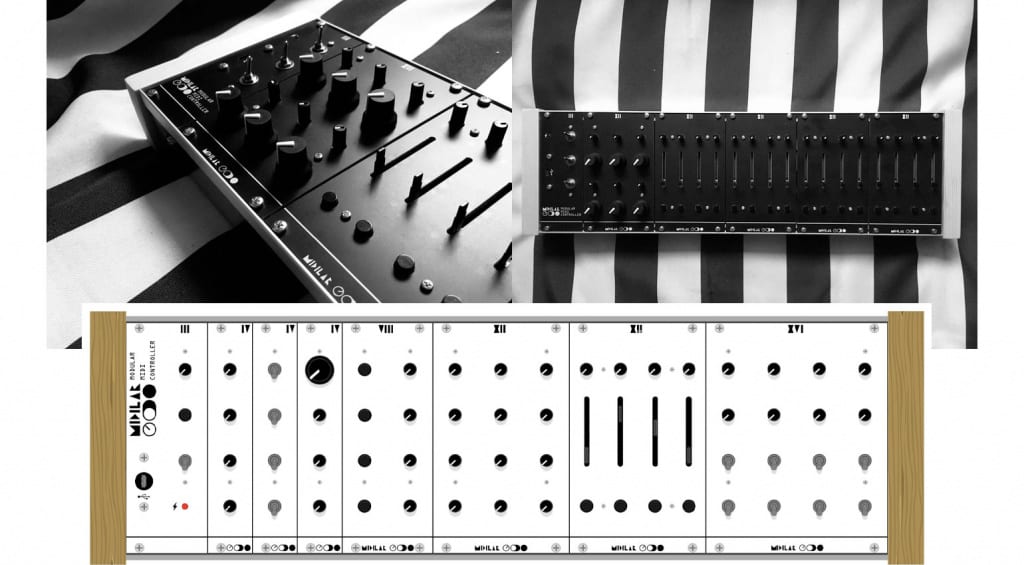 As Eurorack cases tend to be expensive and HP is at a premium Jakob has developed a stand-alone version that doesn’t require a case and is designed in such a way to minimise costs. You can choose from 9 modules to build your own custom MIDI controller from simple knobs, sliders, switches and buttons. You can tailor it to whatever combination you need. 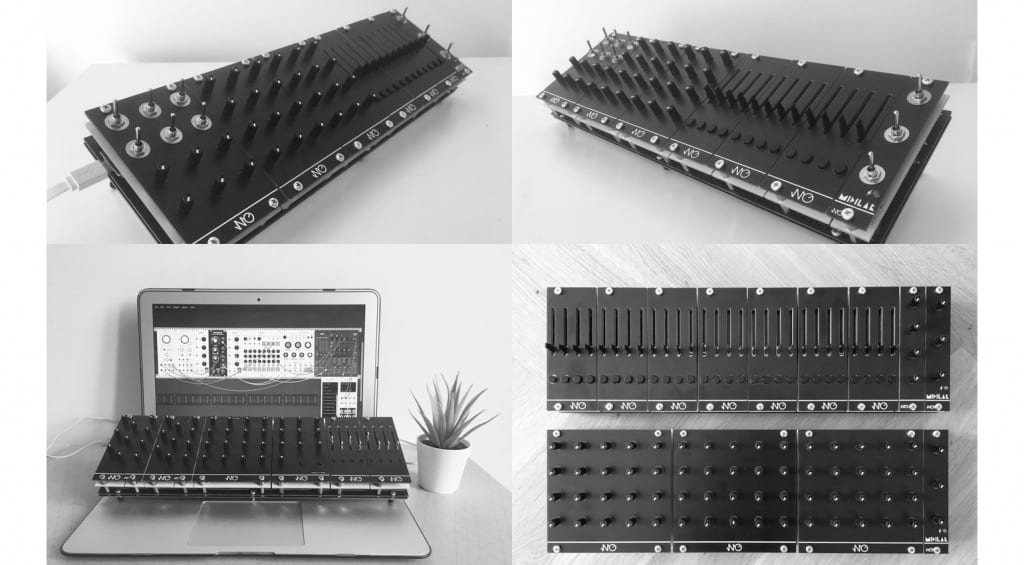 There are two sizes, a 63 and a 48 which reflects the number of controls it supports.

We’ve seen a lot of modular MIDI controllers come along via Kickstarter and other means and they always end up very expensive for what you get when regular MIDI controllers are so cheap. The MIDILAR Nó varies from €100 to €180 depending on the size and modular choice which is quite extraordinary. It’s also a really interesting size. I like the way it could sit between my QWERTY keyboard and the screen, the wide and narrow layout is very economical on desk space.

The Eurorack is only a little bit more expensive as all the technology is in each individual module but then you do have to think about the case.

Currently, Jakob builds them to order and it can take a few weeks. He’s looking into possibilities of how to ramp up production and move the project forward. As it is this is great work and blows other modular MIDI solutions out of the water in terms of price and elegance.

Check out this presentation from the Mycelium Symposium a few weeks ago: 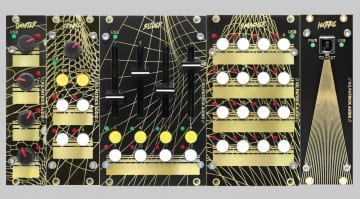 One response to “MIDILAR: hardware patching and modular MIDI control over VCV Rack”