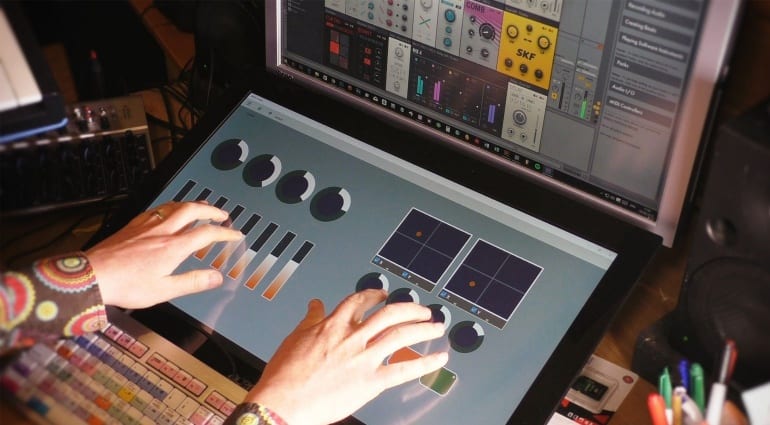 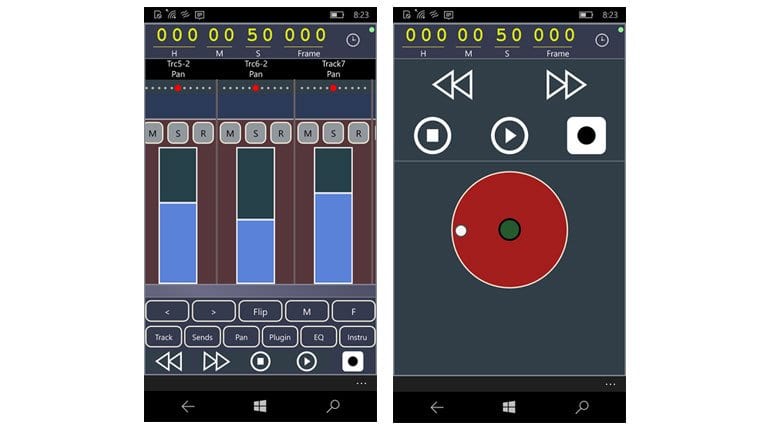 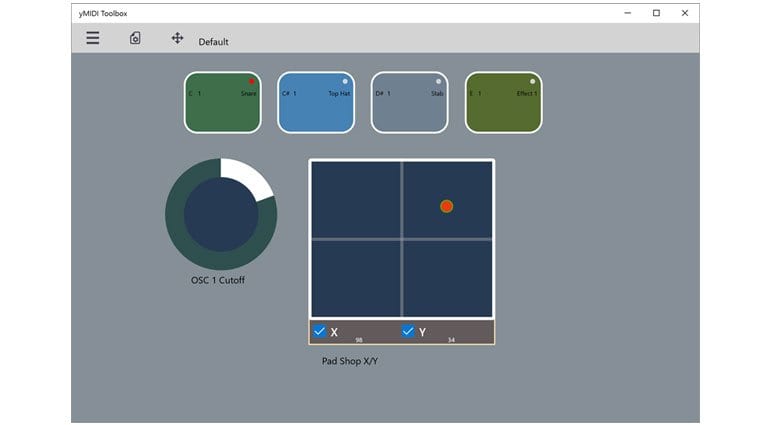 In an industry dominated by iOS MIDI controller apps, it’s really refreshing to see something focused on Windows 10 devices. Level 6 Productions has just released two Universal Windows 10 apps – yMIDI Toolbox for tablets and touch screen computers and yMIDI Mobile for the Windows phone. Both are designed to act as MIDI controllers for your DAW or MIDI software either remotely or locally.

You type “MIDI” into the Windows store and yMIDI pops up as the only MIDI controller app, along with a handful of poor quality synths and a load of books on the subject. There are a few others, which are Win32 desktop apps, like Smithson Martin’s impressive-looking Emulator Pro but yMIDI takes things a little bit differently. Firstly it will run on any Windows 10 device and has an App price tag of a couple of quid (Emulator is £99). Secondly it works via rtpMIDI which is a network MIDI protocol allowing it to send MIDI over LAN or Wi-Fi so it can be used to control any computer, Mac or PC. Or it can be used to control software on the same machine – Windows 10 is a desktop OS and so has plenty of room to run yMIDI and Cubase, Pro Tools or whatever.

Touch screen music makers will be all too aware of how most virtual instruments only support single touch. With yMIDI Toolbox you could construct a controller for you chosen VSTi, map the controls and have full ten finger multi-touch control over your performance. You build your controller from a toolbox of controls. You have a fader, pad, X/Y control and a knob. You can arrange as many and in whatever configuration you like. Bring up the option for the control and specify the MIDI channel and controller number for the desired destination. Using an internal virtual MIDI port you can control software on the same machine or you can sit back with your Windows 10 tablet or Microsoft Surface and wirelessly control your main system.

yMIDI Mobile is the first MIDI controller app that I’m aware of for the Windows Phone – let’s face it there’s not a whole lot of creativity going on in the Windows phone store. But what’s even more awesome about yMIDI Mobile is that it’s an MCU controller. It gives you a portable Mackie controller on your phone – fabulous! It has unlimited channels, bank switching, fader, v-pot, record, mute and solo buttons, 8 function buttons, time and status displays plus a separate page with transport controls and a jog wheel. It uses rtpMIDI and so can be Wi-Fi-ed into your main DAW.

Level 6 Productions released their first app just called yMIDI last year and it features a simple MIDI keyboard with a mixer plus a full MCU page. I don’t think anyone has realised how amazing this is so I’m hoping that these two new apps will bring some badly needed recognition. However, I’m not particularly into Level 6’s choice of colour and the original yMIDI app looks a bit ropey, which is a shame as it detracts from the amazing functionality.

I’m sure all you iPad owners are wondering what all the fuss is about but honestly this is the first decent app of it’s kind in the world of Windows and so that’s a cause for celebration.