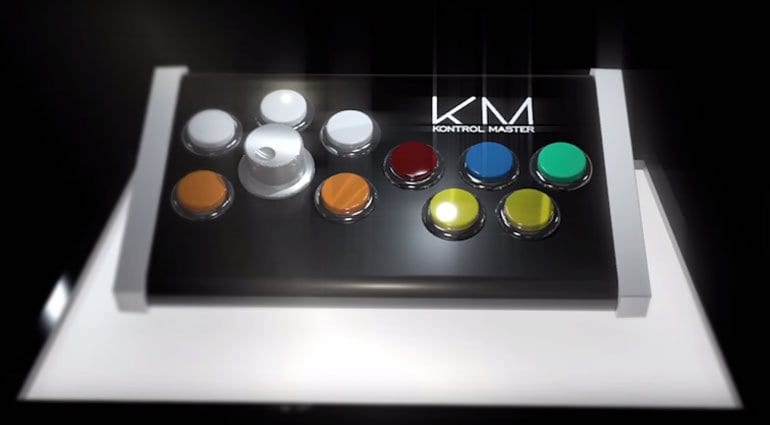 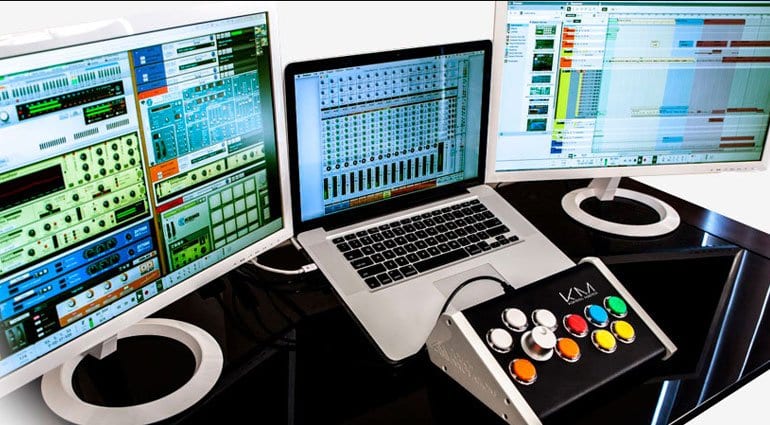 Back in June when the whole transformation of SmithsonMartin in Touch Innovations was in full swing they set a release date for the Kontrol Master as the 1st of July. Nearly 3 months past that date Touch Innovations declare it’s shipping right now – hooray!

I reported on the Kontrol Master in June and it still looks fabulous. It also still looks like some kind of awesome beat-um-up game controller and it’s still a controller based around a single knob and a bunch of buttons. They have a new cool video out which manages to demonstrate very little but in a very stylish way.

There seems to be a new function about swapping between monitors. The website says that “The Kontrol Master’s “frame relative” transport feature makes the mouse appear in a similar spot to where it was on the original monitor…. Without the hassle of dragging your mouse and losing it in the process”. I’m not certain that pointer loss is a particularly big issue that needs such a large piece of hardware to solve. But hey at least it’s something that we know the Kontrol Master does because otherwise I am running out of things to say.

There’s a knob – it appears to zoom in/out in Cubase and scroll the rack in Reason – pretty much how a mouse wheel does it.

SmithsonMartin/Touch Innovations continue to frustrate me by the lack of sensible demonstration and decent information on what their products actually do. I am totally happy to have my workflow transformed but at the moment it appears that you have to put your mouse over a control, take your hand off the mouse, put it on the knob and turn it to affect a control that you could simply have dragged with your mouse a handful of seconds ago.

However, I have just discovered that they do now have a user guide online. In the Kontrol Master software it appears that you can allocate key commands to all of the buttons. The defaults for the five buttons on the right appear to be Undo, Copy, Delete and Shift 1 and Shift 2 – I think Paste would also be a good one. On the left the buttons around the knob appear to be modifiers. The three around to top switch the knob between circular, horizontal and vertical movement. The two underneath do the whole monitor swap thing. There’s also adjustment for knob sensitivity. 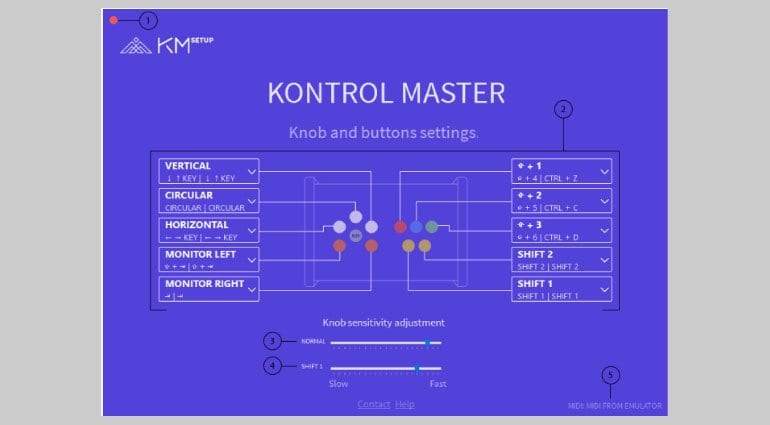 Under section 5 of the guide – “operating your unit” there’s a video of the Kontrol Master in use with Reason. Finally, about 30 seconds in I get it, I understand what this is all about. It’s not a magical device that somehow knows what parameter you are about to take control of. It’s deliberately putting software controls into hardware hands. So, as in the video, you can write in pan automation with a mouse. Touch Innovations are suggesting that it would be far more natural and creative to use a hardware knob for that. A whacking great big, high resolution knob that feels awesome to play with. I imagined it would be a hassle to select a control with the mouse and get the knob to control it. And it probably is. However, the payoff is more accurate and intentional control.

The buttons in the video are mapped to transport controls and the modifiers are used to swap between rotary control and rewind. That makes a lot of sense. Of course you can do this sort of thing with any MIDI controller but you have to set that all up: MIDI ports, MIDI learn and mapping. And once you move to another virtual instrument or channel strip you have to re-map everything. With the Kontrol Master there’s no MIDI involved (unless you want it to be) so you can use it wherever you can hover your mouse. It’s funny, I’m now seeing that as a really cool feature, whereas further up this article I was a bit mystified by it all.

The act of moving your mouse over a control and then using another device to move that control seems unintuitive. But actually I can see how I could get into a groove with this. I do a lot of mouse heavy editing in both my audio and my video work and I can see how involving my left hand in the process could potentially be revolutionary. It’s the same with my attitude to touch control – I like how it pulls the weight off my mouse hand and gets more of me involved in the tasks.

So yeah, I’m quite interested in having a go on one now. At $299 it’s not terrifyingly expensive but it’s not a casual purchase either. Touch Innovations badly need to get the videos from the user manual onto YouTube because they tell you so much in seconds that no amount of glitzy stylish nonsense could ever convey.

Check out the user manual here to see the videos of the Kontrol Master in use and understand what it’s all about.

Ignore this video, it will tell you nothing: