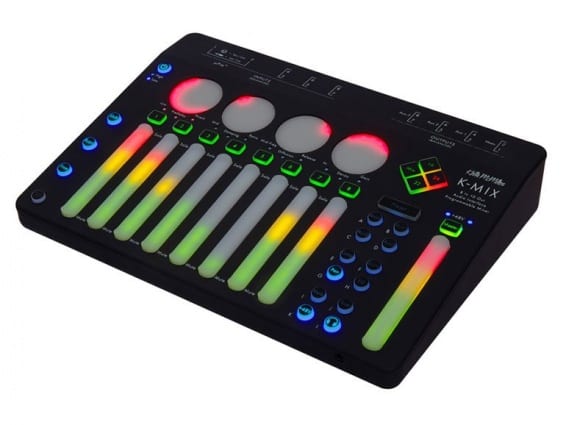 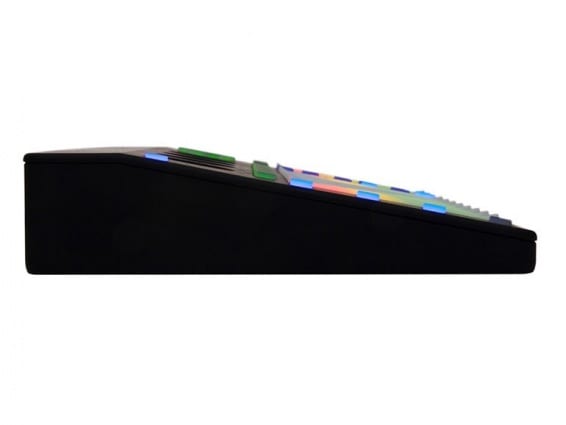 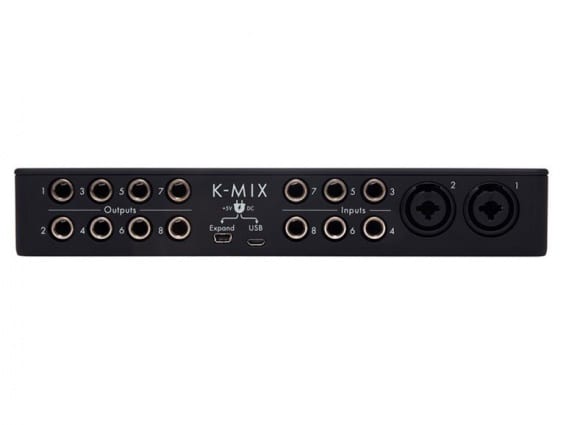 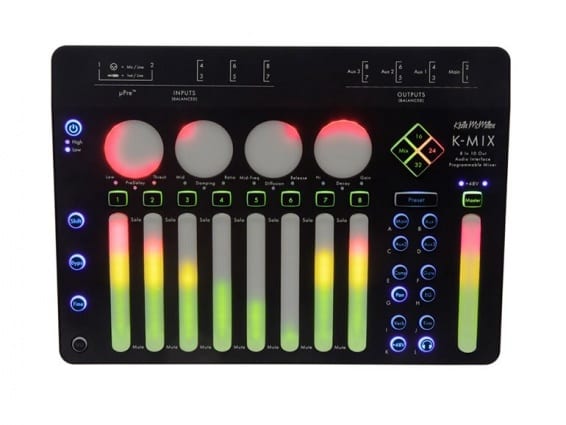 The K-Mix is a very interesting USB audio interface and mixer combination that was first seen at NAMM 2015. Almost exactly a whole year later Keith McMillen has finally managed to get it released. It’s very striking to look at, featuring that weird, white, touch sensitive spongy material that you’ll find on all their products, which acts as the knobs and faders. The material is backlit to give level indication and controller position and this makes for a very colourful and dynamic interface. As an audio interface it can handle 8 inputs and 10 outputs with a pair of “ultra-accurate, high-efficiency, low noise pre-amps”. On the mixing side you have what they call a “precision opto-tactile control surface” with 8 channel faders, a master fader and 4 rotary controls, plus a bunch of buttons.

Keith fills us in on the idea behind it:

I needed a very special mixer that did not exist – a fully programmable MIDI controlled ultra high quality portable mixer. To play live in a group without a sound-man, not having a mixer that could do all of this was heart breaking. K-Mix had to be capable of tying all of my needs together, from live inputs to USB interfaces, and operate as a fully programmable stage mixer.

It’s a very interesting little box and one I’ve been dying to get my hands on since glimpsing it at NAMM 2015. I can totally identify with Mr McMillen’s needs, where what I’m looking for is an audio interface through which I can mix external sources without having to fiddle around with a software mixer – this could be that thing. The reaction to the looks tends to be either “yuk” or “wow” depending on your tastes but as a concept the features and form factor make it very unique and exciting.

Behind the mixing there’s also a load of DSP processing offering – per channel – EQ, compression, gate, reverb and surround panning. The faders and knobs can also be used to control your DAW software so in many respects the K-Mix combines the roles of audio interface, mixer and control surface into one neat and surprisingly small package. It’s rugged too – that’s one of their key features; they like to run trucks over their gear and lack of traditional knobs and sliders allows them to do that.

Sadly for Windows users such as myself the K-Mix is OSX only, but Windows support is promised “soon” (which is what they said last year!). The SRP is 599 USD. 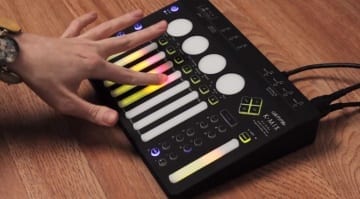 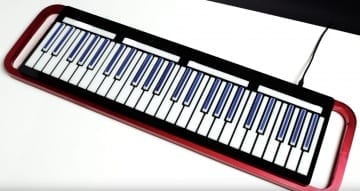