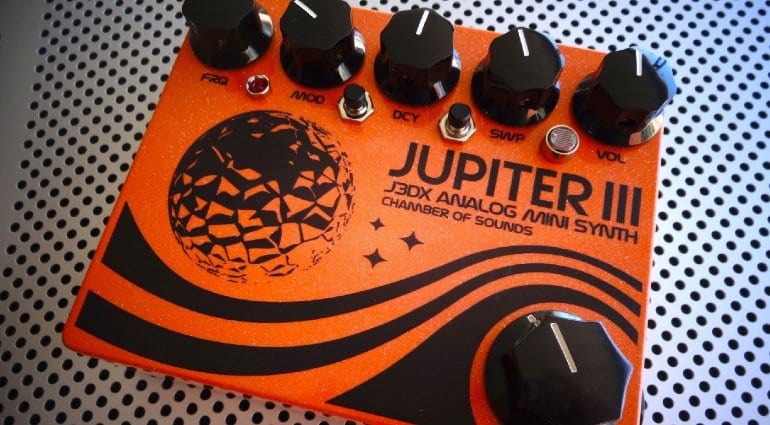 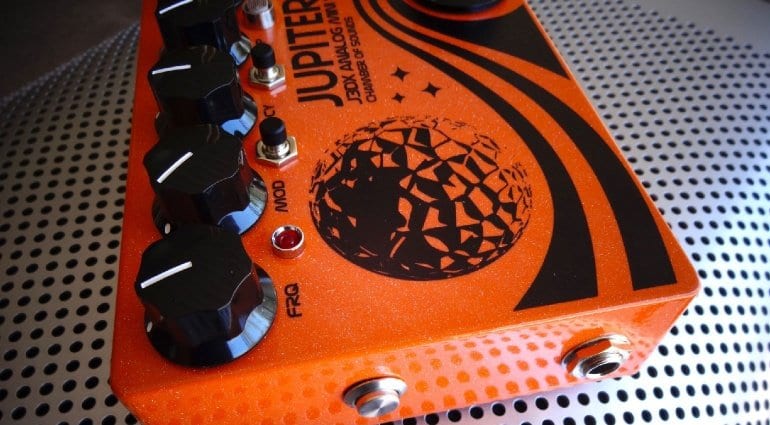 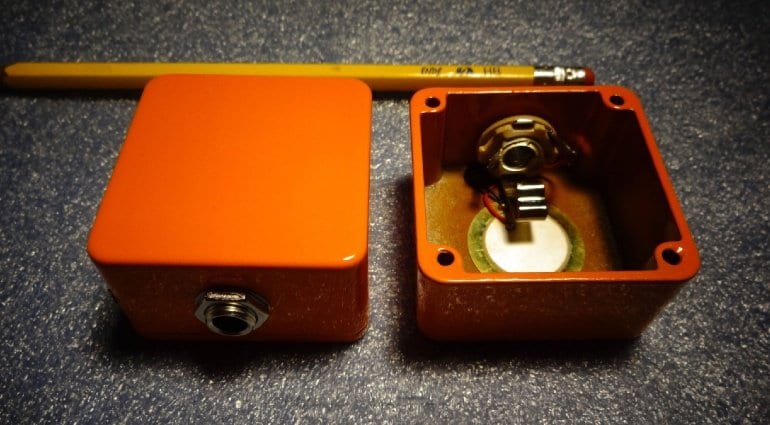 Handbuilt in the USA the Jupiter III J3DX is the 10th-anniversary edition of this mad little space born mini synth from Chamber of Sounds.

Loving the design, the orange, the planet, the swirling wave around whatever it is that big knob does. It’s exciting and playful just to look at. But it’s once you start playing with the knobs and switches that the fun really begins. 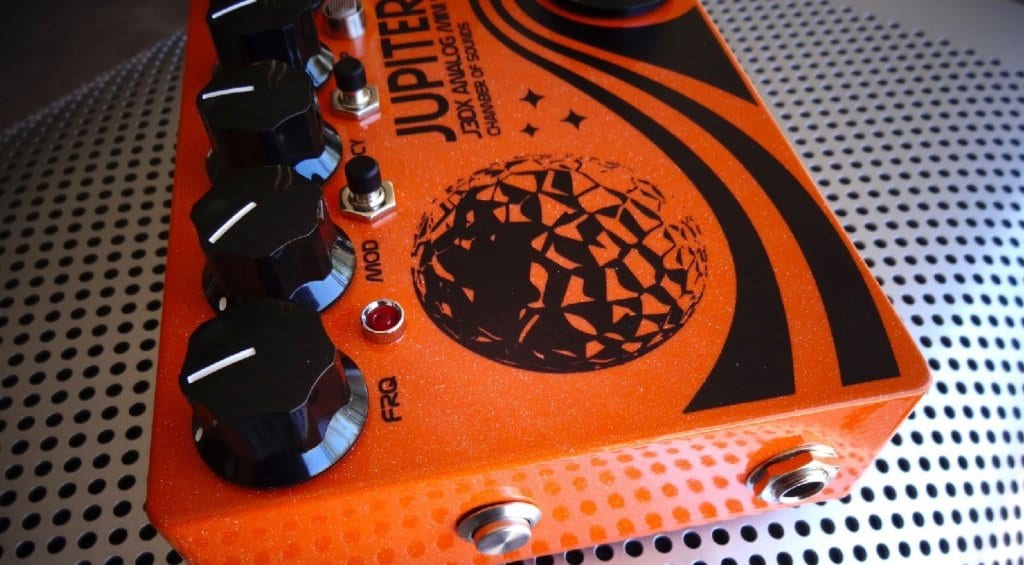 It’s an evolution of their Jupiter percussion synth which runs on 2 oscillators and has LFO speed and modulation, Decay and Sweep controls across the top and a big knob controlling pitch. There’s also a Theremin style light sensor for performance controls. It’s all built to last with only the best components.

The original had an internal piezo pickup for triggering sound, this has been taking out and placed into a little external box that connects via the audio input that will also take triggers from any audio source. 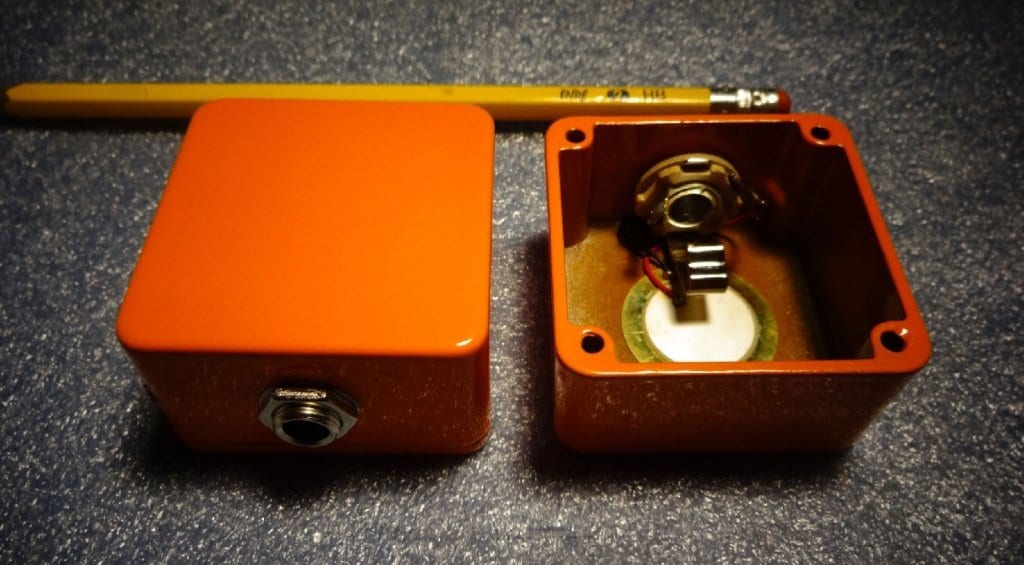 The sounds are suitable “out there”, bonkers and completely adorable.

They are building a limited run and should be available this month. Not sure of the price yet, the Jupiter III was $275. 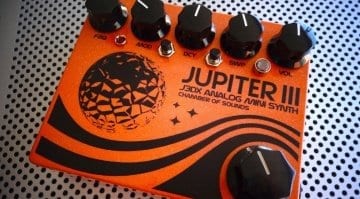 That thing is out there… Besides the synth, I want that guy’s string art!

This became an impulse buy once I realized so few are made and after seeing videos of previous incarnations. I bought when only 4 were left. I think this will work well for adding sound effects into songs. I’m looking forward to playing around with it. It seems the go-to effect to put on this is delay. I can’t wait to run this through my Hypnosis.