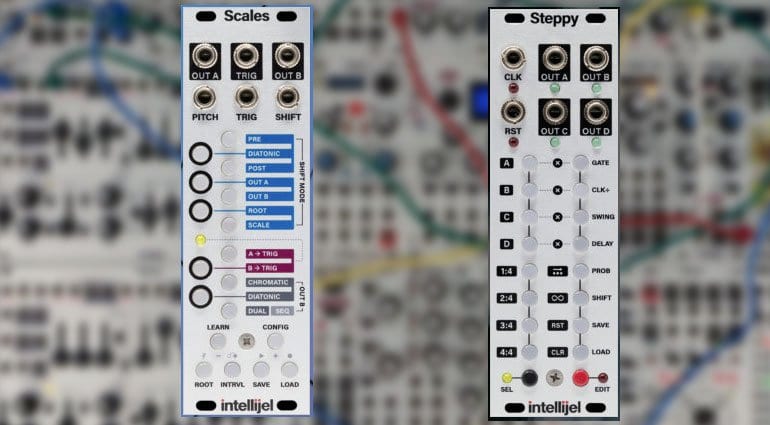 Intellijel is not at NAMM this year but they still fancied getting in on the action with two releases in Scales and Steppy.

Scales is a dual-channel note quantizer and step sequencer. You can simply set the notes on the front panel mini keyboard and it will pull your varying voltages into a sensible array of musical notes. It comes with 35 scale patterns for you to dial up and room for you to store your own. A second output allows you to set up harmonic intervals. Using the Shift control you can modulate that interval or change scales via CV. You can also feed in a second signal and have the both quantized separately to the same scale.

The sequencer lets you build up to 128 step sequences in an SH-101 style and store them in the module. The second output then runs the sequence while the first output continues with the quantizing. I have a uScale while is incredibly useful in my rack and Scales somehow manages to be more versatile and less complicated all at the same time.

Steppy is a 4-track 64-step gate sequencer with 8 memory slots in a remarkably small package. Each track has its own length, gate length, clock divider, swing setting, delay offset, probability control and can be shifted forwards and backwards by its own number of steps. Gates can be programmed on the grid of buttons or tapped in live as the sequence is running. Tracks can be muted and unmuted on-the-fly and you can loop two a pair of steps together during performance mode.

There’s a lot of possibility inside this module. Check out the video to get an instant flavour of what this is all about. 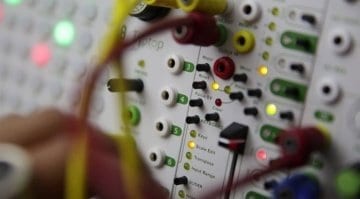 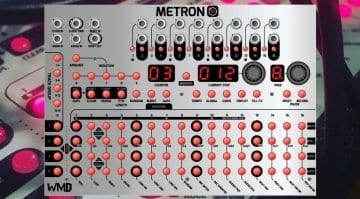