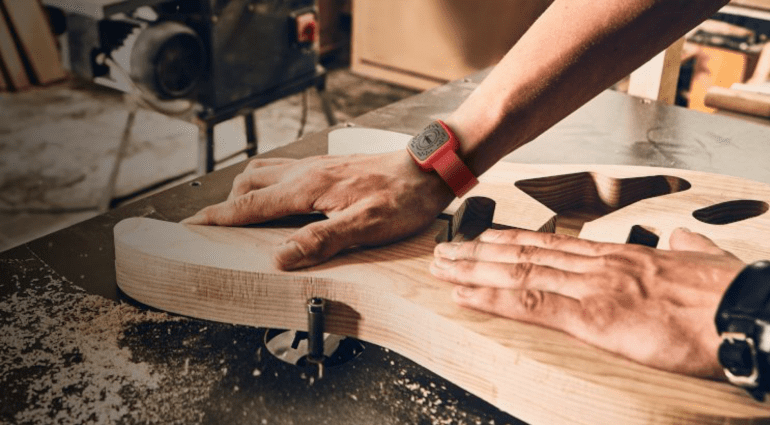 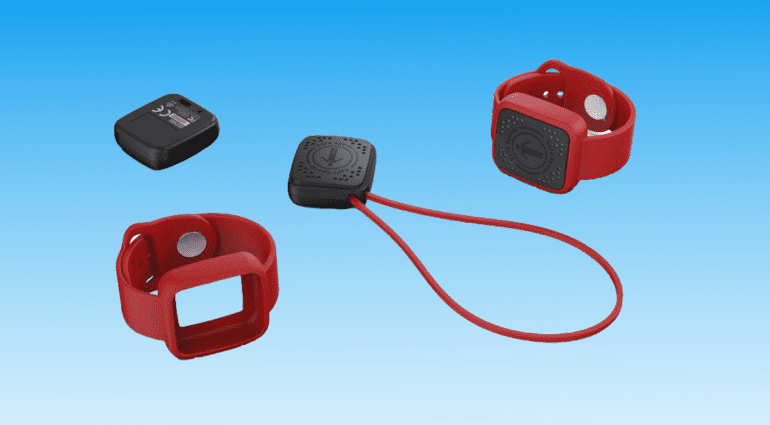 IK Multimedia has just released what it calls the “Safe Spacer”, a wearable social distancing monitor aimed at workplaces like factories and hospitals. A new tool in the fight against Covid-19? Or an intrusive monitoring device reminiscent of 1984? Despite a lively discussion here among the Gearnews team, we couldn’t agree…

Safe Spacer is a new device that beeps and/or vibrates if it comes within two metres of another Safe Spacer. IK Multimedia says it allows “MI and other industries to safely re-open and operate with peace of mind”. CEO Enrico Lori says, “We created Safe Spacer to help our Italian factory workers maintain safe distance during re-opening”. Imagine the amount of beeping in IK’s factory. Surely only rivalled by an all-night dawless-jam session in a Hoxton bar. The official website also has images of people wearing one of these while relaxing on a beach or, rather bizarrely, gambling at a casino. IK seems to think we’re all going to be wearing one of these any time soon.

Here at Gearnews opinions were starkly divided about this new product. On one side were the sceptics: Why on earth would you need this? Why spend money on a device to tell you when someone is nearby when you can just open your eyes? In what circumstances would you need someone to tell you how far 2 metres is? Then again, someone else said, what if you’re in a bustling workplace like a factory where people are often moving around behind you and you can’t always see who’s nearby? Isn’t this the kind of device we need for economies to reopen?

Whatever your take on this product, one risk we all saw was to privacy. Could the “unique ID tag and built-in memory that allows tracing of any accidental contacts” allow over-zealous employers to gather sensitive data on their unsuspecting staff? We would hope not. Here’s an excerpt from the official website:

Safe Spacer uses a sophisticated machine-learning algorithm to track not just other units’ location, but also how they are moving in the space. So it’s able to anticipate contacts and alert users before they happen, even if they’re not paying attention.

Sounds slightly creepy, whatever the benefits. In our discussion, one of our team likened Safe Spacer to “an app-configurable, modern-day slave collar”. Which was pretty funny, even if perhaps a bit overblown.

Since Safe Spacer only tracks your position relative to other units, it doesn’t capture traditional location information or other sensitive data. And only contacts are logged for potential tracing, keeping you safe and your privacy secure.

Of course, to be of any help in tracing, the device has to know who you met and be identifiable as yours, suggesting that it could be used to track your personal movements, at least in the sense of who you met with (as long as they were carrying one, too). But I suspect we musicians tend to be a bit cagey about this kind of thing.

Each Safe Spacer will cost €99, so employers buying these in bulk for their workforce and customers would be shelling out quite a bit of cash for this system.

What to do you think? A new tool in the fight against Covid-19? Or creepy tech we can do without? Let us know in the comments below. 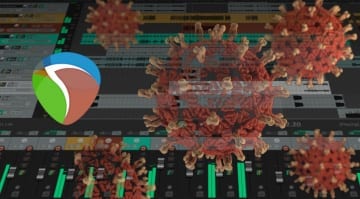