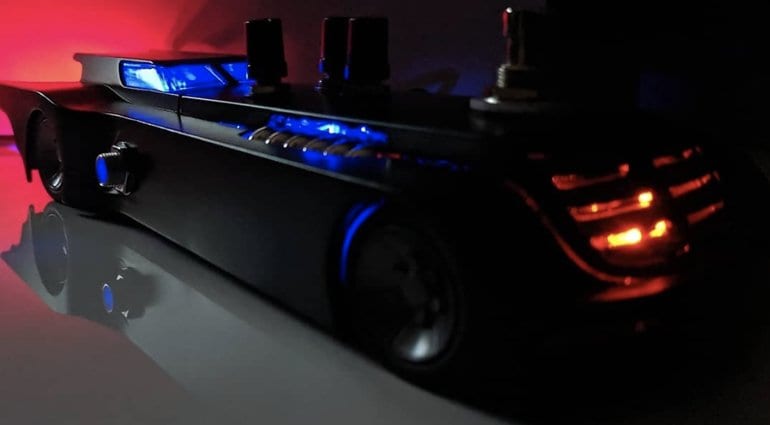 Batman or Superman? Batman, obviously. Guitarist fans of the Dark Knight can now own a matching Batmobile ‘Ratmobile’ RAT2 distortion pedal. Why? Because you can!

This boutique pedal is currently available for pre-order on Reverb. It’s modelled on the Batman’s car from the Batman animated series and will bring plenty of DC comic vibe to your pedalboard and make it, shall we say, stand out from the crowd! 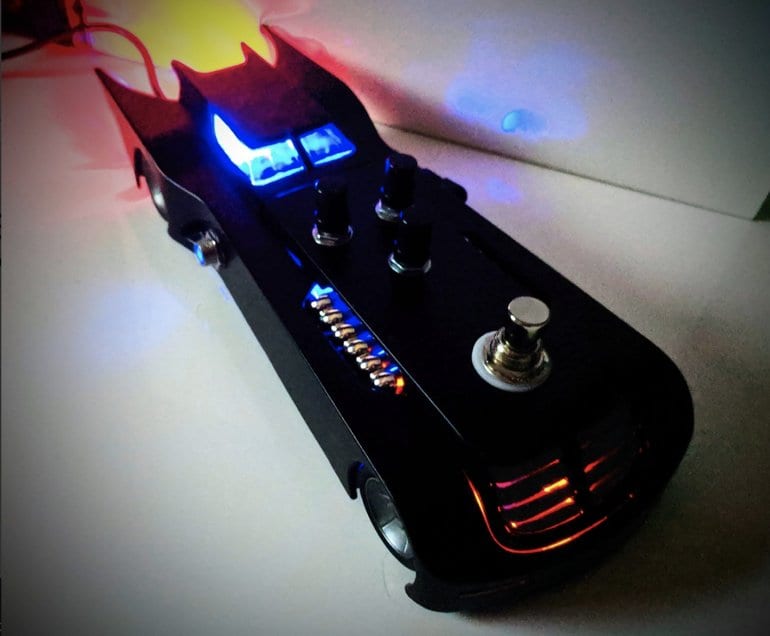 The pedal chassis is a 1:24 scale model of the Batmobile, and it’s a diecast all metal affair. It should be able to handle being stomped on. Beer spillage might be a problem, though… 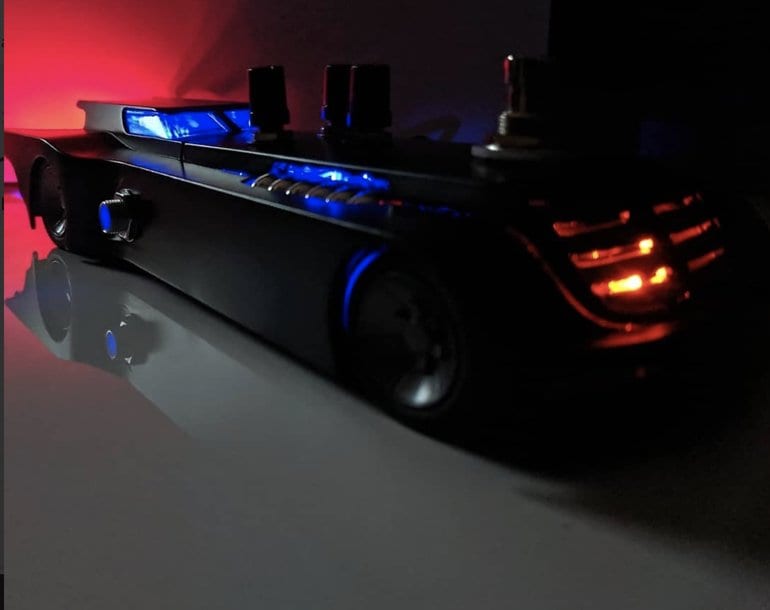 The tone circuit is the ProCo Rat2, with three controls that are as simple as can be: Overdrive, Level and Tone. 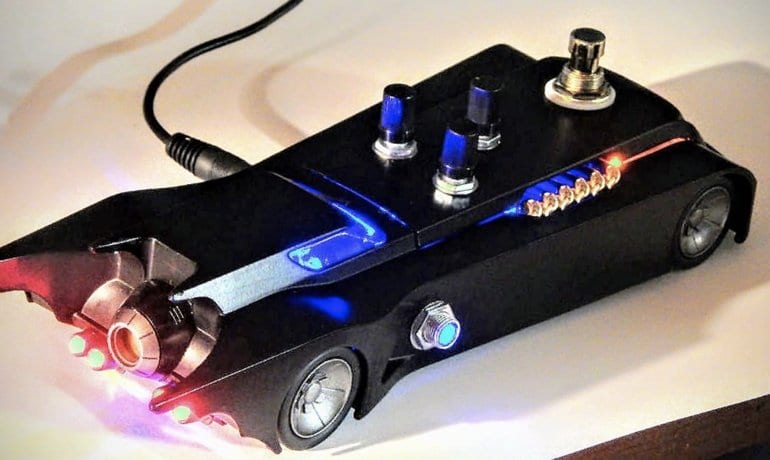 The pedal itself is powered via an external 9-Volt power supply. The listing states it has Headlight/Taillight LEDs and that it is true-bypass, 100% hand-wired and hand-built. But to be honest, I couldn’t care less about how this pedal is made – it’s just cool as f**k and I want one!

The Batman Batmobile ‘Ratmobile’ RAT2 distortion pedal is being sold by Vinyl Ventures Co., a company based in Lake Forest, CA, United States specialising in novelty pedals and is currently available as a pre-order vis the link below.