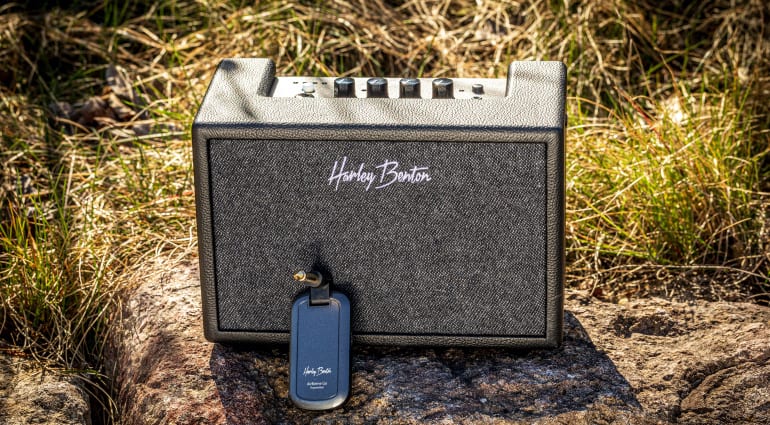 Harley Benton roars into the desktop practice amp market with the AirBorne Go, a modelling amplifier that packs in a feature set we’ve never seen offered before at this price. It ships with a transmitter/receiver system for freedom of movement while playing, and includes functions like Bluetooth streaming, effects and a drum machine. There’s even a free app for editing the sounds. This looks like a smart package that could be perfect as a low-cost practice solution for home use.

First off, a quick look at the specification list shows that Harley Benton has not skimped on features here. The AirBorne Go is a compact desktop amp with an integrated wireless 2.4 GHz transmitter/receiver system, amp modelling, effects, drum tracks and a mobile app to boot! The wooden frame houses a 3” speaker with 3 Watts, if you want to play without headphones. Three “classic” amp models are included, as well as 12 on-board effects guitar amplifier models. So far so good. 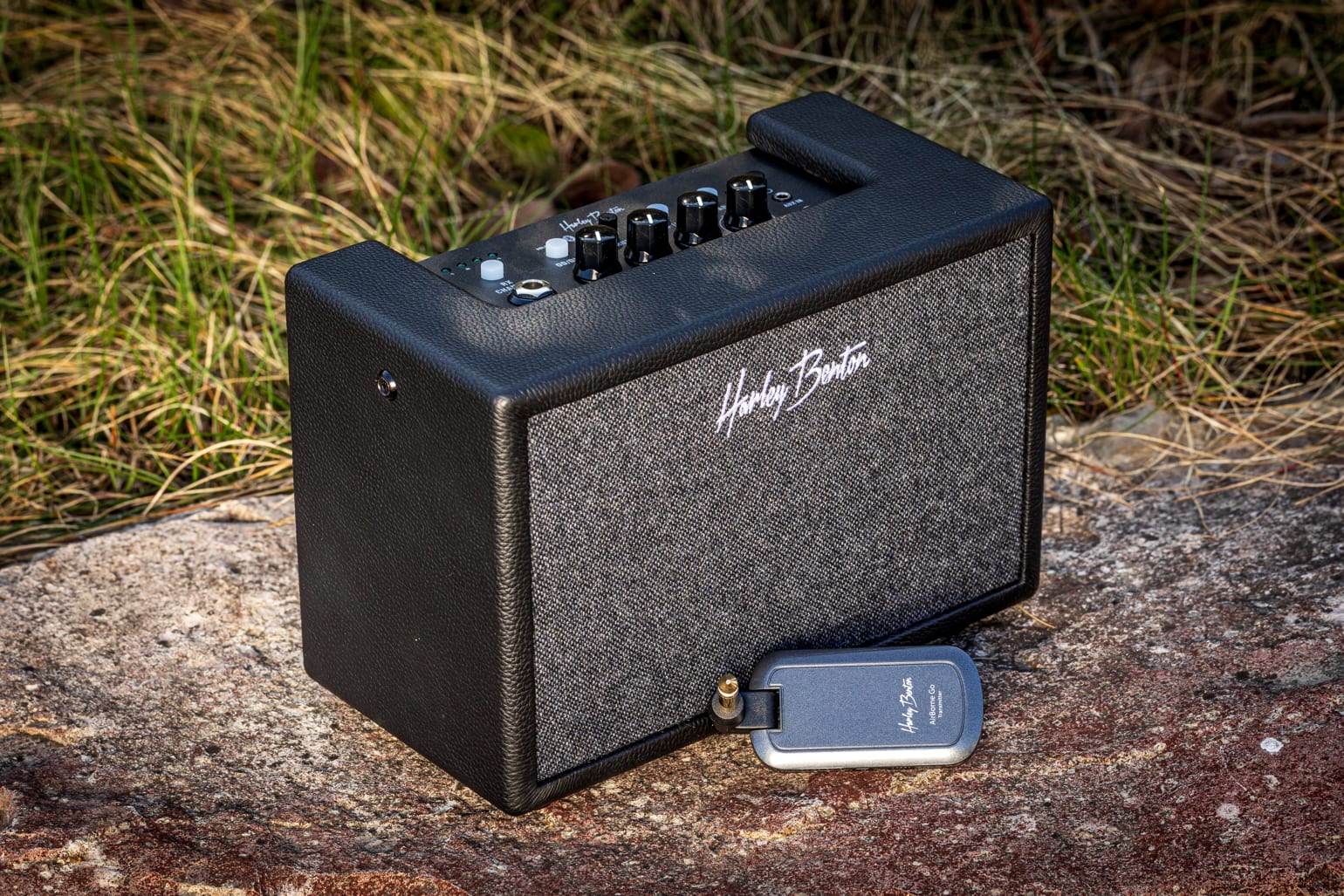 But Harley Benton is clearly out to offer you more than the competition. The AirBorne Go is accompanied by a mobile Android and iOS app that allows advanced tone editing, so you can easily sculpt your tones and save your favourites. You can stream audio to the amp from your phone via Bluetooth, too, to play along to your favourite tracks. Another big plus is the 2.4 GHz wireless plug-n-play transmitter and receiver system. Harley Benton has bundled in its existing AirBorne 2.4 Instrument transmitter with the amp, which costs €69 on its own and can run for up to 6 hours before needing a charge. The transmitter can recharge using the amp’s USB port. All in all, it’s a neat solution in a simple package that looks appealing for many practice scenarios. 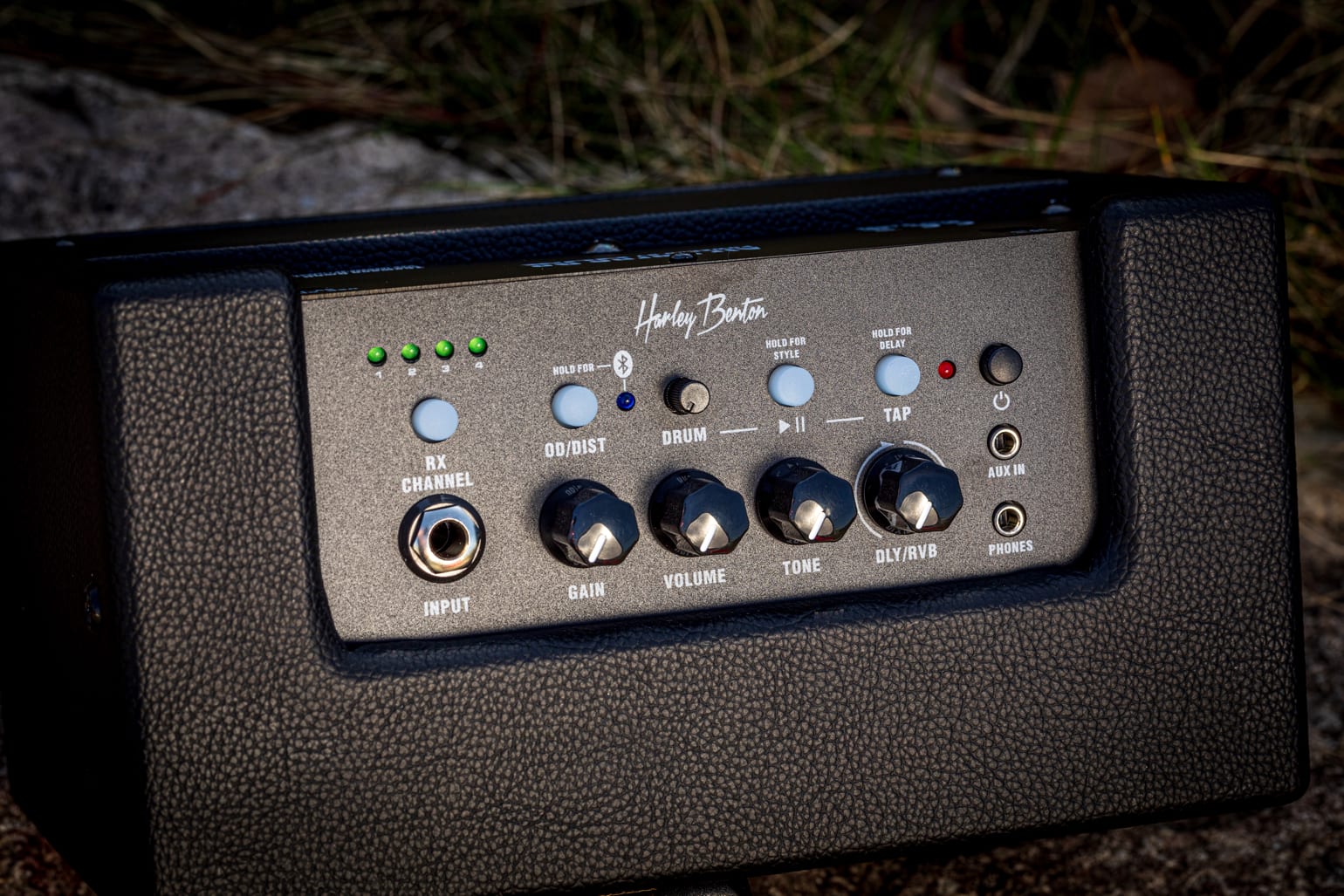 Apart from the USB port, the rest of the built-in I/O consists of an input jack, Aux/Line-in, a headphone output and a 9V DC jack (9V/1A adaptor included). The amp has controls for Gain, Volume, Tone and DLY/RV (delay and reverb), as well as a drum play/stop button and a tap tempo, presumably for the drum machine and the delay effect. 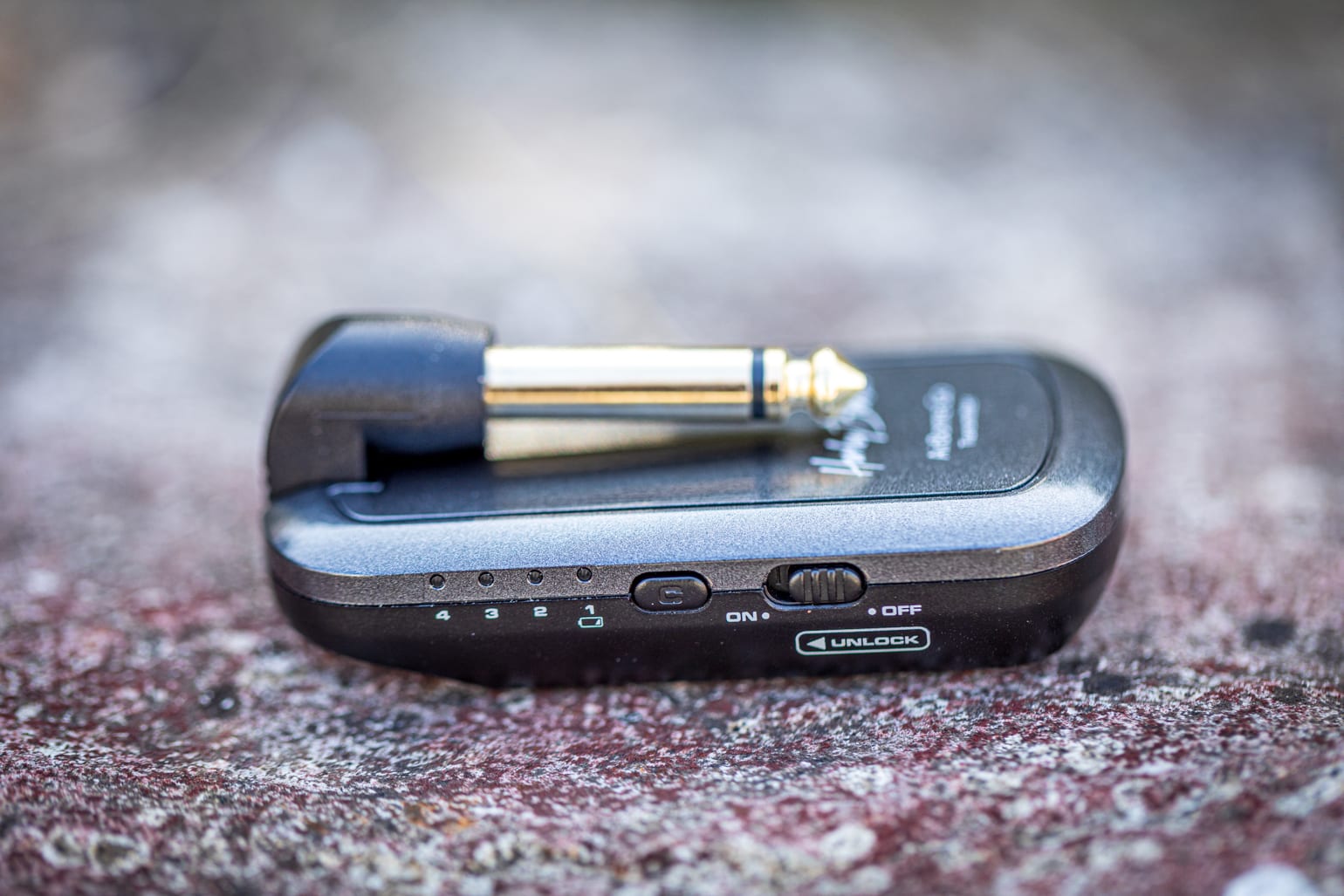 Having an onboard drum machine or metronome and the ability to jam along wirelessly to practice with backing tracks is obviously very useful to have in a practice amp. The 3-Watt 3″ speaker is in the same bracket as some of the desktop amps from Yamaha, Blackstar and Boss. and should be enough for home or office use. But now factor in all the other features and remember that this costs just €139. It’s a much lower price point than comparable amps with a similar feature set. The back of the amp says “Powered by Nux”, so we can assume that the maker of well-priced, good-sounding gear like the Mighty Plug and NG-30 was involved in its design or manufacture. If the quality of the amp sounds and effects are up to scratch, the Harley Benton AirBorne Go should be a serious contender as a do-it-all amp for home or the office. It’ll certainly get you a lot for your money. 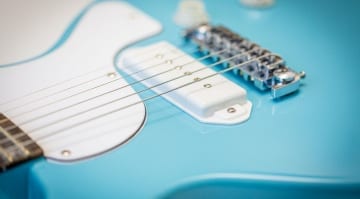 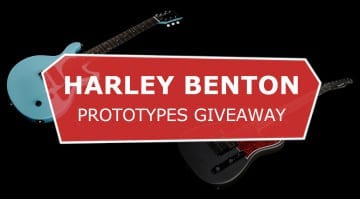 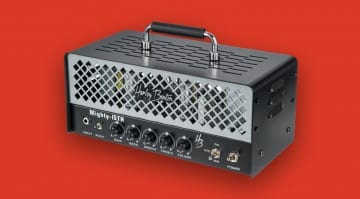 2 responses to “Harley Benton AirBorne Go: A wireless desktop modelling amp for only €139”