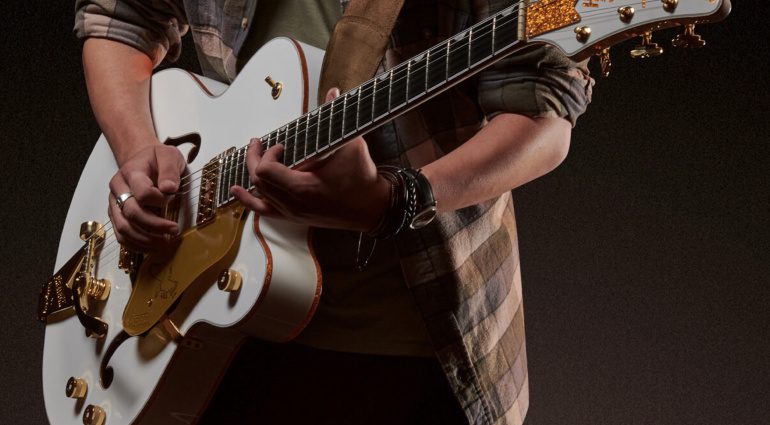 Gretsch has just announced its new upgraded Players Edition Hollow Body series. The new models come with some nice enhancements including new FT-67 Filter’Tron pickups, rolled fingerboard edges, and Luminlay side dots. And these are just some of the new features amongst the list of updates.

The list of upgrades for the new Gretsch Players Edition Hollow Body models is quite impressive, with some subtle yet very well-thought-out enhancements to the classic formula. The following updates were made across the range: Modern Bracing Patterns, new FT-67 Filter’Tron pickups, a new more comfortable set U-shaped maple neck with rolled fingerboard edges, a Graph Tech Tusq XL nut and glow-in-the-dark Luminlay side markers. 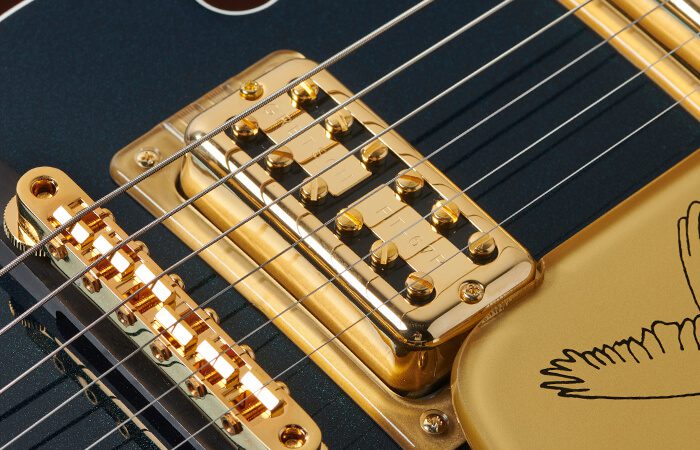 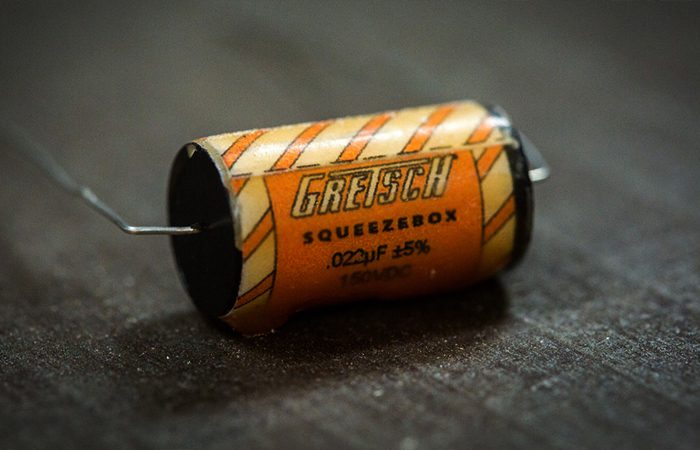 The models now have a Master Volume with a Treble Bleed Circuit and No-Load Master Tone controls, as well as the Squeezebox paper-in-oil capacitors. And finally, you get a String-Thru Bigsby which makes re-stringing a breeze. I’m quite impressed with all these updates. I feel all these enhancements will benefit players and make the playing experience more fun.

The Gretsch site describes the FT-67 Filter’Tron humbucking pickups as having an ‘authentic vintage Gretsch voicing but with a more well-rounded tone for modern playing’, and the video demo below appears to back this up. I do like the tones in the video (the playing is a little dad rock for me though) and think these could sound great cranked through an amp. I’m looking forward to hearing what new owners think of them.

First up is the G6136TG Players Edition Falcon Hollow Body. It has ML bracing, a more comfortable 2.5” deep maple body, and a 25.5” scale length. It comes in either Midnight Sapphire or a White gloss urethane finish.

The left-handed G6136TG-LH Players Edition Falcon Hollow Body comes in a White gloss urethane finish. According to the Gretsch site, you are supposed to pay extra for being a lefty, which is a shame really. Thankfully, Thomann has them at the same price though.

Next is the G6122TG Players Edition Country Gentleman which has the Electrotone-body style from the 1960s and simulated f-holes. This one comes in a Walnut Stain gloss urethane finish. The model has Parallel bracing and a  2” deep maple body.

Then you have the G6120TG-LH Players Edition Nashville that is the left-handed model version and only comes in Orange Stain gloss urethane finish. You also pay an upcharge for being left-handed, which is off-putting.

This G6120TG-DS Players Edition Nashville model is an exception, as it is the only one to come with DynaSonic pickups. It has a 24.6” scale length and comes in a Roundup Orange finish.

The G6119T-ET Players Edition Tennessee Rose is another Electrotone-body style. It comes in a Deep Cherry Stain finish and has nickel hardware instead of gold.

Finally, the G6118T Players Edition Anniversary has a 16” wide, 2.5” deep maple body with ML bracing and comes in a two-tone finish, either Copper Metallic/Sahara Metallic with a silver pickguard or Vintage White/Walnut Stain with a tortoise pickguard, both with nickel hardware.

Overall, some nice updates to some classic models. It’s a shame that they charge more for the left-handed models though. You can see the full details for all the new Players Edition Hollow Body models from the link below. 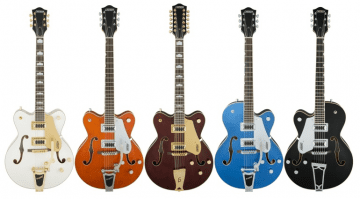 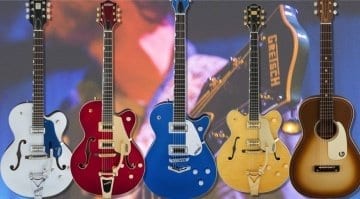 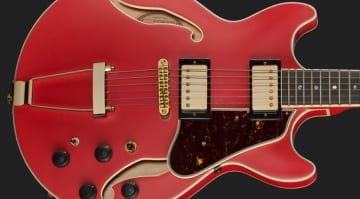