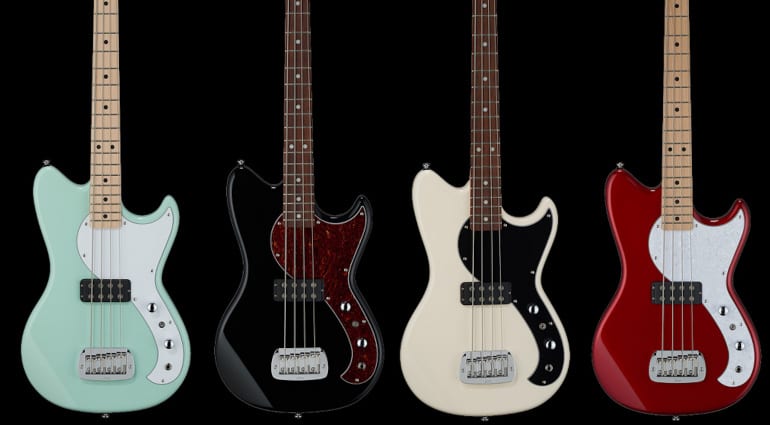 G&L has just released new standard colour Tribute Fallout short scale basses. These new models follow on from the “Launch Edition” versions from the end of 2019, but without the racing stripe. Read on if you’ve been looking for a short scale bass to add to your arsenal.

The Fallout short scale bass is a relatively new model for G&L, and was previously only made in the USA. This new Tribute series has similar specs to the US version, and because it is produced in the Far East, should come in considerably cheaper than its American counterpart. There are, of course, a few differences, such as the paint job, for example. 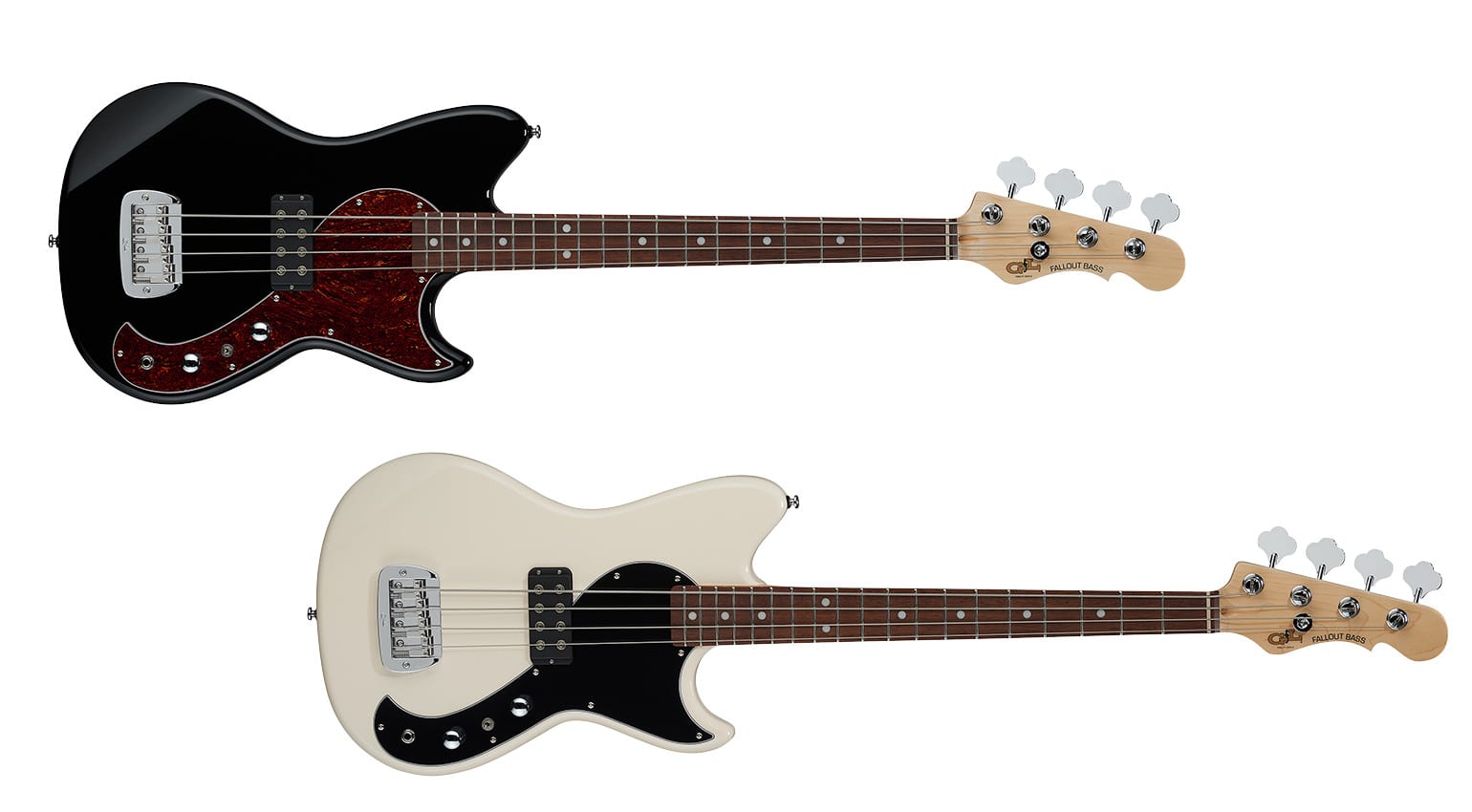 All models have a Basswood body and a 30″ short-scale maple neck, whilst the fretboard material depends on the colour option. The Jet Black and Olympic White finishes come with Roasted Jatoba fingerboards, and the Candy Apple Red and Surf Green models come with maple fingerboards. Hardware includes a Saddle-Lock bridge and a set of G&L tuners, and the bass comes factory-fitted with D’Addario Nickel Roundwound short scale strings (.045-.065-.080-.100) as standard. 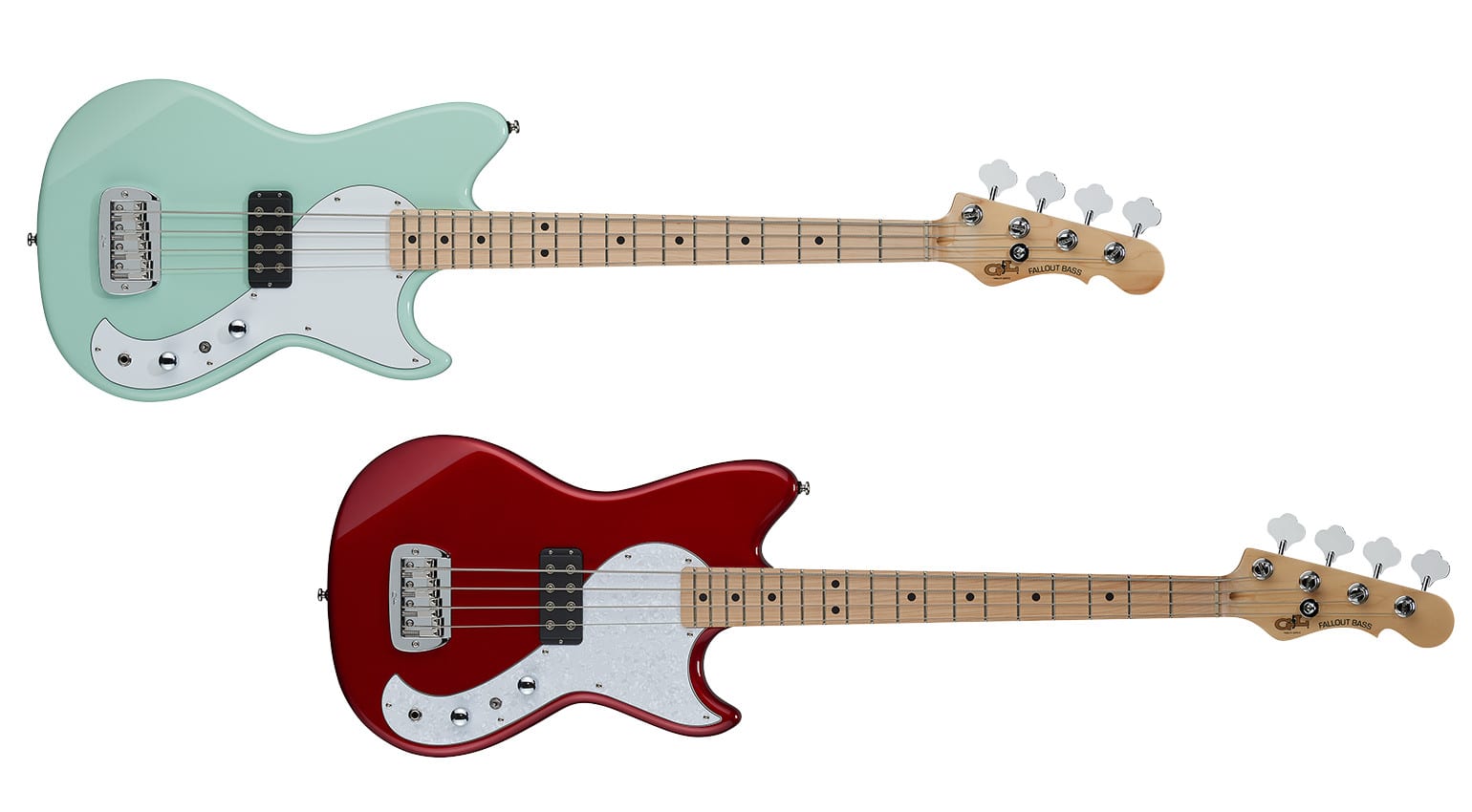 The single MFD humbucker in the middle position can be switched to parallel, split, or “OMG” using a 3-way selector switch, which should provide enough variations from this simple single pickup setup. So it should still have plenty of thump, despite its short scale.

If priced right, I think they’ll do well, as short-scale basses can be a lot of fun!

You can hear the Tribute Fallout basses in action in the demo videos below. 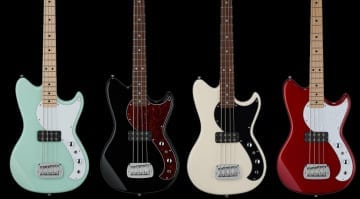 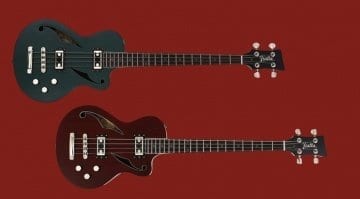