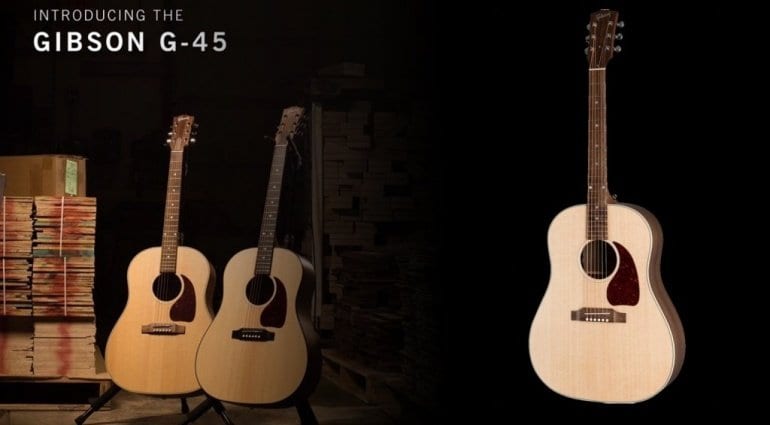 After all the negative news of the past few weeks in connection with Gibson, I am very happy to finally be able to report about some new instruments. With the release of the new G-45 Studio & Standard, Gibson has released two new  acoustic guitars. Made in the USA at a surprisingly low price.

The Gibson G-45 Studio & Standard are the new duo of the ” Round Shoulder ” models. Modern features, such as slimmer body dimensions and an easily accessible neck profile, join well-established designs, such as the concealed dovetail neck joints.

Both versions have the following similarities: The body is made of local walnut, the top of Sitka spruce (known for its crisp highs and good projection) and the neck is made of Sipo.

The models both have the Mini Grover Rotomatic Tuner which should provide good solid tuning on the guitars. You also get Volume and Tone controls on the built-in Fishman Sonitone piezo pickup and these both are located discretely in the sound hole.

Made in the USA

The new G-45 series is made in Montana by the same team that produces the J-200, Hummingbird and J-45 acoustic models. 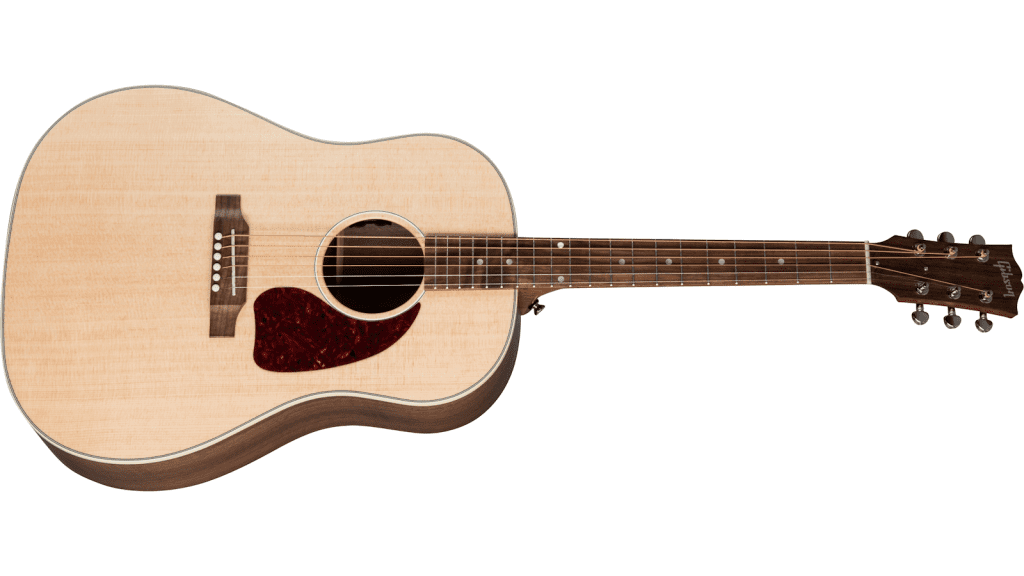 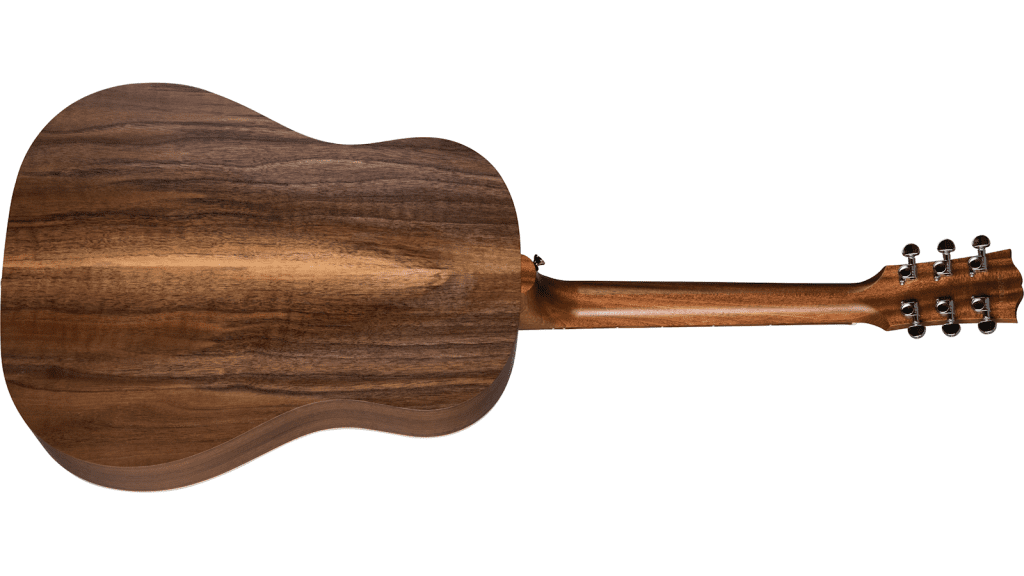 At first glance, the two new Gibson models look pretty similar. So what are the differences?

First, the finish.  While both guitars are in Antique Natural, the Studio is equipped with a chic satin finish (nitro) provided, while the Standard is glossy. Fretboard and bridge on the Studio are both made of walnut while the Standard uses Richlite for the fretboard instead. In addition, the Standard is adorned instead with soft diamonds as fingerboard inlays instead of the basic dot fret markers.

Quality from the USA?

If you look at the comments below the videos uploaded on YouTube, you quickly realise that Gibson has not done much in recent weeks with their “Play Authentic” video. Although the American production is praised, here and there their quality is questioned and it is discussed whether the shape of the G-45 is not too much like a Martin and how “authentic” that is. In any case, the new G-45 models for US-made instruments seem to offer good value for money.