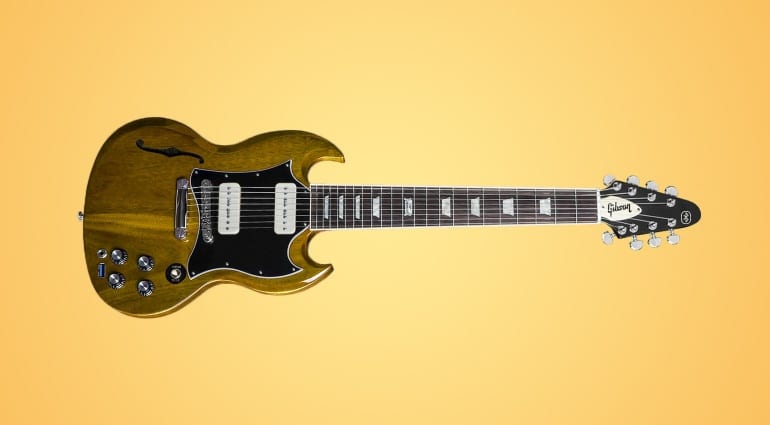 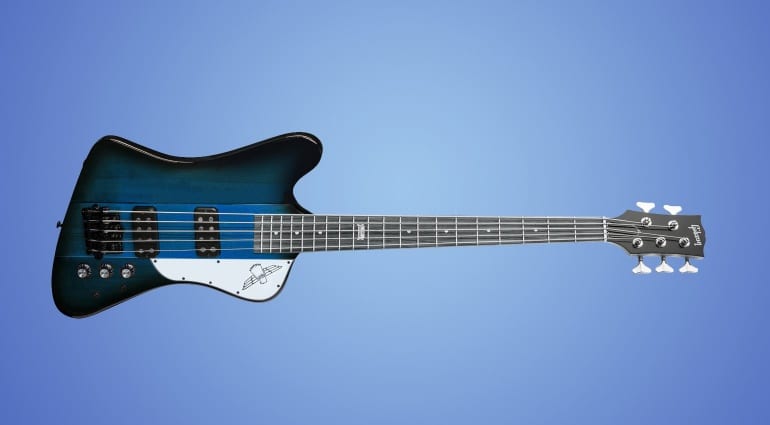 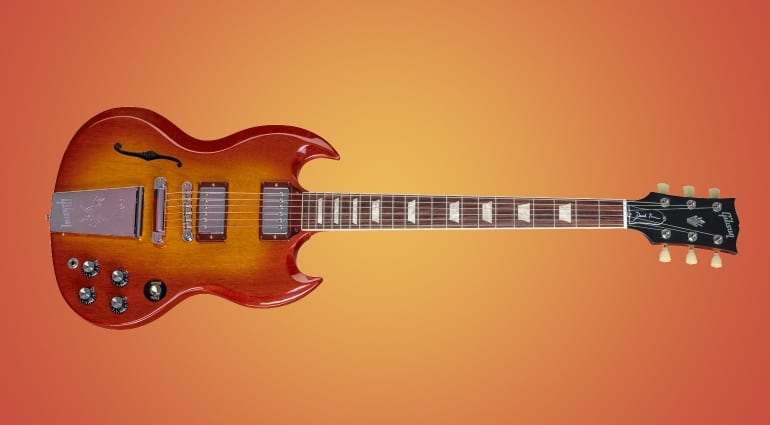 Some Photoshop fun by our graphics team: Semi-acoustic SG in cherry sunburst? Any takers?  ·  Source: gearnews.com 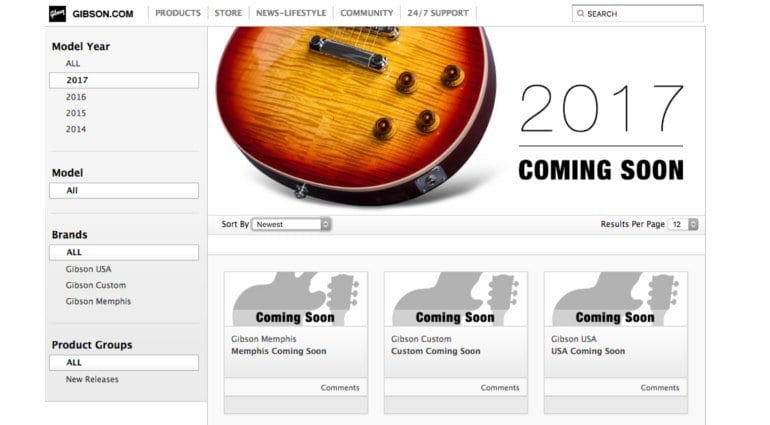 An SG with a Flying V headstock and P90s? A Les Paul with single coils? A blue inverted 5-string Firebird bass? Guitar forums around the globe have been gearing up for the upcoming 2017 model year announcement, and as usual rumours are flying around various forums. There are even a few that sound well-informed and plausible, as well as the some obvious hoaxes.

Our very own Jef Stone has been keeping his ear very close to the ground and found something intriguing on a thread over at mylespaul.com. User aceinet reports that:

the local Sam Ash in San Antonio has received two 2017 Les Paul Classics. One in Cherryburst and one Goldtop. Price $1999. Sorry no pictures but I’m sure the floodgates will be opening soon for other stores. Glad to see a goldtop back in the Classic lineup.

A similar post cropped up on the official Gibson Les Paul forum by user Metallica1:

Sam Ash in Clearwater, Fl has 2 – 2017 Les Pauls. They said more will arrive every week  […] Both were 2017 LP Classic. One was Cherry Sunburst and other was Gold. I was able to demo. He said check back next week to see what other models/finish are on the way.

The thread also includes photos of a guitar labelled “Les Paul 2017 Cherry Sunburst” with a price tag of USD $1,999.

Although there’s no official confirmation yet, it seems that Sam Ash has received deliveries of a new model of Les Paul classic, one in Cherry Sunburst, the other in Gold, with a price tag just shy of two grand.

Another thread on the official Gibson forums, this time on the SG forum, contains this from user darling 67:

Working on our November catalogue, and a bunch of new images for the Gibson 2017 line just came in… […] It would be unethical for me to post images of them… but I can say that there’s a real sharp-looking Cherry Burst SG Standard coming.

Jef also noticed this post over at thefretboard.co.uk, which seems to be a pretty weak hoax:

Of course, we at the gearnews.com team have also been talking about what might be in the offing. Or at least what we would like to a) See released and b) Be able to afford. Claudius is very keen to see a relaunch of the SG bass – but this time with no neck dive. Jef reckons there’ll be a Joe Bonamassa signature model of some sort. Will there be a double-cut Les Paul in TV Yellow? I’d like to see Gibson shrugging off some of the negative press that’s been circulating over the last year or so, concerning product quality, management style and dubious sales strategies, like the ones voiced in this Gawker article from last year.

What are you hoping for from Gibson in 2017? Have you got any insider info on the new models you’d care to share? Let us know in the comments section. Stay tuned for more on the Gibson 2017 line-up at gearnews.com as it happens…