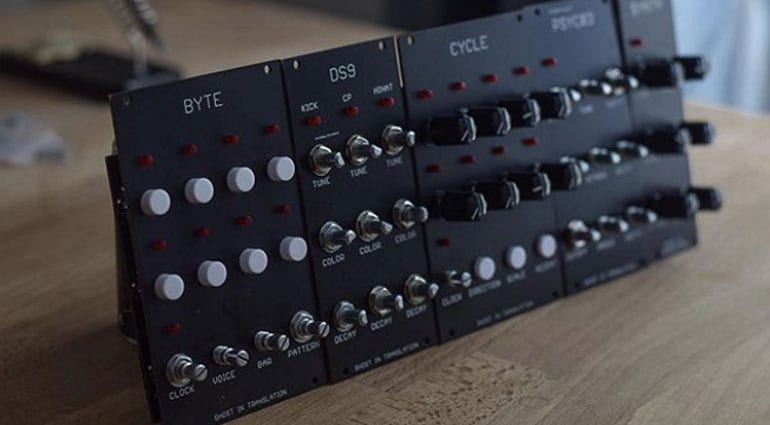 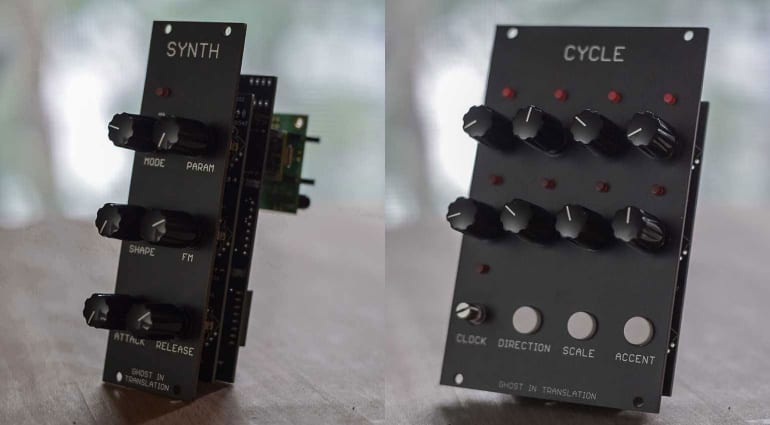 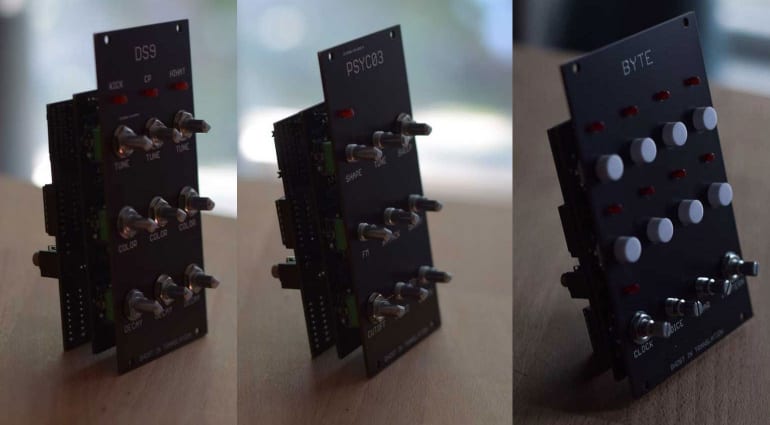 An interesting project is underway from Ghost In Translation building a unique modular format based on Eurorack sizing but run on Teensy boards and controlled by MIDI behind the scenes.

The project has been appearing over time on Instagram slowly revealing a range of modules and the processes behind it. They look like regular Eurorack modules until you realise that there are no patch sockets. The control system does not run on Control Voltage it runs on MIDI and the connections are made through the back of the modules. The audio output, assuming it has one, is also situated on the back coming out of the Teensy audio board. This is a purely digital system.

The idea came about through Ghost In Translation’s dissatisfaction with his live performance setup of laptops, controllers and Ableton Live. He was inspired by what he found in the immediacy and creativity of Eurorack but found the expense prohibitive and wasn’t particularly impressed by the tangle of wires that patching brought to the show. So he set out to develop a simple, versatile and inexpensive homemade modular system.

So far this has resulted in 5 different modules:

Part of the concept was to base modules on the same PCB to further reduce costs and make development simpler. The PSYCO3 and DS9 are based on the same PCB he calls Motherboard9 – I guess the 9 knobs are a giveaway. Cycle is based on Motherboard12 and Synth on Motherboard9 with more to come in those formats. Because of the nature of the programming, each module can be a complex modular synthesizer all by itself and that makes it extremely versatile.

Ghost In Translation has begun offering the PCBs for sale so people can start to develop their own system. The build and coding instructions are available on Github and because most of the heavy lifting is done by the Teensy microprocessor then they are relatively simple.

A modular system that is patch-cable-free, uses the familiar and programmable MIDI format for communication and is relatively cheap to build is a nice idea. I’m reminded of the 3dPdModular system we saw recently that was based on a Raspberry Pi. It will be interesting to see how this develops. 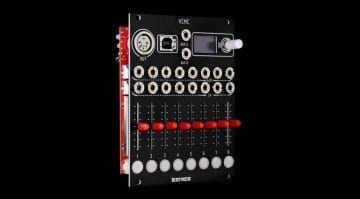 One response to “Ghost In Translation: Eurorack Modular with a Teensy MIDI heart”