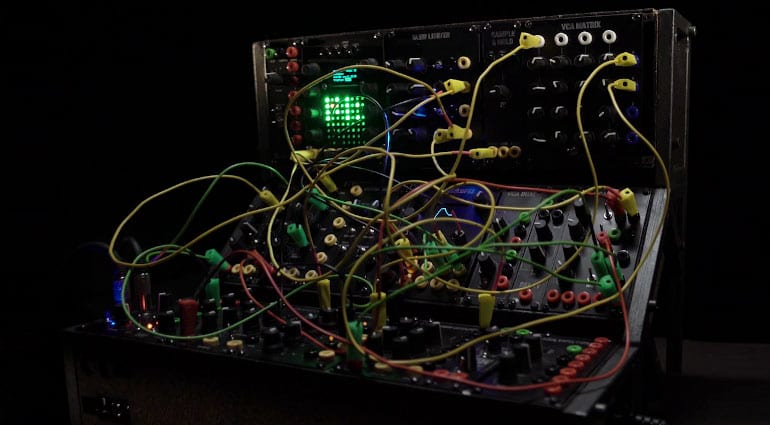 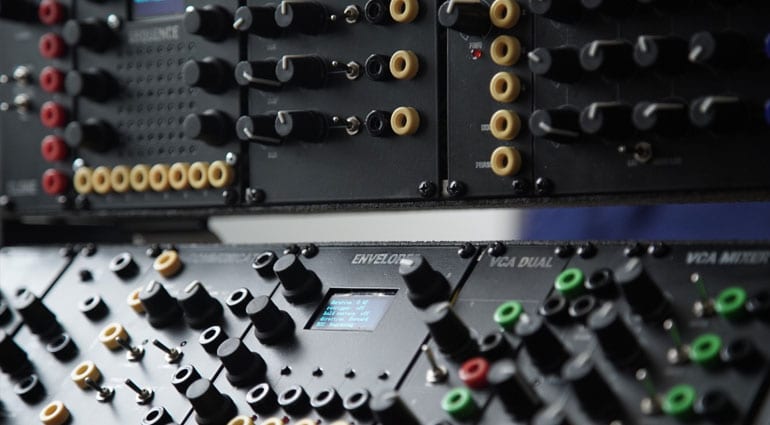 The idea is to use Pure Data running on a Raspberry Pi as the brains behind a fully realised hardware modular synthesizer. You have all the physical patching and interaction of hardware but the versatility and expandability of a software environment. That’s potentially brilliant.

The system runs on a single Raspberry Pi micro-computer and a Teensy micro-controller. All the modules are connected into that and controlled via the visual programming environment Pure Data. That may seem intimidating but within the system there are a number of modules that are already programmed and ready to do their functions without you having to know anything about the Pure Data going on in the background.

Currently there are VCAs, oscillators, LFOs, Sample & Hold, filters, envelopes and sequencers – everything you need to build a working hardware modular.

A big feature of the system is that you are not constrained by the hardware. They’ve produced a number of “Generic” modules which have various knobs, switches and ins and outs that you can program to do whatever you want. So if you’ve always wanted to design your own modules this could be the system for you. All you need is some ideas and a grasp of the Pure Data environment. That may sound difficult but after watching this video it seems remarkably straight forward.

One feature that I find confusing is that they’ve made the system conform to the Eurorack sizing but they’ve opted for banana plugs as the patching format. Banana plugs are great but Eurorack uses minijack and you’ve immediately created a barrier between the two formats and I imagine it will discourage Eurorack users from giving it a go. On the other hand it does allow for colour coding sockets, so that’s something.

However, a comment from designer Alexandros Drymonitis (below) says that all the patch sockets actually carry data rather than CV or audio and he decided to use banana plugs because it wasn’t going to be compatible with Eurorack signals anyway. In fact if this is the case then it’s not compatible with any other modular hardware and that’s not remotely clear and probably very important.

3dPdModular has just launched on the GoGetFunding.com crowdfunding platform where they are hoping to raise an ambitious €100,000. You can buy into systems starting with 6 modules and an 84hp case for €600 going up to 252hp and 19 modules for €1,550. That’s astonishingly good value for a modular synthesizer.

Update: Originally none of the systems you can buy came with a Raspberry Pi which I thought was a bit weird and unhelpful if you wanted to buy a fully working system. I’m pleased to say that they will now include a fully configured Pi with every system if you need one.

Modular on the cheap

Hopefully 3dPdModular will give you all the help you need in setting up and configuring the system because then you’ve got a potentially awesome system with proper hardware controls and patching for a fraction of the cost of regular modular. Although you need to consider it as an independent stand-alone modular system and not something that will integrate with other modular formats. 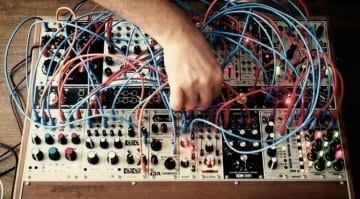 Is U-He working on a virtual modular system?