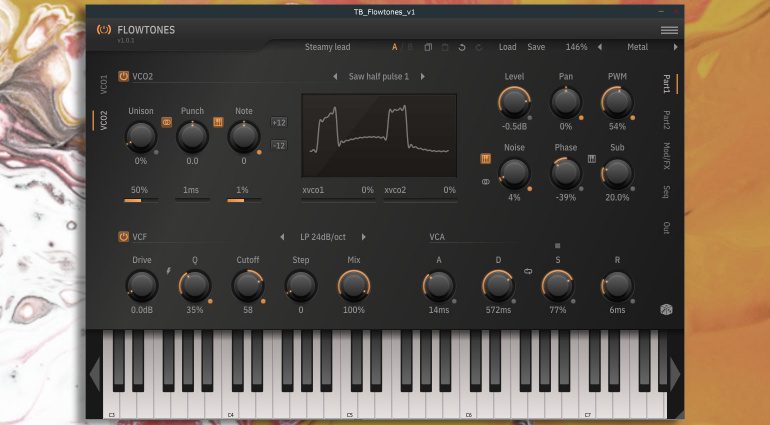 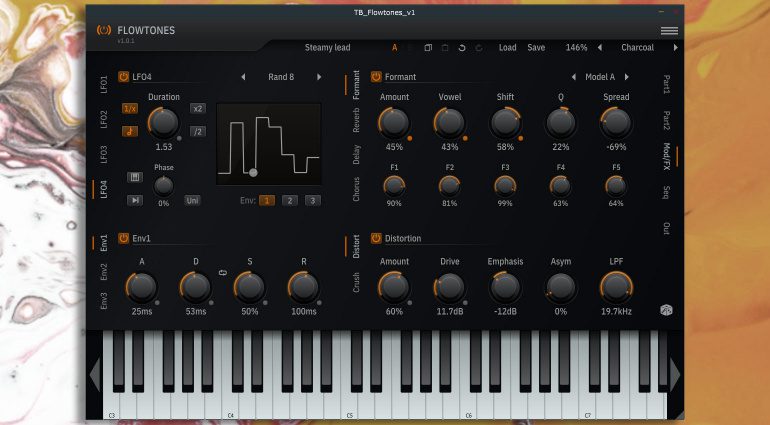 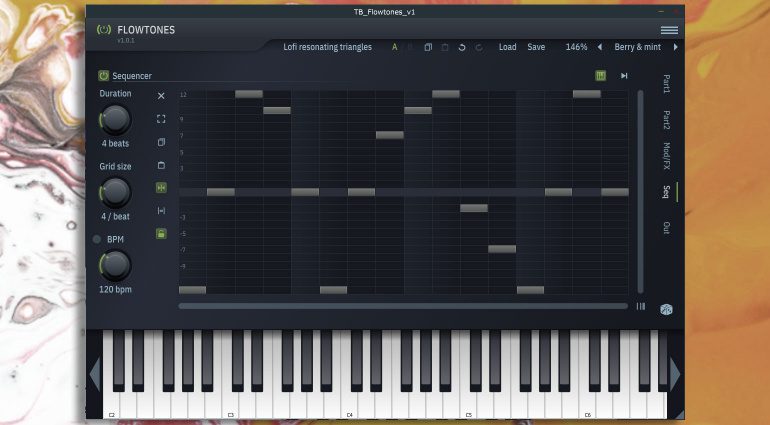 ToneBooster Flowtones layers up some virtual analog sounds with multiple windows of sound design and editing as a plugin for your DAW.

They say it has a “True VA synthesis engine” as if to suggest that a software synthesizer can have some kind of untrue or fake analog synthesis engine. I think what they are getting at is that this is no rompler or wavetable synth, no no, instead this is the modelling of analog circuitry like the thousands of software synths that have come before it. However, Flowtones much have something cool and interesting going for it or it wouldn’t exist, so let’s check it out.

On my first play it sounds pretty darn good. No complaints from that point of view. They’ve packed in all sorts of sonic possibilities with 36 analog waveforms and over 30 filter types. Flowtones essentially loads up two dual VCO synthesizers as layers and each has its own collection of synthesizer parts like filters, modulation and effects. 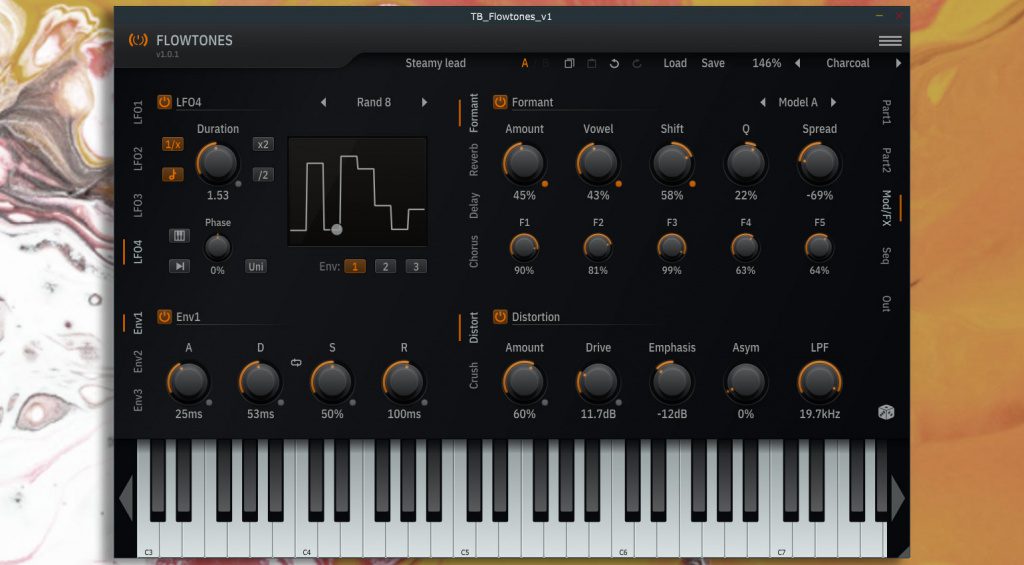 Everything has loads of options. You have 30 LFO waveforms for 4 LFOs, every sort of filter you can think of, 3 envelopes, chorus, delay, reverb and formant effects along with two types of distortion. All the waveforms are nicely displayed and it’s gratifying to see the oscillator waves change as you tweak and sculpt them and see the LFOs demonstrate their movement. Even the envelopes have a helpfully animated visual demonstration of their modulations. This is great stuff!

Hidden in amongst the many pages is a Step Sequencer that can give you instant melodies or chords to a single strike of a key. The effects also sound really good and can, of course, all be modulated from the excess of modulators. At the end of the chain is a Master EQ and limiter which is a nice and rare touch.

Flowtones is a very competent and good looking synthesizer that has a lot going for it in a very crowded marketplace. 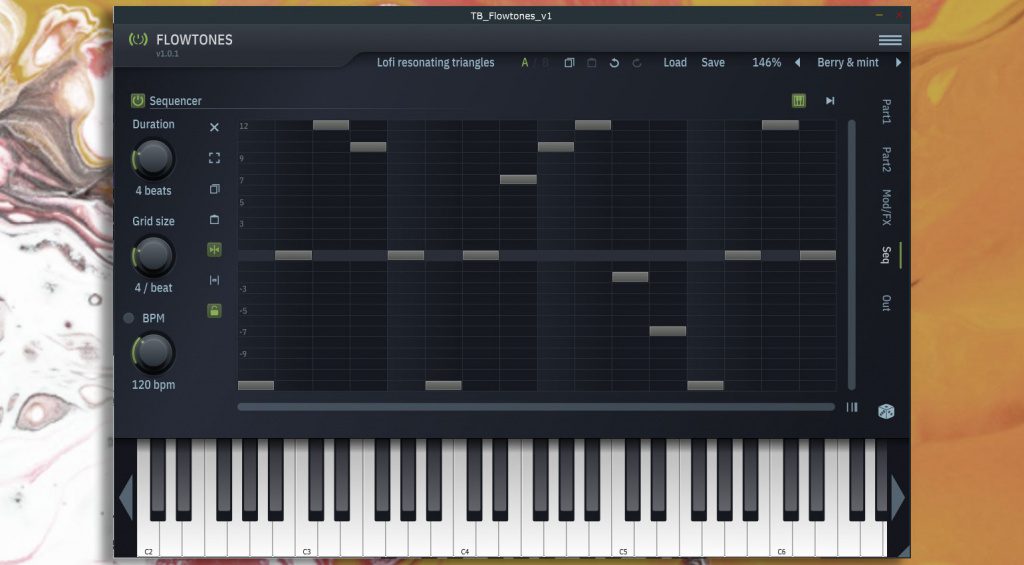 It does have some annoying aspects, like why does the installer have to install a dozen other ToneBooster products that clutter up my plugin folder? Why are there no buttons for stepping through the presets meaning you have to bring up a browser every time? The interface, on the whole, while perfectly nice to look at, appears to be designed for the iOS version and so you only get a handful of things on the screen at once. For each VCO, each part, the modulation, the envelopes, the LFOs and the effects you’re constantly having to go to a different page, a different screen, a different window. If you’re working with 2 oscillators then you’re going to want to see them together rather than having to switch between windows all the time. The envelopes are on a different page to the filter which is super annoying for anyone who has ever used a hardware synth. So while the interface is great for fingering about on an iPad if you’re using a desktop OS, which is what this version is aimed at, then we can stand to have many more of the parameters on the screen at the same time. And lastly, on Windows there’s no ASIO support in the standalone version making the latency response very lacklustre – I have no clue why any virtual instrument manufacturer would not include ASIO support, they are better off not including a standalone version.

So, if you can get over the frustrations of a synth that feels like it was ported to Windows as an afterthought then Flowtones is pretty decent and worth the €59.

I’d like to show you a video of it in action but all the videos are of the iOS version. Oh well, I guess it will have to do. 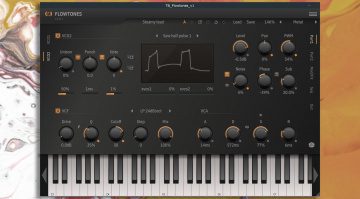 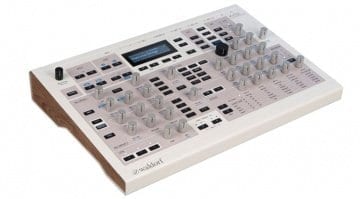 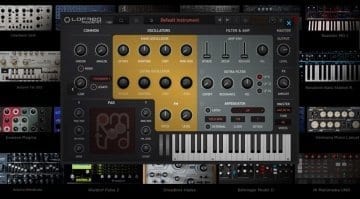 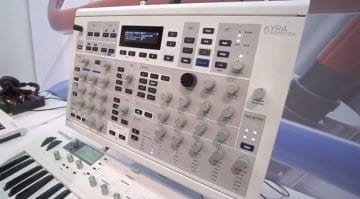 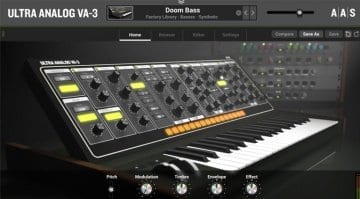