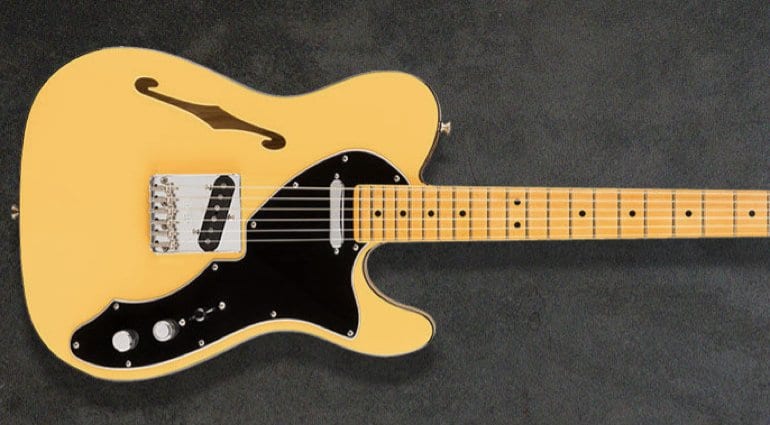 Fender has released official information and a promotional video for the new Tele Thinline signature model developed with Spoon frontman Britt Daniel. The guitar was first shown during Summer NAMM earlier this year.

This new Fender signature model for Britt Daniel is a classy looking Tele Thinline. The Spoon frontman says in the new video that he likes to use one quality guitar when playing live and prefers to not have to keep changing guitars during a set. Ideally, that means that this new model can cover many bases.

The Thinline semi-hollow ash body is finished with a fetching Amarillo Gold lacquer finish. Then you get a nice Deep “C” shaped neck with a comfortable 9.5”-radius fingerboard loaded 22 medium jumbo frets.

Finally, you get a set of Fender’s ClassicGear tuners, which look vintage, yet have a more modern 18:1 gear ratio. This is paired with a modern six-saddle Telecaster style bridge. 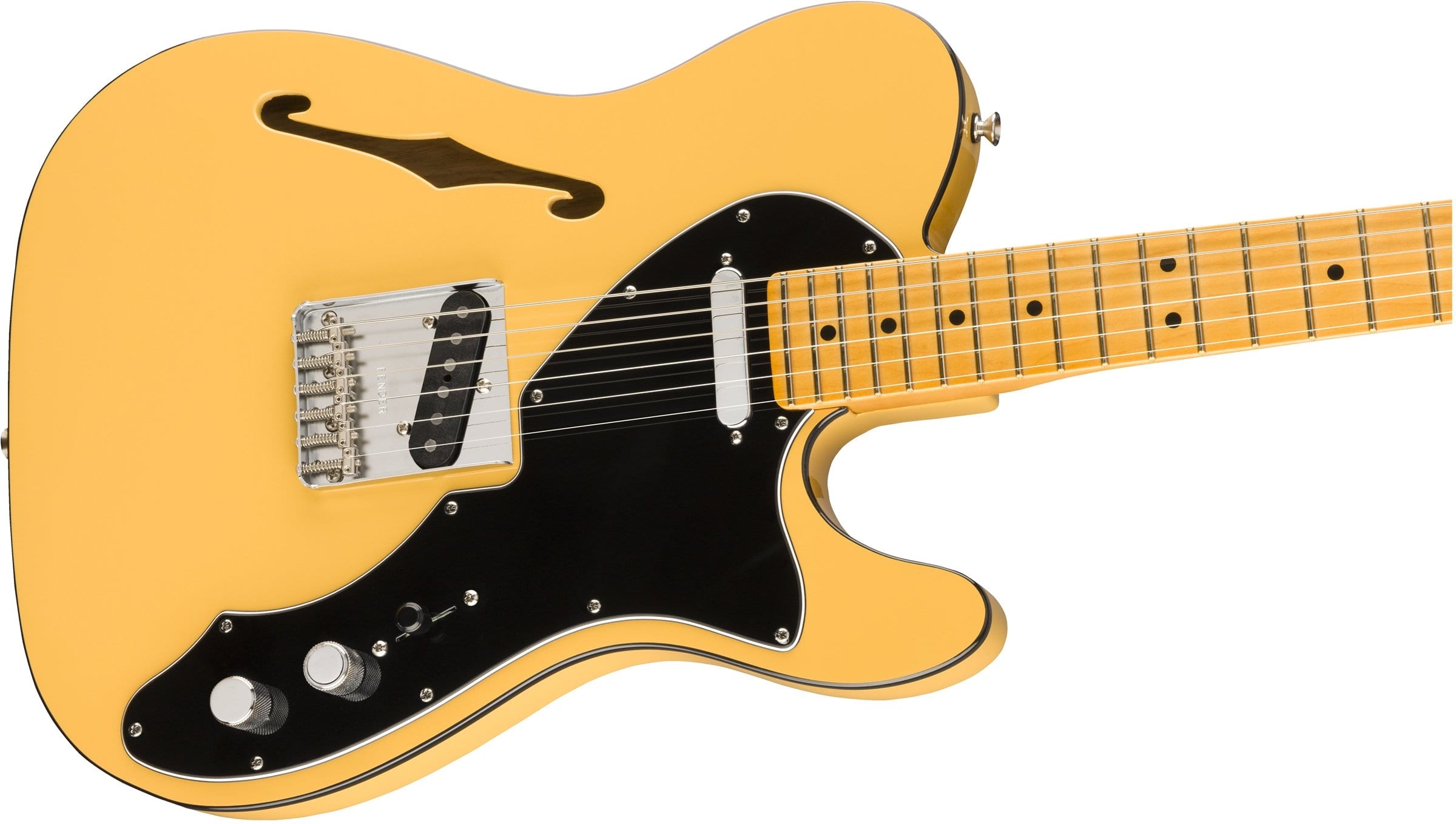 On the pickup side, this guitar has a Fender Custom Shop Hand-Wound Vintage-Style single-coil bridge pickup and a  Custom Shop Hand-Wound Texas Special single-coil Tele neck pickup. This combination should have all those classic Tele tones you love, but with a little more grit when you need it. They are all wired via the Fender S-1 switch for series/parallel operation, which will give you some extra tones when compared to a standard Telecaster wiring setup.

This is good looking guitar, no doubt. But it doesn’t come cheap at just under two grand a pop! However, if you are after a decent Tele Thinline, or you are just a fan of the band Spoon, then this should be on your radar as a potential buy.