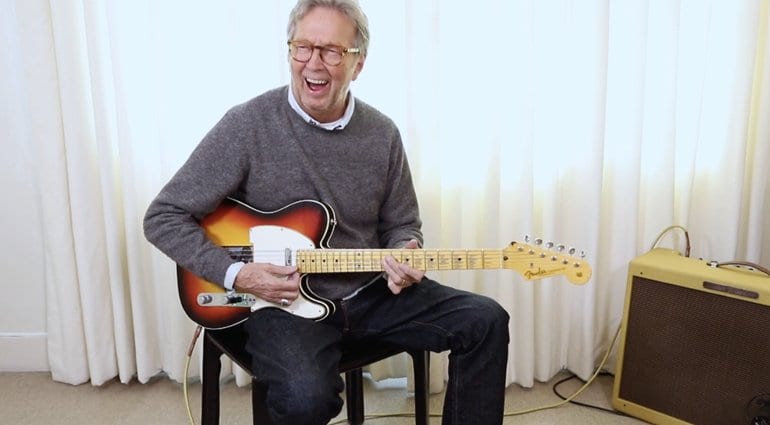 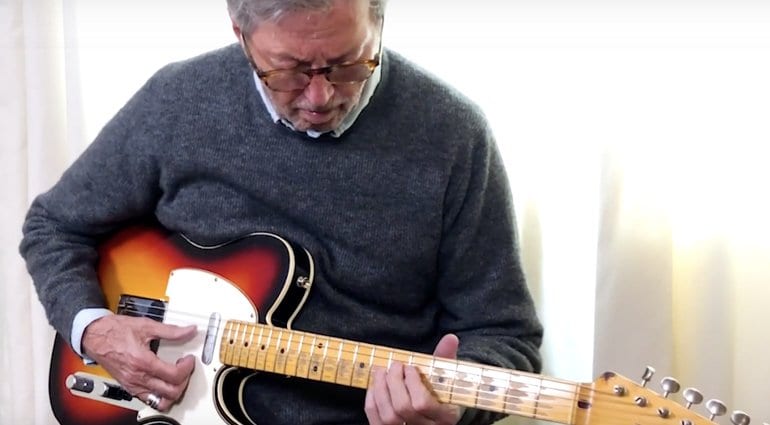 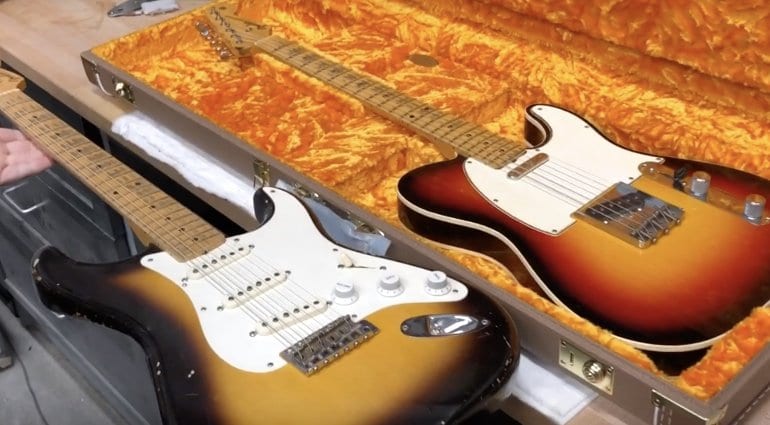 Fender has announced a new Telecaster model, the Eric Clapton Crossroads Blind Faith Telecaster. It’s a recreation of a special guitar played by Mr Clapton during his Blind Faith era in the late 60s. Accompanying the release is a video of ‘God’ himself playing this recreation of his famous instrument.

This limited-edition model recreates a Franken-Tele played by Eric Clapton when he was with Blind Faith, the supergroup he formed with Ginger Baker, Steve Winwood and Ric Grech. It has a Stratocaster neck grafted onto the body of a Telecaster Custom; this guitar proved an important ingredient in the Blind Faith recipe.

Guitar Center has published a new video that tells the story of how Eric came to playing this very unusual guitar, and how Fender’s Custom Shop Master Builder Todd Krause went about recreating it. Amongst the many tales he tells about the original guitar, Mr Krause mentions that the Strat neck came from a certain Stratocaster owned by Eric that he affectionately called Brownie.

This guitar is being sold by Guitar Center as part its efforts to help raise money for Mr Clapton’s Crossroads foundation. They aren’t cheap, but they are certainly unique! This model has a Journeyman Relic finish on a two-piece alder body, a 21-fret, V-profile, maple-on-maple Strat neck. It also has hand-wound Custom Shop ’63 Tele pickups and comes with a vintage-style 3-barrel Tele bridge and matching vintage-style tuners.

Each guitar comes in a deluxe hardshell case and a Certificate of Authenticity personally signed by Eric Clapton. They aren’t cheap, but if it’s for a good cause, it at least gives you an added reason for splashing all that cash…