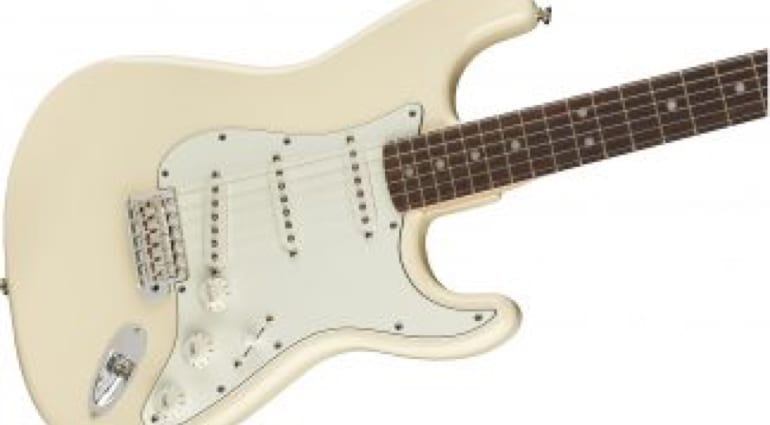 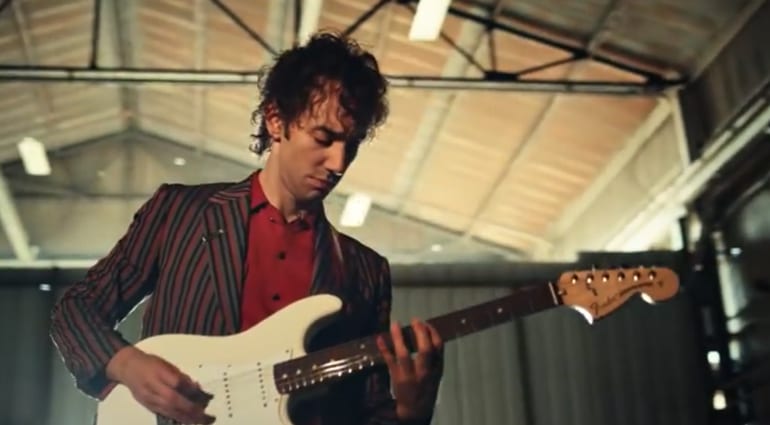 This new Fender signature model for Albert Hammond Jr is based on his beloved ’72 Stratocaster, which is actually a reissue built in 1985. It has a peculiar pickup switching layout: position one and three are reversed and position four activates both the neck and bridge single-coils. 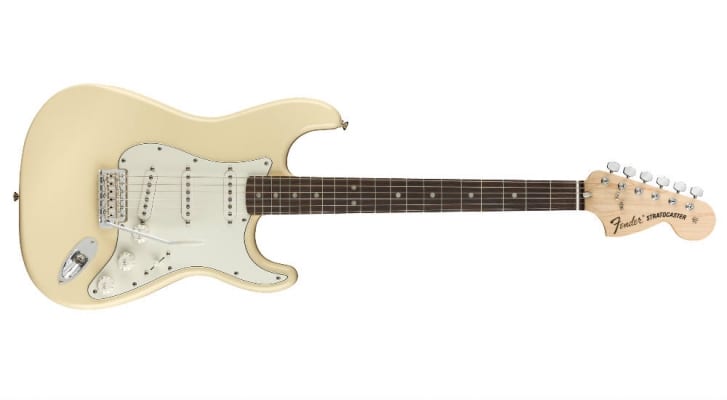 This guitar is all about the 1970s, with classic styling like a three-bolt neck with Micro-Tilt mechanism ‘F’ neck plate, bullet truss rod and that oh-so-funky large ’70s Fender headstock. It also has an alder body finished in polyester and a C profile maple neck with a rosewood fretboard. You also get a set of dual-wing string trees, a vintage-style tremolo arm, chrome hardware, a 3-ply Parchment pickguard and a synthetic bone nut. On the pick-up front, it uses (surprise!) a set of custom ceramic Fender single-coil Stratocaster pick-ups.

When I got my 1985 reissue ’72 Strat, it was like a blank slate to me, and I went on a journey with the guitar itself.

Obviously, touring the world and recording in studios gives a guitarist the opportunity to make a guitar his or her own. This new signature model is a guitar inspired by that ‘blank canvas’ approach and tweaked to make it a very personal instrument.

I’m a fan of this particular styling. For the price point, it looks a decent guitar on paper. If you are a fan of the band then you may also be tempted by this new release from Fender. Either way, it’s a good-looking Stratocaster.