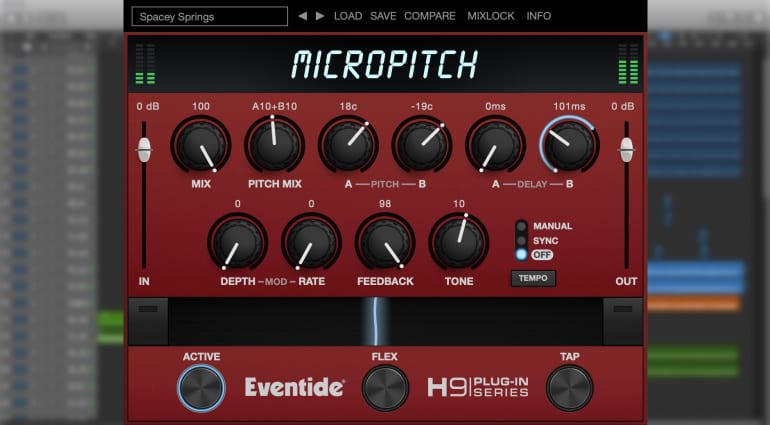 Eventide just released a brand new plug-in for its H9 series – MicroPitch. The effect is modelled after the company’s 70’s-era H910 harmonizer, which was one of the earliest digital-analog processors in the industry. And while it retains the spirit of the original, the new MicroPitch plug-in is a far more modern incarnation of its classic predecessor.

Eventide’s new MicroPitch plug-in is capable of mixing detuned and delayed versions of incoming signal, deep pitch dives, echoes, and chorus. As with all H9 effects, it has a “playable” ribbon control that lets users morph between different parameters. This can be assigned to various functions, for example, to achieve transitional effects. The ribbon can also be controlled via MIDI using the mod wheel of your controller.

The following controls are included in MicroPitch:

Currently, MicroPitch has a launch price of USD 39, considerably lower than the regular USD 99. The plug-in is available in VST, AAX, and AU formats for Windows and Mac computers. There’s also an iOS version that can work as a standalone app, AudioUnit v3 plug-in or Inter-App Audio effect.