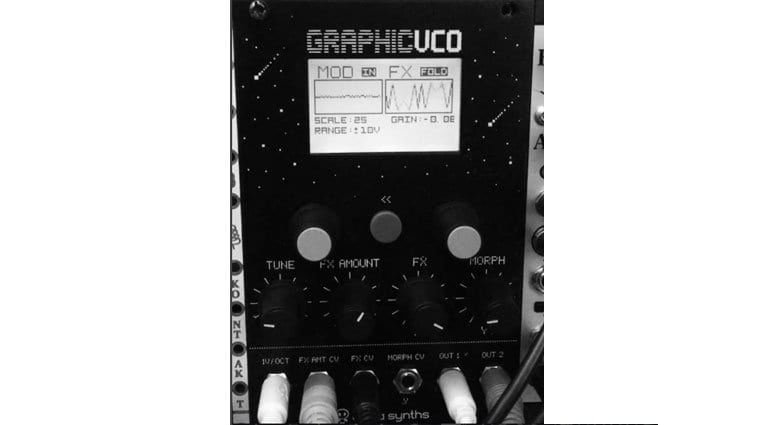 A video popped up on both Instagram and Facebook of a very different looking module from Erica Synths. It’s called the Graphic VCO and is distinctive because of the screen where the big black knobs normally go.

Update 31st December: A couple of new videos have surfaced on Facebook that you should definitely check out:

I like a good bit of visual feedback, it’s something I find enormously helpful when dealing with the sometimes chaotic nature of modular. The Graphic VCO seems to have that in spades. It appears to show the modulation waveforms coming in as well as resultant waveforms going out. Switching to a different mode we can see a nice pure sine wave morphing into something a lot more complex. This sounds pretty amazing.

There seem to be two knobs and a button that control the modes of display. Beneath those are 4 parameter knobs dealing with Tune, FX Amount, FX and Morph. Then at the bottom we have the patch inputs and outputs. Along with the 1V/Oct you have CV control over the FX Amount, FX and Morph. And then there are two outputs. Not sure if those are assignable, set to different things or could a stereo.

It’s unclear what “FX” might be contained in this module beyond wavefolding so there could be also sorts of things in here.

Currently no more information than what you see in the video. As of the end of 2017 they are saying “a couple of weeks” which gives us something to look forward to. 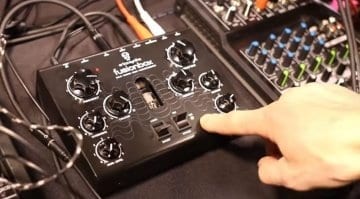