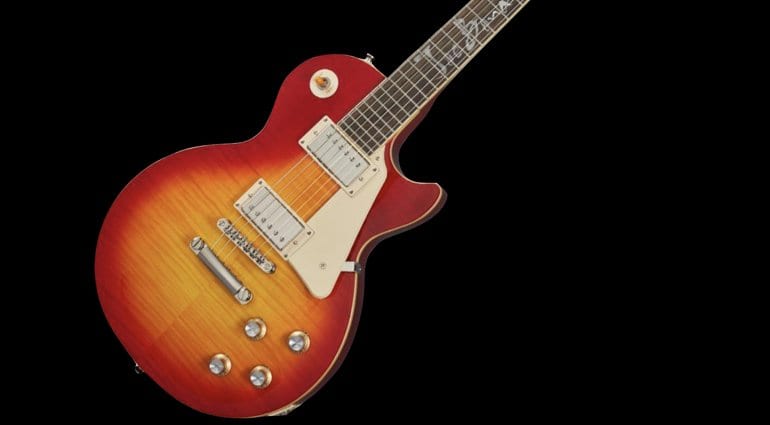 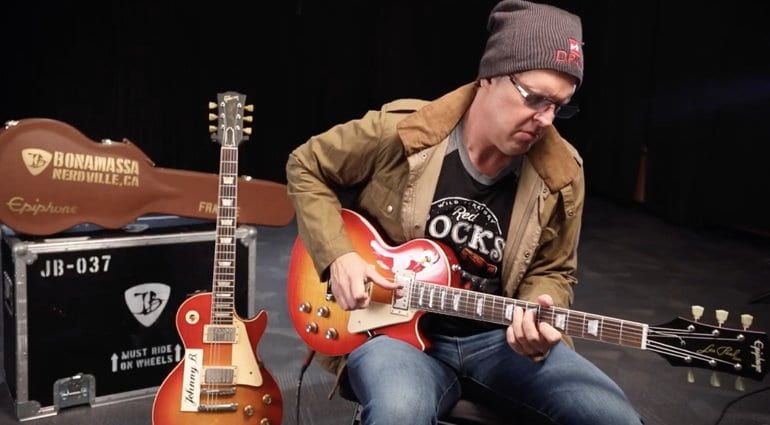 Joe Bonamassa is to feature on yet another new signature model guitar by Epiphone. This time it’s a Joe Bonamassa Les Paul model called the ‘Norm Burst’. It’s based on a 1960 Gibson from his vast, ever-expanding collection of electric guitars.

This Joe Bonamassa Les Paul is his seventh Epiphone signature model and it is based on what Joe has described as being “the cleanest vintage Les Paul Standard I’ve ever seen”. It is an instrument that Bonamassa acquired from Norm’s Rare Guitars in Tarzana, California. Norm and Joe go way back, so Mr Bonamassa has decided to put Norm’s name on this new signature model.

This guitar has a mahogany body with a Norm Burst finish over the AA maple cap which has a Flame Veneer. It comes loaded with a pair of Epiphone ProBucker pickups which use the same materials as Gibson BurstBuckers. The tone controls have Mallory tone capacitors and use ’50s-style wiring throughout.

You have to order the new Bonamassa Les Paul via Mr Bonamassa’s online store. It comes with a Lifton vintage-style hardshell case and a ‘Certificate Of Authenticity’ signed by Joe. 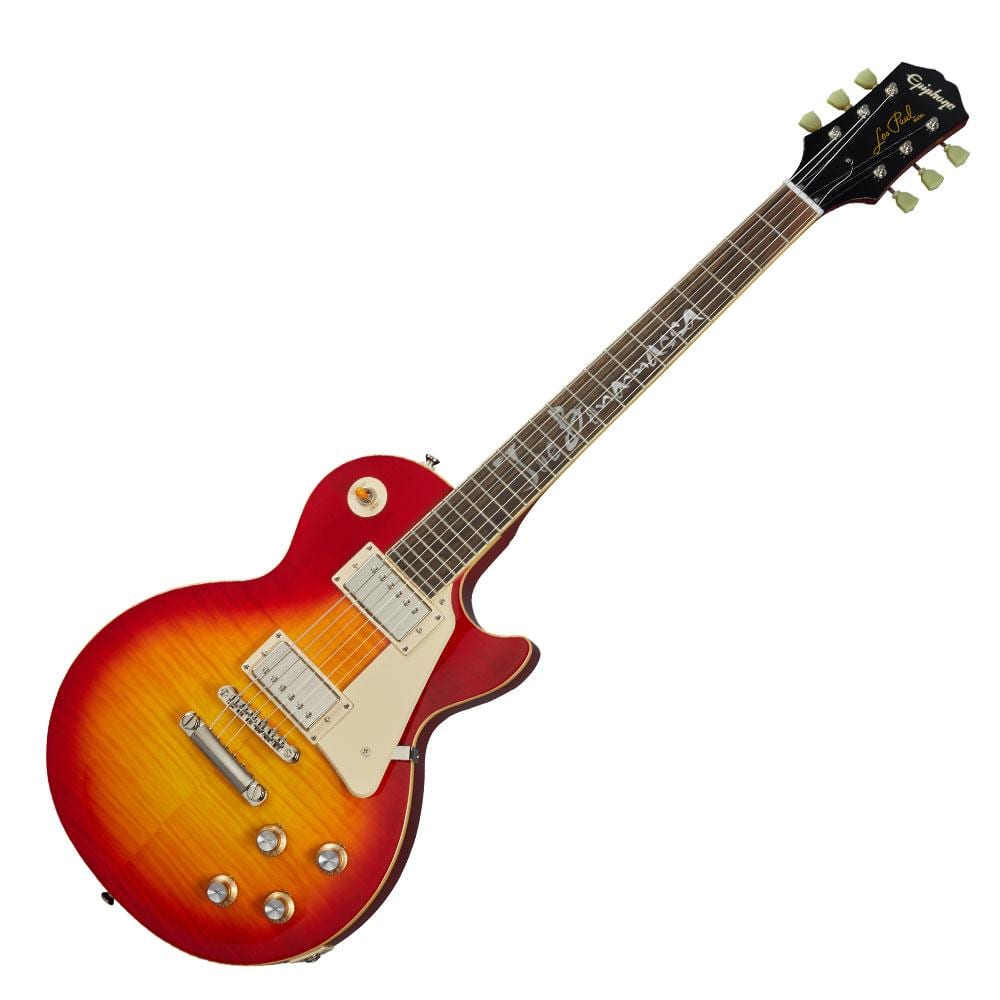 This model is being produced in two editions, the Standard version and a Custom edition. The latter comes with a custom inlay that starts around the 12th fret position, featuring Joe’s name emblazoned across the fretboard. I’m not sure I would want that personally, but if you’re a big fan of JB or play in tribute act it may well appeal to you.