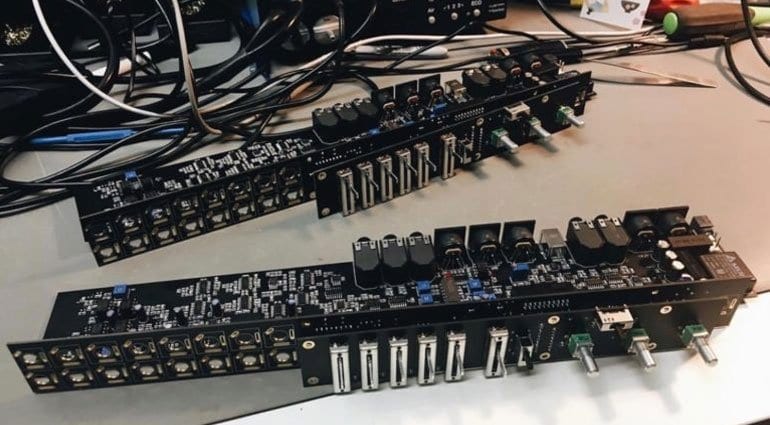 If you haven’t caught up yet the Deckard’s Dream is a wonderful polyphonic analogue synthesizer inspired by the Yamaha CS-80 and the Blade Runner soundtrack. It costs $3749 and units started shipping at the end of 2017. Part of the development promised many more features and control via a 1U Expander module. It’s this module that we are seeing for the first time.

The Expander has 16 assignable CV inputs, analogue ring-modulator, tremolo and chorus along with the missing Sustain I/II controls. It can also be used as a standalone effects box and a cv-2-midi converter.

There were a few reports from the Tokyo Festival of Modular, where a Deckard’s Dream was on demo, that it didn’t sound as awesome as people hoped. Some new sound demos have emerged from Pandomonium that, I believe, set the record straight on that. I mean, just check this out:

No news on the pricing of the Expander. I Imagine you can expect it to be a quality piece of premium gear. Key an eye on our NAMM 2018 coverage for more photos and information as we get it.