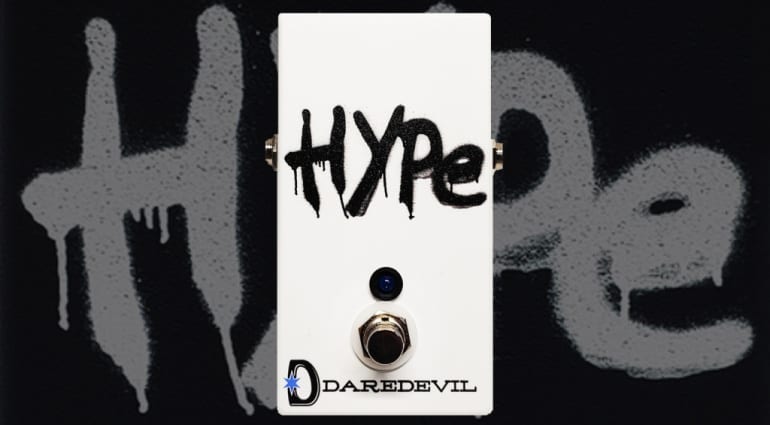 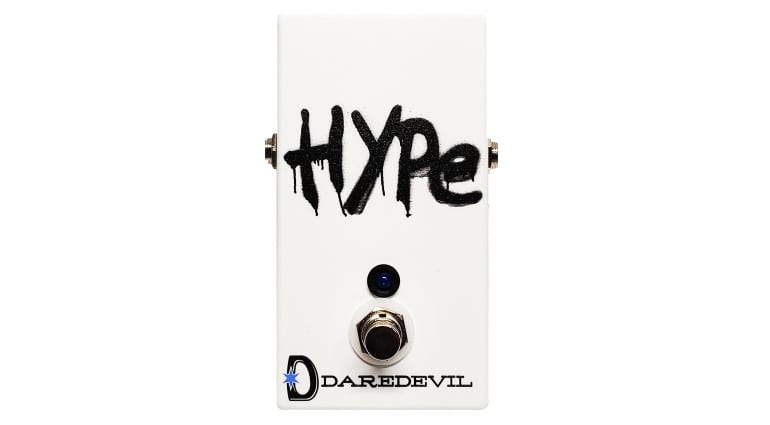 I have written about Daredevil Pedals in the past at Gearnews, most recently regarding its massive sale of 12 effect pedals. The company’s latest addition to its range is the HYPE, a new FET booster effect pedal. The highlight: it has no controls, just a footswitch!

The hype is real

Daredevil says it won’t use phrases like “clean transparent boost” and other “cork sniffing metaphors” to describe the HYPE. It’s just “big and nasty”. Ultimately, it’s a booster pedal. Without controls.

Development is said to have taken 7 years – that might be a lot for an FET booster. But the result is a boutique, hand-made pedal that’s also affordable. The philosophy here is: “Less Knobs = More Tone”.

The unit is supposed to deliver aggressive sounds and volumes. Without a controller though, it can be difficult to tweak that sound. So for those who aren’t happy with the setting the pedal came with, there is a small trim pot inside the pedal by which the output volume can be pre-set to your preference. 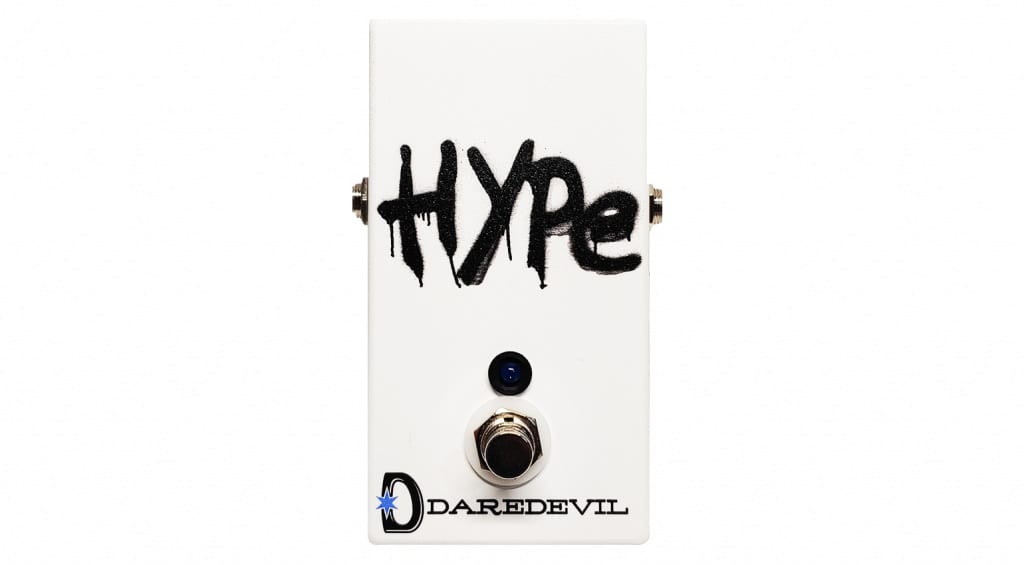 Check out the demo

Unfortunately, the official demo video linked below says very little about the sound. I really would have liked a bit more. It looks like an April 1st video, but was released a day earlier. So it can’t be a fake.

Despite being boutique and handmade in the US, the Daredevil HYPE Boost costs a very reasonable $89. According to the manufacturer, some Far East mass-produced goods cannot keep up with that pricing, and I would have to agree with that statement.

How do you feel about a boost pedal without controls? What did you think of the demo video? Let us know in the comments section below.