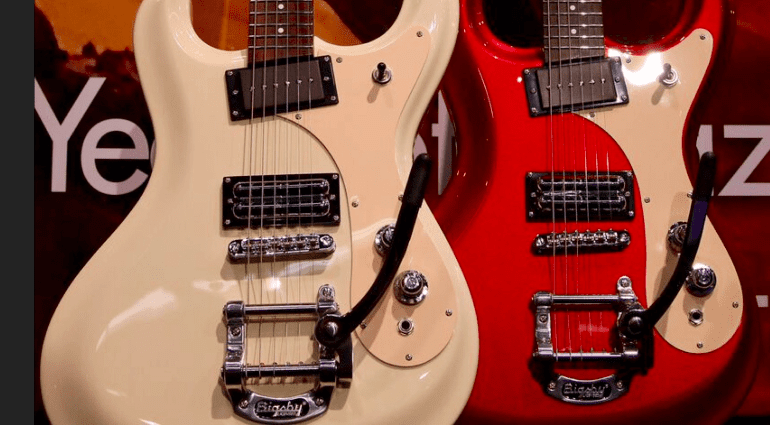 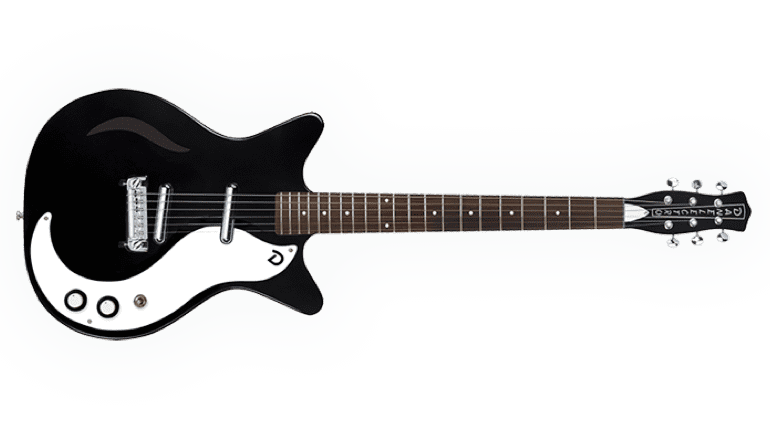 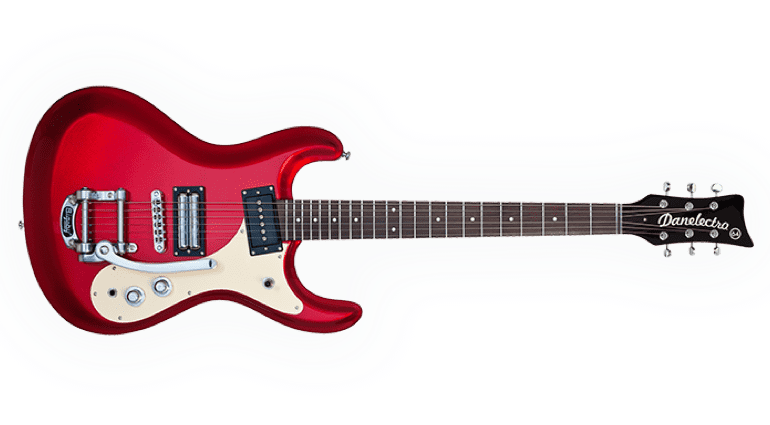 Danelectro launched a new set of vintage-inspired guitars and a bass at Winter NAMM show. The Californian guitar maker has now told us what they new instruments will cost and started shipping the range to its distributors and dealers.

2016 is the company’s 60th anniversary and these new models use features from some of the best models in the Danelectro back catalogue. And there’s even one that was never a guitar of their own. Back in 1956 their designs were quite futuristic and even now many players love the look of old Danos!

Not really a Danelectro inspired model, more a Mosrite style guitar and so a real departure from the rest of the releases. Although this looks really good to me, I was a bit put off when I saw the UK price at £999 – I think they have seriously overpriced this instrument.

I first spotted them at NAMM back at the beginning of the year and was quite excited by them. It’s a pity the pricing is way off the mark.

Available in Dark Aqua, Vintage White, Indigo, Metallic Orange, Candy Apple Red and Three-Tone Sunburst, the ’64 is an agathis-bodied guitar with a Bigsby trem system. The pickups are a twin lipstick coil Humbucker in the bridge, splittable using the tone control, as well as a vintage-inspired single coil in the neck position. It has a zero fret at the nut on that 24.5″ rosewood fingerboard and has 22 frets.

Looks great, but the price is ridiculous.

Yup, its a resonator and it has a piezo pickup at the bridge and a lipstick single coil in the neck position, so you can amplify it easily. You can blend between the two pickups. The gives you both electric and acoustic tones to blend between, so it could prove quite versatile.

The Resonator comes in either Black or Tobacco Burst. 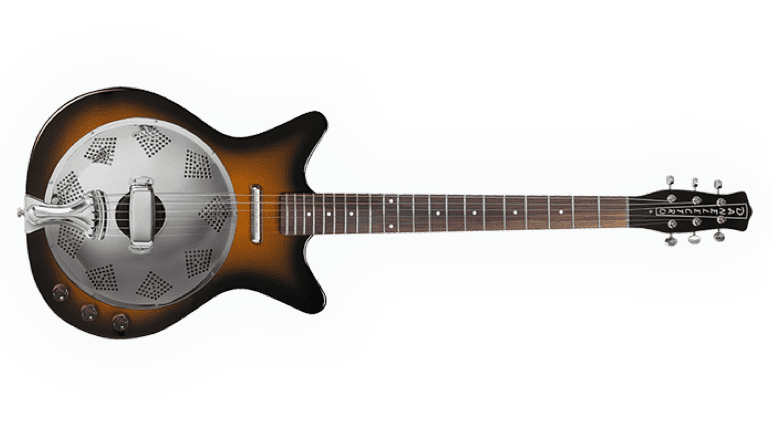 The ‘Jimmy Page’ guitar. He famously used the original model when he was in the studio with Led Zeppelin. A great-looking guitar, this, and has the classic lipstick pickups. But they seem to have put a decent bridge on this modern version, as the original ones weren’t all that great. Also, it now features a spruce soundboard which has a sound hole cutout on the top bout.

This model comes in either White Pearl with a choice of Blue, Red or Black ‘Seal’ scratchplates, or Black Pearl, Buttercup and Chianti.

A 34″ scale length double cutaway bass, this is a very classic-looking Dano design. It’s loaded with two high-output lipstick pickups. Not much more information on this available as yet, other than it’s available in either Black or Copper Burst.

Find out more at the official Danelectro site. 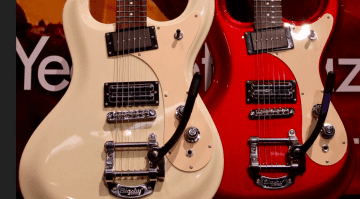 17 Sep · There was a Fender branded Katana back in the mid 80s:a guitar with set neck,two humbuckers and a Fender/Schaller system 1 trem.