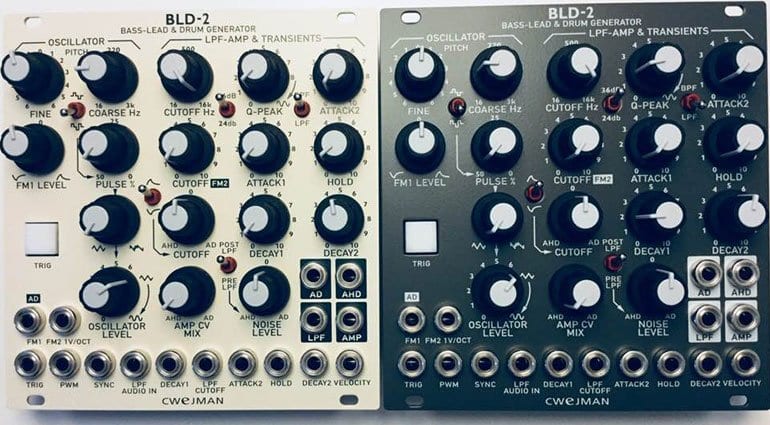 Cwejman is a bit of an exclusive synthesizer and modular brand. Only ever built in small numbers and usually snapped up by the synthesizer elite before anyone else gets much of a look in. But by all accounts the Cwejman modules are superb and we can all enjoy watching artists like Richard Devine using them. They are close to releasing the BLD-2, the successor to their BLD module that emerged in 2012.

It’s a module capable of produce bass, lead and drum sounds. It’s made up of an oscillator, a noise generator and then a low pass filter, amplifier and a pair of transient generators. The new version isn’t a radical redesign, in fact, it looks very much the same as the original. They added some waveforms to the oscillator. There’s now 2 symmetrical pulses and a pulse modulated sawtooth. The filter has been expanded with a 6-pole mode 36dB low pass and band pass. There’s now an external audio input and a CV control for the filter cutoff. The noise generator can now be routed pre or post filter and the level control for the noise can be controlled by an AD or AHD envelope generator.

It’s mostly exciting simply because it means there will be more BLD modules in the world and this version 2 looks like it has some decent enhancements.

The price according to Modular Grid is $680 and if you want one you need to get in touch directly with Cwejman because I don’t imagine there will be any free stock turning up anywhere. And if you don’t know how best to get in touch then you probably don’t deserve one. But who knows, maybe this time you’ll be able to join the awesome Cwejman owners club. 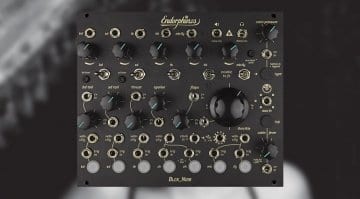 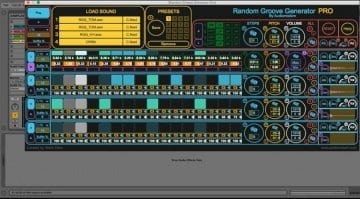 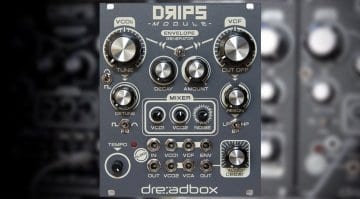