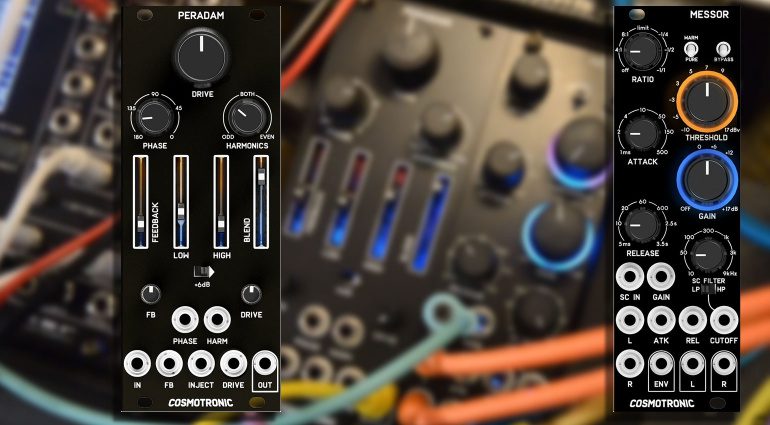 Explode your Eurorack with this audio squashing combo of the Messor Stereo Compressor and Peradam Side-Chained Distortion – things are going to get huge!

While these are completely independent modules you do get the feeling that they were made for each other.

Messor is an analogue stereo compressor with lots of capabilities in a compact and visually interesting module. It’s VCA based with a feed-forward compressor and low noise signal path. It has all the usual compression controls like Attack, Release, Threshold and Gain. It can push the ratio past limiting and into over-compression with the effect of reshaping transients. It also has a Warm mode for additional saturation with a bit of analogue tube simulation.

I just need to stop and point out that there’s a bypass switch. You never get bypass switches in Eurorack. It’s like module designers assume you’re happy to pull out and repatch cables or use some other routing module if you don’t want to use a processor all the time. So, thanks Cosmotronic, I applaud the bypass switch.

What’s most interesting about the Messor is the side-chaining. First, there’s the internal sidechain that shapes the gain reduction envelope starting with a low/high filter and then going through an envelope follower. You can take that envelope out to control other modules. Or you can trigger the gain reduction via a side-chain input for some classic kick drum or pulsing action.

You’ve also got to love the glowing halos around the Threshold and Gain knobs giving you a very helpful indication of Gain Reduction and Level respectively.

Peradam is an analogue distortion module that, like the Messor, benefits from an internal side-chain. Any input signal is split between the main VCA and side-chain. The side-chained signal is phase modulated and the ring-modulated to create a monster that’s twice the frequency of the original. This then aggressively modulates the amplitude of the VCA to create complex distortions. But we’re not done yet. It then plummets through a dual-band drive circuit and a soft clipper on the output stage. Nice!

Feedback is a real and ever-present possibility and you can push it into self-oscillation while enjoying a good range of modulation. It’s got three knobs and four sliders that are going to make it easy to reach all kinds of destruction.

Neither module has appeared on the website at the time of writing but full details are available on ModularGrid and in the description of the YouTube demo videos. Preorders should open at any time and they estimate shipping for January 2022. The Peradam is €270 and the Messor is €230. 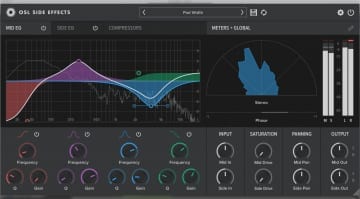 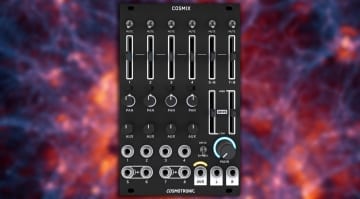 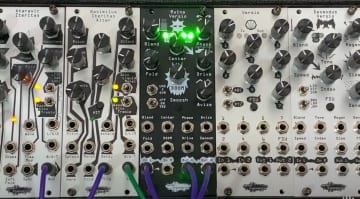