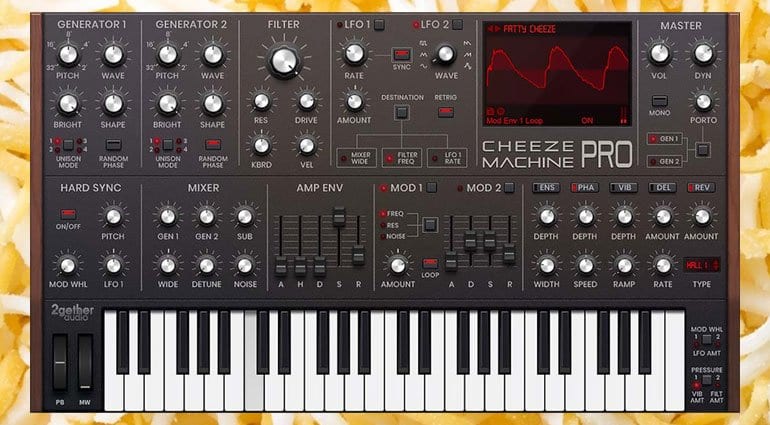 It really is a completely different animal to the original Cheeze Machine. It still has all the great synth string sounds but this Pro version has revealed all the parameters and evolved into a proper virtual analogue synthesizer.

The sound comes from two Tarabbia oscillators with control over waveshape, brightness, phase and 4 unison modes. There’s also a dedicated Hard Sync control. These are then mixed in with a sub-oscillator and noise while being widened and detuned for some super fatness. The filter features drive and resonance and can have either of the two ADSR envelopes routed to it which can also be looped. Two LFOs provide modulation. At the end of the chain are 5 effects including Ensemble (for those strings) phasing, vibrato, delay and reverb. On the master output there’s also some dynamics control and portamento.

All in all a solid and clearly laid out virtual analogue synthesizer with an emphasis on fatness. The screen is also nicely helpful with both waveform and spectrum displays.

Cheeze Machine Pro moves adeptly beyond the strings and into all sorts of analogue, warm and fat situations making it a great go-to synth for bringing those analogue bass, lead and pad sounds. Makes you wonder why they didn’t just make it a whole new product – maybe the Cheeze is too irresistible? It also has a “Set your own price” policy where 10% goes to a choice of charities. There is a minimum of $10 which is super cheap but they suggest that $69 is a bit more appropriate. 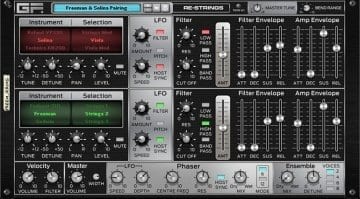 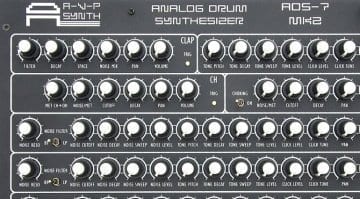