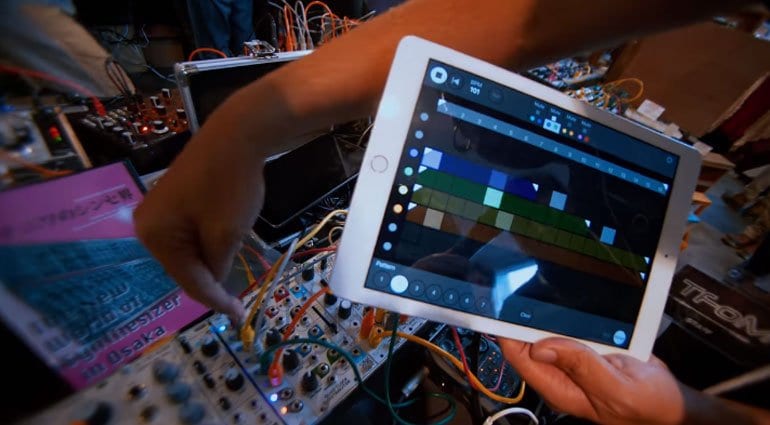 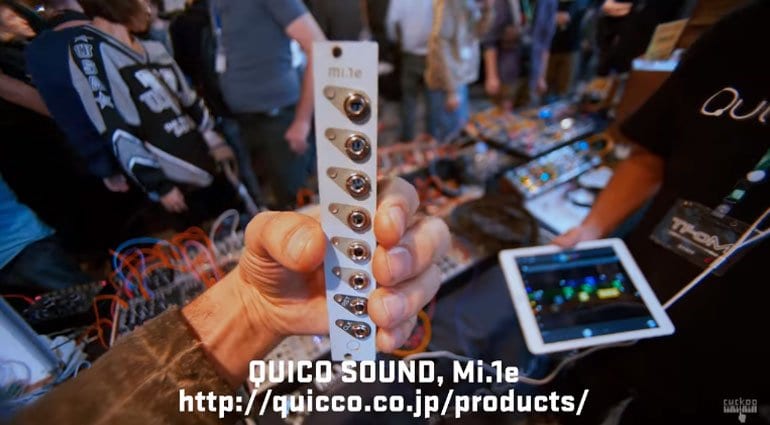 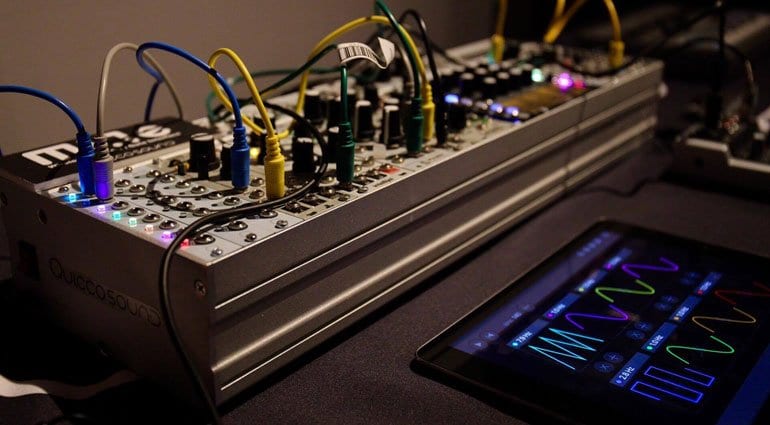 Quicco Sound launched a Bluetooth MIDI adapter, the Mi.1,  a couple of years ago. It plugged into your MIDI sockets and gave you wireless access over Bluetooth. A very neat idea. Now they’ve brought their mastery of music-control-over-Bluetooth to Eurorack with the annoyingly named Mi.1e. With 8 channels of control and an accompanying iPad app, this could get very interesting indeed.

There’s nothing on their website as yet and so the only detail we have is from the video by Cuckoomusic below, taken at the Tokyo Festival of Modular. Although doing a bit of research I have seen some images and a Facebook video from last years show. So perhaps the development has been slow so far.

Anyway, what we have here is a Bluetooth MIDI-to-CV Eurorack module with 8 CV outputs. The outputs are assignable via the accompanying iPad app. You can set up 4 sequencers using pairs of CV/Gate, or you could create an 8 channel gate sequencer, or you can use it for modulation by setting up LFO channels. You can use any combination of these functions to craft an iPad based control centre for your modular. Is that something people want? Quite possibly yes.

The iPad app had a simple sequencer mode, pattern mode for gate sequencing and an LFO mode. With the LFO’s you could swap in all sorts of waveforms and even draw your own if you wished. 8 patterns and sequences can be saved and recalled. All of this happens without wires, which is awesome while somehow being the antithesis of modular workflow.

Then a focus on the 8 channel gate sequencer:

And then a bit more of everything:

It appears to be a neat way of getting some iPad control over your Eurorack. I wonder whether it has to be run with their app and maybe it could be opened up to other modular style software such as Bitwig, Reaktor, Audulous etc. It’s labelled as being a “Wireless MIDI-to-CV adapter” so that would seem possible. Maybe they should do a module connector for Softube Modular. I also wonder if you can stack them up? Is this better or simpler than the Expert Sleepers ES-8 USB audio interface for Eurorack?

I saw something similar at the Modular Meet in Leeds in the summer by Instruó. It combined a module called Aither with an iPad controller app called Parat+. It was complex and creative utilizing OSC for the control data and had a two-way thing going on where you could modulate the controls in the app from the modular as well as controlling the modular from the app. There’s been no more information about it since but you can check out the DivKid video of it here.

Availability on the much simpler but probably more accessible Mi.1e looks to be February next year. Could be a very useful little module.