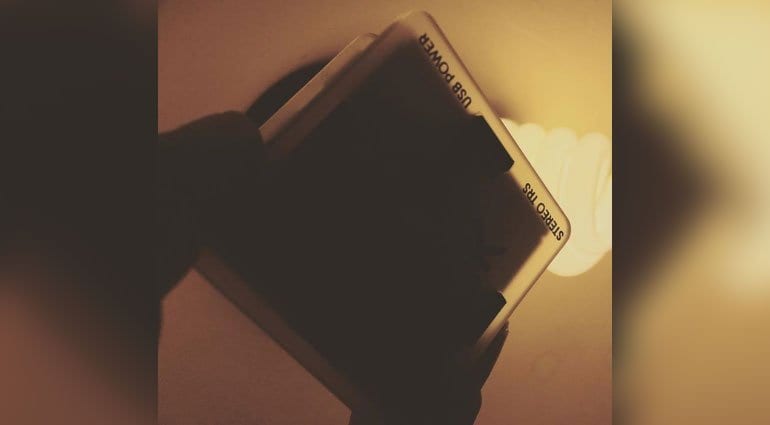 A recent Instagram post by Bastl has got me all a flutter. Could this image be a long sought-after control voltage connection between computer and modular synthesis?

A couple of weeks ago an announcement was made that DAW makers Bitwig, electronic instrument makers Bastl Instruments and sample library producers Irrupt Audio were collaborating on something for NAMM. I kind of assumed at the time that it was just a bit of booth sharing. Irrupt Audio creating content for Bitwig Studio made sense. Bitwig and Bastl had got together in June with a promotion that gave you a Bastl Trinity module for free if you purchased Bitwig. A slightly weird combination as the Trinity boxes don’t have MIDI for Bitwig control, but fun nonetheless.

Then came the Bitwig Studio 2 announcement. The key feature in Bitwig 2 is the control voltage devices. They appear to let you route CV information out of Bitwig to control external modular gear. That’s all cool and groovy except there’s a massive problem with doing that. CV signals are DC. They need to be able to send out fixed values rather than the constantly moving AC signals of regular audio. To send a CV signal out of the computer you need an audio interface that can cope with DC signals. In order to do this your audio interfaces outputs must be “DC-Coupled”. This enables them to deal with the extreme low frequencies involved in CV signals. Most audio interfaces are not DC Coupled. Notable exceptions are RME and MOTU interfaces, but you need to check with the manufacturer to be sure.

So, in order for Bitwig to successfully push computer and modular integration they must have found a solution to the DC Coupling issue. Currently, Expert Sleepers are the only people with a simple solution. They have their ES-8 Audio/CV interface which provides a USB audio interface with CV outputs in a Eurorack module. They also have a plug-in called Silent Way AC Encoder which enables any audio interface to output CV. However, this requires some form of rectification in your cabling, to smooth out the signal. They provide some circuit diagrams of how this might be achieved but it all requires a lot of messing about with soldering irons. All of that is great – but it’s not very simple or tidy.

My belief is that Bastl and Bitwig have come up with a simple, fully built, plug ‘n’ play solution. Run the device in Bitwig, plug in the little Bastl module and you can route CV out of your computer and directly into your modular gear. That would be flippin’ awesome! Hopefully this little module drops between your audio interface and modular gear. If the module has to become the audio interface itself then that would be a shame. On Macs it’s an easy thing to run two audio interfaces with one piece of software. On Windows it would require using ASIO4ALL which can work well, but may impact on the performance and latency of your system. We shall see.

So, that’s all very exciting assuming of course that I am right about anything at all! A press release from Bitwig about the NAMM collaboration gives the biggest clues:

The setup will feature sounds and MIDI files from Irrupt Audio, the new CV devices from Bitwig Studio, a brand new device from Bastl and a custom built Bastl Eurorack.

This is going to be awesome. More news when I have it. 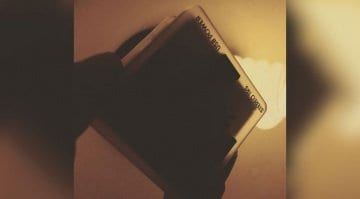 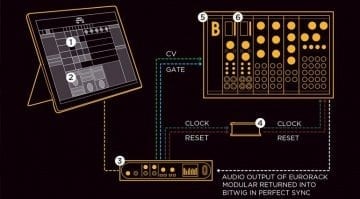 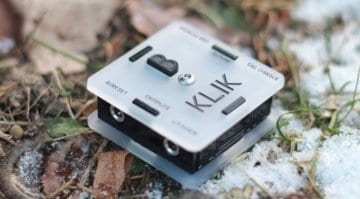 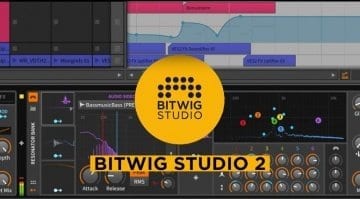 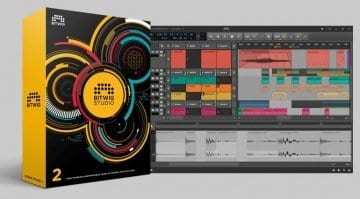