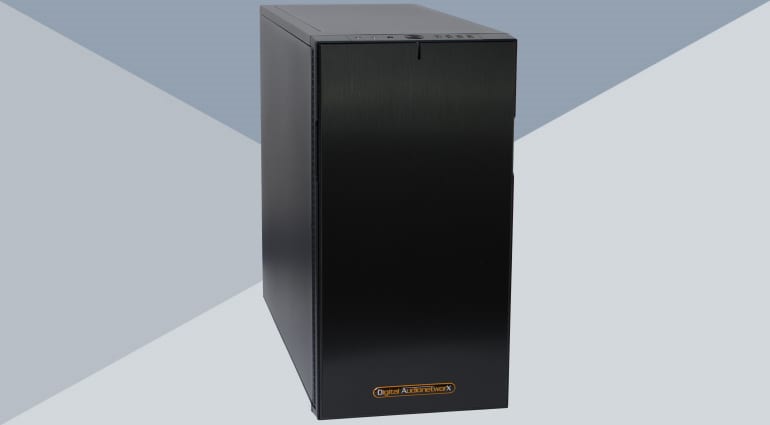 Digital AudionetworX is one of Germany’s leading manufacturers of audio workstations – that is, computer rigs specifically configured for professional audio use. That’s alongside outboard gear and utilities such as audio-interfaces, microphones, and high-end converters.

The manufacturer’s latest proposition is a refreshed flagship workstation, the Audio Workstation Pro. As of now, the rig can be configured with a 10-core Intel i9-10900K processor, up to 128GB of RAM memory, four SSD drives of various sizes, and Thunderbolt 3 ports – pretty much all you need to rival the uber-expensive Mac Pro when it comes to audio production mojo, but at significant savings. And sans macOS, obviously, although Hackintosh is still a thing as far as I know…

As of now, the new Audio Workstation Pro by DA-X is available using the 10th generation of Intel Core processors. The top model i9-10900K CPU offers ten CPU-cores with a base frequency of 3.7 GHz and a TurboBoost of 5.3 GHz. The clock rate is significantly higher than in previous CPU-generations, and also exceeds current AMD-processors – highly important for CPU-intense plug-ins and virtual instruments, which benefit from high CPU clocks.

Raw computing power aside, the workstation offers different USB-ports, as well as Ethernet and HDMI. It can be equipped with Thunderbolt 3 as well, for connecting to a plethora of high-performance audio-interfaces by manufacturers like UAD, Antelope Audio, and so on. In case you need some graphics muscle, maybe to play the occasional game between production breaks, a choice of Nvidia cards is provided too.

The Audio Workstation Pro can be equipped with up to 128 GB RAM and as many as four SSD drives. A bespoke cooling system keeps the internals safely within the recommended temperature range. Meanwhile, the workstation is said to work reasonably quiet – important when tracking instruments and vocals in the same room.

The price for the Audio Workstation Pro in a 19-inch rackable housing starts at EUR 1489 (incl. German VAT). However, that’s just the base model with a Core i5-10600K CPU, 8 GB RAM, and a 250 GB SDD. Still a potent assembly for your money, I reckon! Individual configurations with different housings and variable options for RAM, storage and graphics are available from Digital AudionetworX’s website. The provided configurator is very convenient and immediately calculates the final price as you choose components. For example, upgrading the base model to the new 10-core Intel CPU adds EUR 360 on top. An additional 8GB RAM is EUR 30 on top, and so on. So it really is up to your needs and budget to assemble the kind of PC you need for your audio/visual projects.