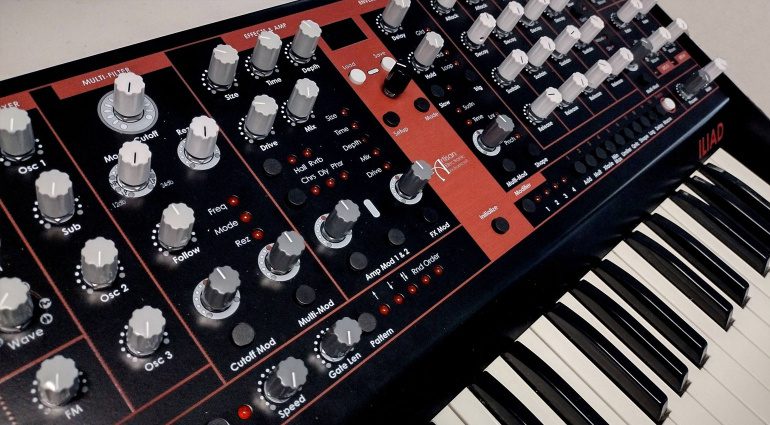 Based on Artisan Electronic’s Nucleus voice card, the Iliad is a custom-built synthesizer offering from four to sixteen voices of hybrid analog and digital oscillations.

Like the epic story of Troy, the Iliad synthesizer hides voice cards inside its solid exterior that will burst forth and slaughter you once you’ve brought it into the safety of your studio. Or so the legend goes. But there’s no doubting Artisan Electronic’s deep love of building synthesizers. Undeterred by last year’s failed Kickstarter campaign to get the Nucleus monosynth into wider production, we now have a first look at a polyphonic version on display at Knobcon via a video from SonicState (below).

Each voice also has an 8-pole multimode filter, 4 LFOs and 4 Envelopes. The idea is that Artisan can stack up to 16 of these cards in a keyboard synthesizer which it will build to order. The basic Iliad poly that was on demo has 4 voices and is housed in a 49-key chassis.  The controls have been expanded from the original Nucleus to offer something approaching one knob per function. There are also macro knobs and performance features. Each voice will be addressable separately with multi-timbral operation and individual outputs.

There’s a 24-bit DSP digital effects section with reverb, chorus, delay and phaser. We can also see a Drive knob in there and FX modulation.

Artisan Electronic Instruments are all about the modulation and packing in as much functionality as possible. There are 68 sources and 45 destinations of modulatable marvellousness. There’s a whole maths and logic section built in to enhance the modulation possibilities further. But if you can find a parameter, then you can modulate it.

The Iliad will be built to order, and Artisan says they estimate being able to produce 20 a year. The basic 4-voice Iliad will cost around £3,400, with extra voices at $400 a voice. At the moment, there are no demo videos around, and it’s still very much in development. The project seems very ambitious to me, especially considering what happened with the Nucleus. Although you can’t doubt Artisan’s Michael Bachman’s enthusiasm. All it needs is a handful of impressive-sounding videos and anything could happen.

The concept of Iliad is great; it does have an army of stuff inside waiting to burst out, and it has the potential to be a very interesting synth. 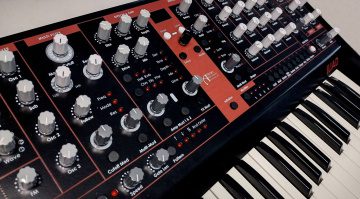 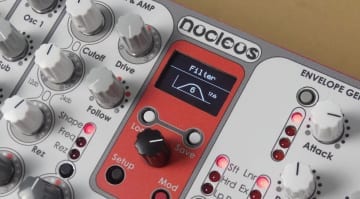 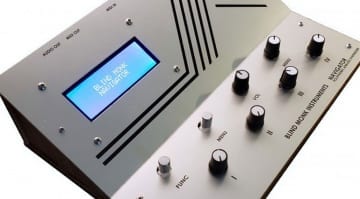 Good morning, today is September 20, 2022, and my name is Mr.Donovan Colin Castell. I enjoyed reading about today’s story.

Good evening, today is September 20, 2022, and my name is Mr. Jim Henders. I enjoyed reading about today’s news.

This is how all comments should be 😀