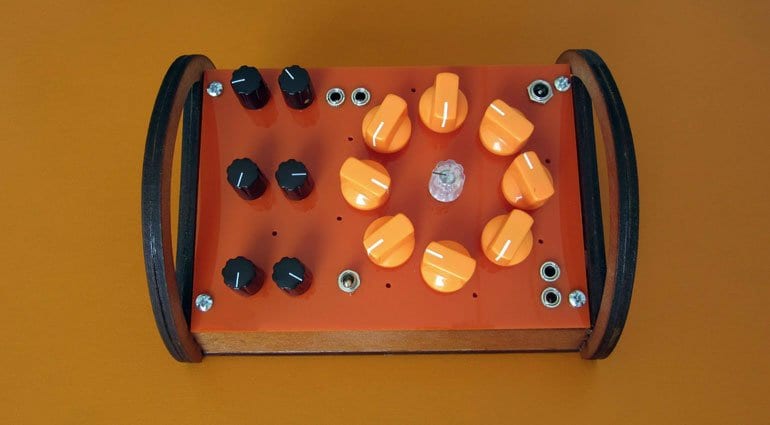 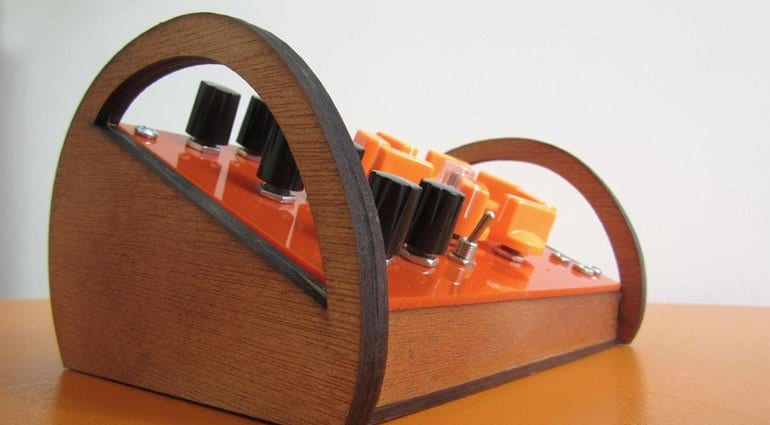 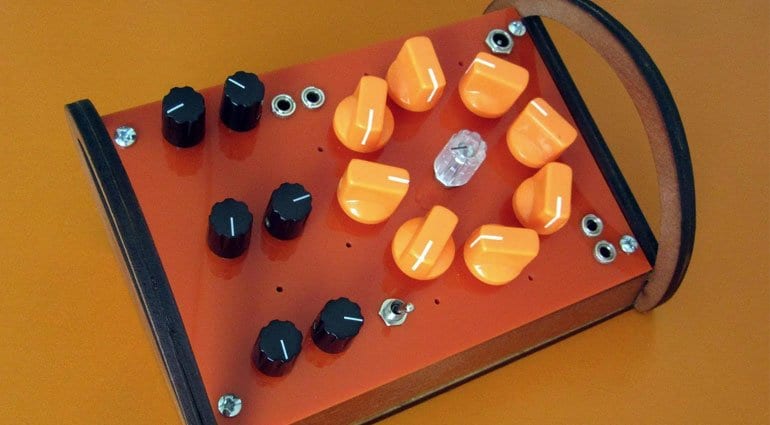 There’s not a whole lot of information available on this box. Nothing on the front panel and barely any text on the website. They say it’s “geometric in arquitecture [sic], maths circumferences and sound effects”. We know that it has an 8-step sequencer and the lively circle of orange knobs appears to manage the pitch of each step. They say it can generate two sounds, sawtooth and squarewave and that it has an envelope, LFO and echo. Presumably, the black knobs give you some control over those aspects.

The patch sockets at the top seem to be outputs, not so sure about the two at the bottom. It looks like a riot though, and those handles are completely fabulous assuming they don’t get in the way.

Sismo have been making weird, cool and quirky boxes for some time and they all have a certain irresistible hand-made charm. They exist as a Colombian/Brazillian art project, also known as Sistema Modular. They say these are analog tools for live performance, audiovisual installations and education. If this is the first of a range then I’m excited to see what’s coming and how they may interact with each other.

The Sismo ARO is available now for $132 direct from their website. 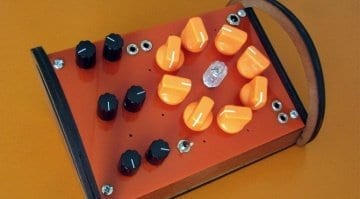 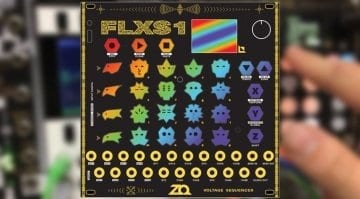