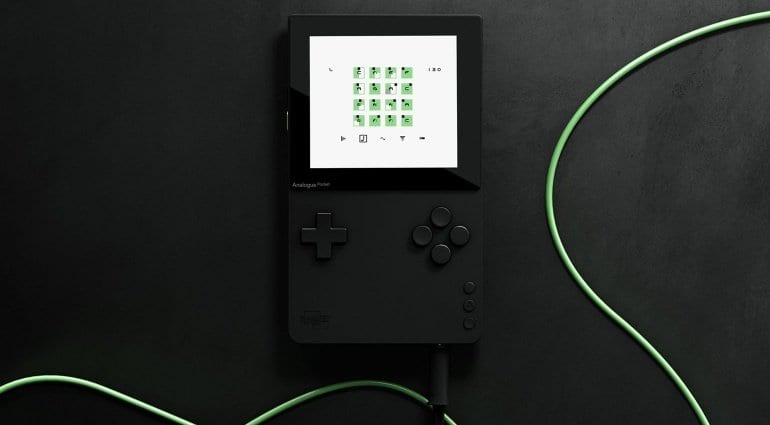 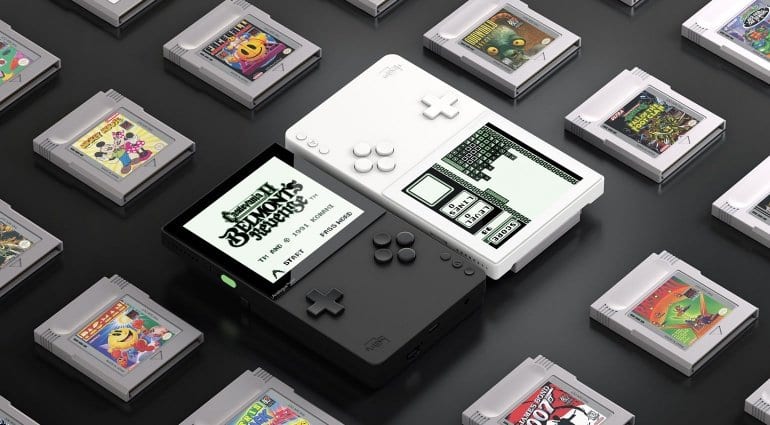 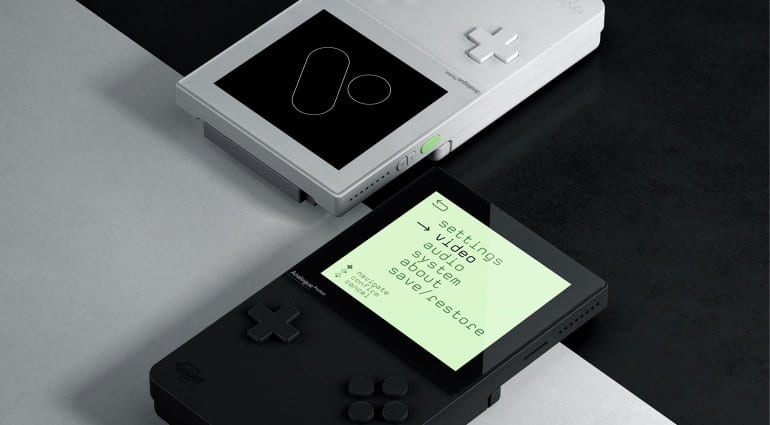 It looks like a futuristic Game Boy and that’s not too far off. The Analogue Pocket is a little powerhouse of a portable, handheld games machine but it also has Nanoloop which they say is a digital audio workstation, synthesizer and sequencer. Sounds like fun!

Shouldn’t be confused with those Pocket Operators from that other company or their “Playdate” handheld games console, no no, this is something different. Analogue already make homages to vintage gaming consoles in futuristic boxes and Pocket is just the latest. Out of the box, Pocket is compatible with the 2,780+ Game Boy, Game Boy Color and Game Boy Advance game cartridge library. Pocket works with cartridge adapters for other handheld systems like Game Gear, Neo Geo Pocket Color, Atari Lynx and more. The system is engineered within two FPGAs and is open to development. The screen is a gorgeous 3.5″ 615 ppi LCD with 1600×1440 around 10 times the resolution of the original Game Boy.

This is all very nice but what’s it got to do with music-making? Well, Analogue is making a feature of the included Nanoloop app which is designed for music creation and live performance. They say you can shape, stretch and morph sounds, capture music and play live. There’s then a little video of some kind of software running 16 blocks of something with little animations and stuff. No clue what it’s actually doing or whether the music has anything to do with what’s on-screen. Details are annoyingly scarce. If it’s a “DAW” then I’m expecting to be able to record tracks of audio and mix them together – that doesn’t seem to be very evident at the moment. The specs don’t list any kind of audio input or microphone although there are USB ports on the optional Analogue Dock. Or perhaps they mean it’s a sequencer with a built-in synth and added the “digital audio workstation” bit because the sound it makes is technically digital audio and they’re unaware of what is implied when you use the term.

However, I’m sure I’ve come across this before. Of course! It’s Nanoloop by Oliver Wittchow, that sequencer/synthesizer built as a cartridge for the Game Boy that also turned up in iOS and then recently they Kickstarted a little dedicated device – called Nanoloop – that got successfully funded in March. And so if Pocket is running the current version of Nanoloop then it is not a digital audio workstation, it’s a cool little sequencer with a fabulous little synthesizer inside. Analogue, I think you need to re-think the wording in your marketing.

So, if you’re looking for a handheld music device then you should probably check out the Kickstarted Nanoloop because that does look like a load of fun for half the price of the Pocket. But if you do have a box of Game Boy cartridges knocking around and wanted something to run those and make a bit of music on the side then maybe the Pocket is for you.

Pocket is shipping in 2020 for a price of $199. Looking forward to hearing more about it. 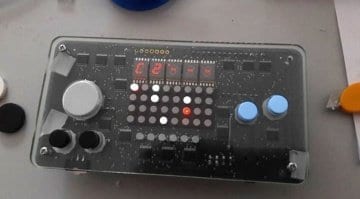 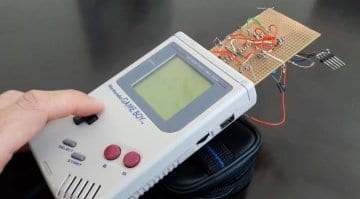