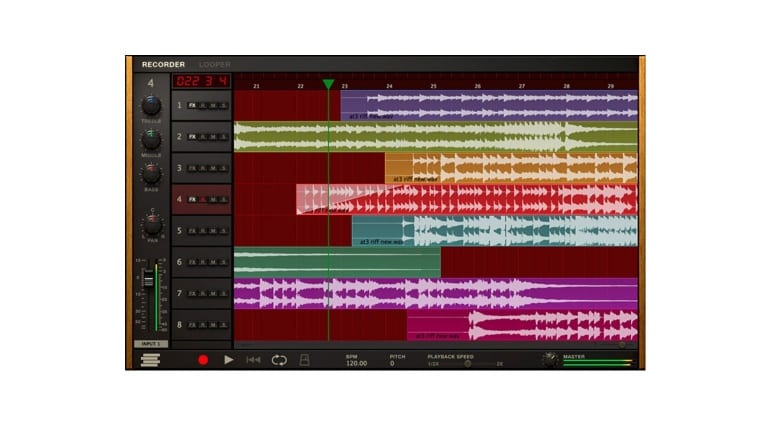 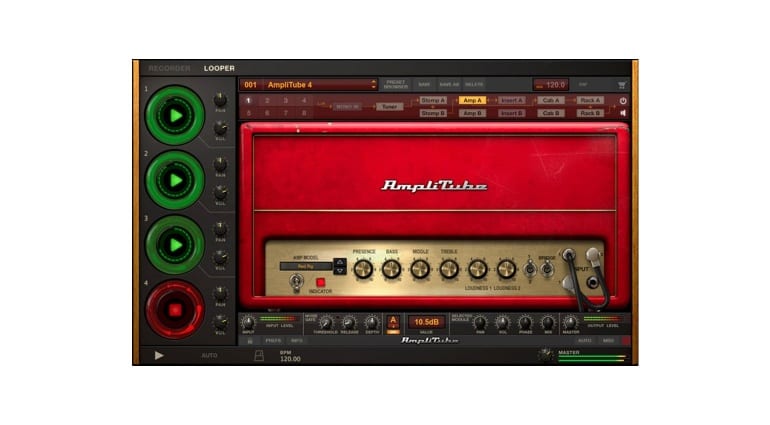 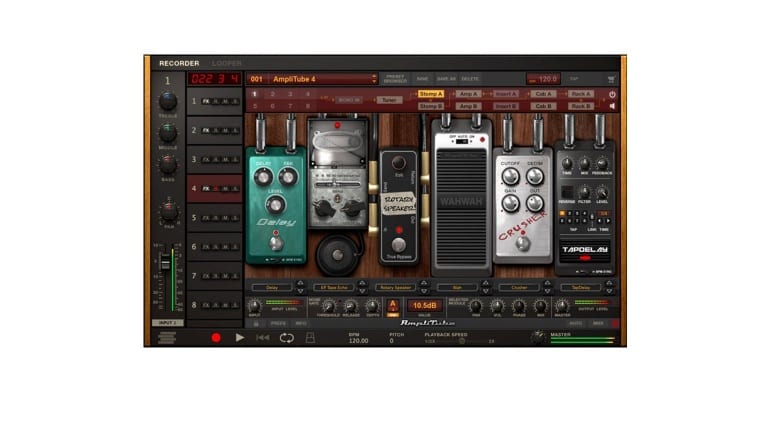 IK Multimedia (when are they going to shorten it to IKM?) has its foot on the gas even more than usual at the moment, with a slew of new software and hardware products appearing recently. The latest announcement is Amplitube 4, the new version of its guitar effects suite for Mac and PC. As you would expect it has a stack of guitar amps, cabs and pedals as well as cool stuff like remote control via an optional Bluetooth pedal so you can use it live without having to keep reaching for the mouse.

Of greater note is the fact that it will include a more comprehensive recording section than ever before. You’ll get an 8-track recorder and basic DAW built-in so that you don’t have to open Logic, Cubase or whatever else you use just to lay down some guitar tracks. The thinking is that as you’re jamming away and you’re struck by inspiration, stopping to load up another bit of software, creating an audio track and checking all your inputs can kill that sense of spontaneity. I’ve certainly found this to be true, so they’re not just making this stuff up. Obviously this really applies more to using Amplitube in standalone mode rather than as a plug-in, although a lot of people do while they’re jamming.

It’s an evolution of Amplitube 3’s capability to load an audio file and loop, and time stretching it for you to play along to. Only here things are a bit more advanced. As well as recording directly in and using insert effects, you can also split, copy and paste audio and import your own files; typically this might be a beat or backing track to play over. You can now pitch shift audio without changing the tempo as well. It’s probably not going to replace Pro Tools any time soon but it looks like it should be great for getting ideas down quickly.

Amplitube 4 is expected to be released at the end of October and will retail for EUR 149.99

Check it out here. 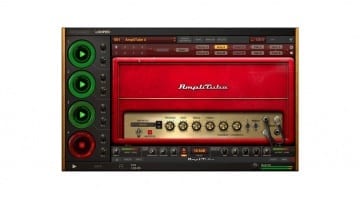 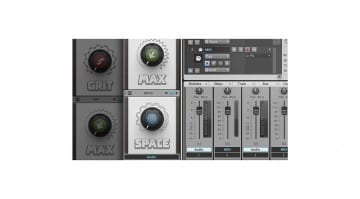 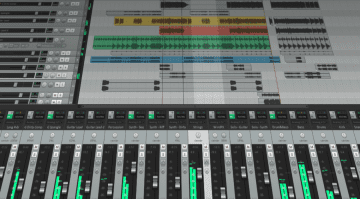 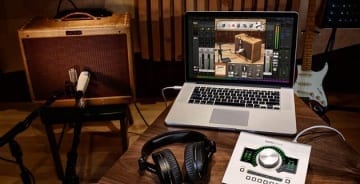