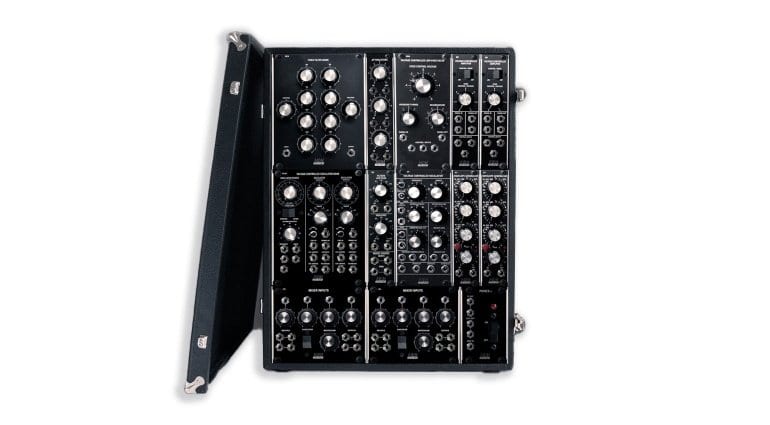 Club Of The Knobs has been making their homage to the Moog Model 15 modular synthesizer since 2011. Comes in the same size case with all those lovely Moog Unit sized modules. AION is a Eurorack brand within the Club Of The Knobs (COTK) and has taken a range of the modules from the Model 15 and scaled them down to Eurorack format.

The original Moog Model 15 and the COTK version are meaty machines. Weighing in at around 50lbs and 25″ tall and 18″ wide. This Eurorack version packs the same modules and synthesizing features down into 16″ tall and under 7lbs. But it looks pretty identical – it’s just smaller. 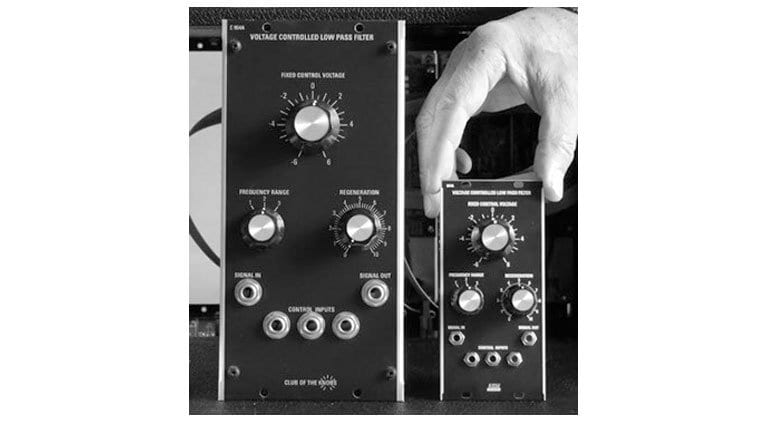 All the same modules are there including the 921 VCO and 921ABB VCO Bank, 904A LPF, 902 VCAs, 911 Envelopes, 907A Fixed Filter Bank and attenuators. The mixer section is slightly weird because on the original these are a smaller height than the rest of the modules and they’ve followed that through on this Eurorack version. They look great in their custom built cabinet but in a Eurorack case they’d need little brackets for them to fit. They’ve also added a MIDI/CV interface. 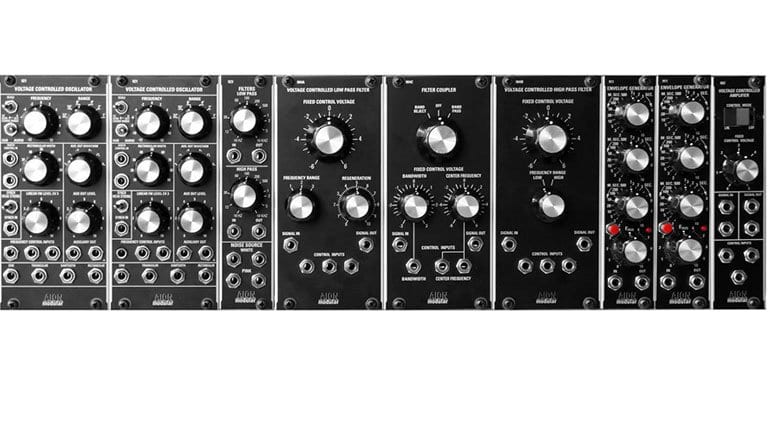 The Synthesizer Model 15 Eurorack is a great looking modular system that retains the classic lines of the original machine and would be a lot of fun to play with. Apparently, it will cost €2900 which is about a third of the recently reissued Moog Model 15. 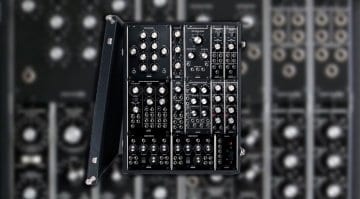 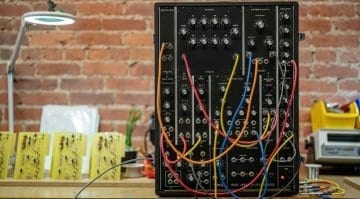 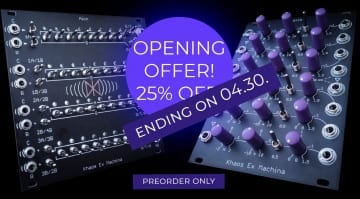