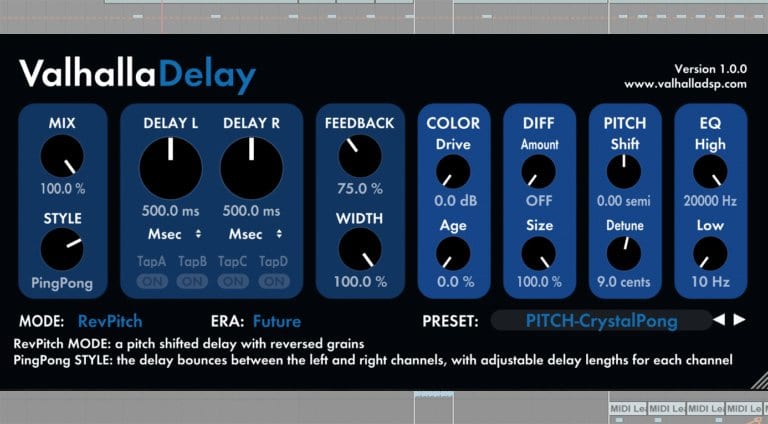 No more teasers! ValhallaDelay by ValhallaDSP is finally here. After making our mouths water with a series of YouTube videos and Soundcloud clips, developer Sean Costello aka ValhallaDSP has now released his newest effort. It wasn’t really a secret any more that he was working on a delay, but it’s only now that we know all the details. Here’s what ValhallaDelay can do.

Sean Costello has steadily made a name for himself with a series of outstanding and unique reverb plug-ins, which is why this new release is causing so much of a stir. Like reverb, delay is an effect that makes it hard to imagine anyone coming up with a new twist. But it seems that that’s what ValhallaDelay is – a fresh look at what is probably the most basic of all audio effects.

Like all ValhallaDSP plug-ins, ValhallaDelay features a flat, straightforward, modern-looking GUI and forgoes the glossy graphics of many other plug-ins. I’ve always been a fan of this, as it makes you focus on what you hear, not what you see. Photo-realistic skins like the newly released Pulsar Echorec are certainly nice to look at, but at the end of the day, it’s what’s inside that counts.

There are seven delay modes in ValhallaDelay: Tape, HiFi, BBD (bucket brigade), Digital, Ghost, Pitch, and Reverse Pitch. All of these can operate in five different “tape styles”, which control the behavior of the delay and number of voices: Single, Dual, Ratio, PingPong, and Quad. Depending on the mode and style you choose, the available controls change around a bit. The tape modes have wow and flutter controls, while the pitch modes offer pitch and detune. The maximum delay time is a whopping 20 seconds, but of course short delays in the millisecond range are also possible. The delay time can be synced to the tempo, including dotted and triplet options. 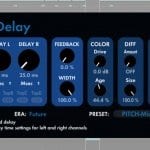 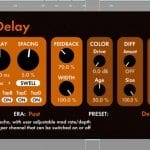 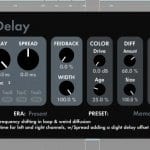 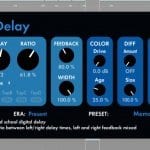 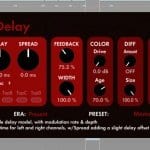 To further tune the sound of the delay, ValhallaDelay offers an “age” control, which lets you adjust the artifacts. As ValhallaDSP puts it: “Clean and shiny, old and dusty, or anywhere in between”. There is also an option to set the “era”, which switches between different variants of the delay modes. You can choose Past, Present, or Future – I can’t wait to find out what the future will bring!

ValhallaDelay also has a diffusion section that smoothes out the attacks of the delays, if desired. ValhallaDSP says that this can also operate as a delay in its own right, with a maximum of 20 seconds of diffusion time. I’m not yet sure what to make of this, but it sounds very interesting.

Looking at the responses from users, I see that the web is quickly filling up with comments like “instant buy” and “no-brainer”. And after hearing the sound examples, I think I’m going to chime in with that. ValhallaDelay looks like an awesome addition to any plug-in folder. At USD 50, it’s also affordable. 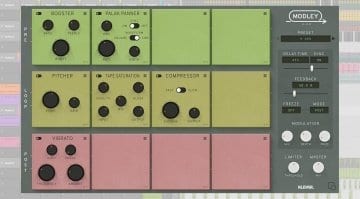 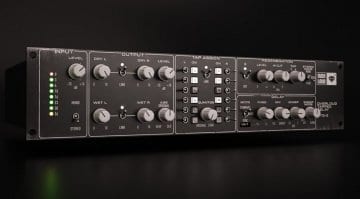