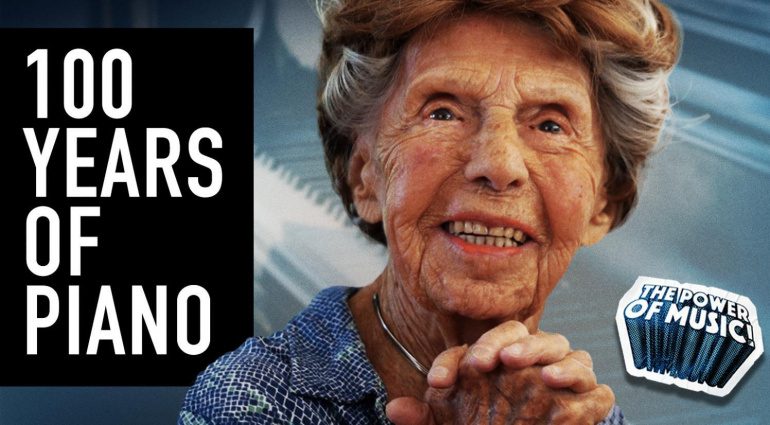 How long have you been playing your musical instrument? Colette Maze is the 107-year-old pianist that’s been playing the instrument for a century! You’ll find this story of one of the world’s oldest recording artists fascinating, regardless of what genre or instrument you call home.

Over A Century of Piano Playing

Let me ask you a question: How long have you been playing your musical instrument? 20 years? 10 years? Maybe only 10 weeks! Well, today it’s my privilege to bring you the story of Colette Maze, a woman who has been playing the piano for 100 years!

Last year, in 2021, Colette released an album with recordings of Debussy, making her one of the oldest recording pianists in the world. Her story absolutely enchanted me; as a pianist I found her insights and experiences extraordinary. But even if you’re not a pianist, I have no doubt you’ll find her story deeply inspirational. Colette’s story is instantly relatable to anyone who’s spent their life and passion attempting to master a musical instrument.

Born in Paris on June 16, 1914, Colette started playing the piano at the age of five. Incredibly, Colette has been at the piano every day since 1921!  Even now, over a century on, she still sits at her piano every day to practice for several hours.

In the 1930s, Colette studied in the class of Alfred Cortot, one of the foremost piano virtuosos in France at the time. Subsequently, Colette followed a life-long career as a piano teacher and accompanist. With one notable exception…

In the 1930s and 1940s, war spread through Europe and across globe in, changing countless lives dramatically. In this case, Colette was employed as a nurse in a hospital. You might expect this part of her story to be all about loss and express sadness but Colette is keen to point out the refuge and escape that music offered her during wartime.

Unable to practice on a piano, she instead practised on a tabletop, a method she says was common amongst many pianists during the war. Importantly, this makeshift “piano” allowed pianists to practice the “gymnastics” of piano playing, even in the worst adversity.

A love of The Romantics

It perhaps will come as little surprise to hear that Colette is a fan of the Romantic era and especially composers such as Debussy and Schumann. What you might be surprised to hear, though, is that Colette began her career as a recording artist at the late age of 85!

Despite coming from a wealthy family, Colette’s disinterest in the bourgeois lifestyle of her parents led her towards a modest lifestyle. You’ll often find a pianist accompanying dancers in training and Colette made a living doing the same. Furthermore, it was whilst practising some of these difficult pieces that fate lent a hand.

Colette’s son often slept in the room where she kept her piano and for this reason heard his mother playing on a daily basis. Comparing her performances with that he heard on the radio, he was convinced his mother was the equal, if not the superior, of those he heard being broadcast. Her son persuaded her to pursue a recording career – aged 85.

One of The Oldest Recording Artists

Last year, in 2021, Colette released her latest and 6th album “Un Siècle avec Debussy”. At the time of writing, Colette is 107 years old, so what does she attribute to her long life? Yoga, three eggs and a glass of wine are part of her daily routine. Without a doubt, however, the key ingredient is her love and passion for the piano. It’s an enduring and comforting relationship.

Inspiration for All Musicians

So what can you or I take from Colette? For me, writing up Colette’s story has given me great comfort. I, too, began playing piano at a young age and at considerably less than half of Colette’s age, I sometimes feel the piano is an instrument I will never master!

By the same token, isn’t it wonderful to know that music can provide a life long challenge? That the pursuit of the mastery of one’s instrument is a goal that can serve us a lifetime? Equally, it’s reassuring to know that it’s never too late to begin a career as a recording musician, just so long as your skills and abilities are worthy.

I really hope you’ve enjoyed reading this story as much as I have in bringing it to you. If you have 20 minutes to spare out of your busy day, sit back, and watch this wonderful interview with Colette. I defy you not to feel reinvigorated about your pursuit of music. 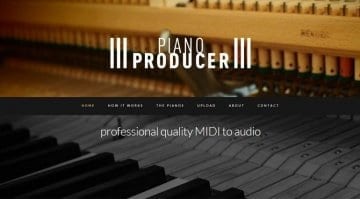 Piano Producer records MIDI files with the piano of your dreams 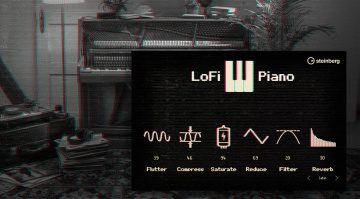 3 responses to “The Story of a 107-Year-Old Pianist: A Century of Piano Playing”

05 Jul · Robin, I definitely admit your view. You named the reason, therefore that backpack was created. Next step is a wholly assembled drum kit.