TC Helicon’s new TalkBox Synth guitar pedal is a modern take on the classic talk box/vocoder-style guitar effect that has been used on many famous hit records of the past. What exactly does this new updated effect have to offer?

The talkbox guitar effect is synonymous with a fair amount of hit records, including ones from artists such as Bon Jovi (“Living On A Prayer”) and Peter Frampton (“Show Me The Way”). You’ll all recognise the sound it makes and you may have even tried a few out yourself in the past. The old original ones used a tube which you put in your mouth and so were pretty disgusting and prone to getting full of dribble!

Thankfully, TC’s TalkBox synth uses a regular microphone instead of the tube system. There’s also a direct out to a PA to avoid guitar cabinet feedback as well, which was always a problem with the vintage units, as they fed everything through to  your amp.

A slew of updated presets includes a vocoder and four synth patches as well as the more traditional talking guitar effect. The pedal also has a built-in reverb with Room, Studio and Hall presets, a Tone button for adaptive EQ and automatic chromatic pitch correction.

That’s a lot more advanced then the old ‘spit tube’ vintage versions and has some really nice welcome additions, especially that pitch correction, so you’ll actually be in tune when you use it.

Simple to use, fast to set up

In theory, this effect should be a lot faster to set up. making it easier for gigging guitarists who will also have to lug around less stuff in their gig bags. You also get a built in low noise microphone preamp with phantom power, so just feed your mic into the TC-Helicon TalkBox directly and you should be good to go. It runs from a regular 9V power supply, so it’s also compatible with your pedalboard.

You can update the patches via a built in USB port and use the VoiceSupport application for updates via your computer. I also like that it supports the  TC-Helicon MP-75, MP-76  and Sennheiser e835 FX microphones directly, much like their Critical Mass pedal does as well.

If you’re into this type of effect, this pedal looks like it’s offering a lot for your money. I would highly recommend watching the official TC-Helicon demo video below to hear what all the fuss is about. 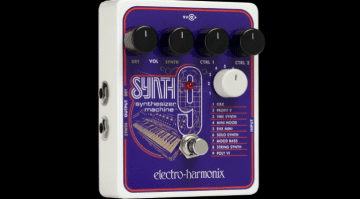 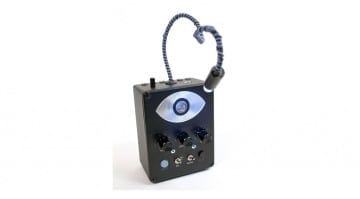